Skip to content
I managed to get my hands on a loaner E-M5 Mark III again from Olympus Malaysia, and I intend to shoot a bit more with the camera, and do a few more videos on YouTube. I made one exploring a few things that Olympus quietly changed in the camera which I believe no one has mentioned about yet. These minor changes may not be gamechangers and are certainly not worth making a big fuss about, but I do welcome any small incremental improvements, especially on menu and operational side of things.
1) ANTI SHOCK IS NOW AUTOMATED
1) ANTI SHOCK IS HIDDEN (CORRECTED)
Shutter vibration is a real issue, any camera with moving physical shutter mechanism will induce shutter shock to a certain degree. The smaller build and lighter weight of E-M5 Mark III amplifies this issue, having less weight and bulk to dampen the vibration caused by shutter movement. An effective method to mitigate shutter vibration is to enable anti-shock on Olympus cameras. Anti-shock is the option to use electronic first curtain shutter, meaning that the opening of shutter involves no physical shutter movement, and the image sensor “turned on” digitally, hence successfully preventing any possible vibration caused by the shutter. Previously in any Olympus camera, this is an optional setting that can be switched on and off.

However in E-M5 Mark III, the Anti-Shock setting is now permanently turned on, hence any image taken at shutter speeds of 1/320 sec or slower will be shot with Anti-Shock (electronic first curtain shutter). Anything faster than 1/320 sec, E-M5 Mark III employs the normal shutter mechanism. This makes perfect sense because at 1/320 sec or faster shutter speeds, there should not be any vibration recorded in the image.

2) LIVE SUPER CONTROL PANEL IS ON BY DEFAULT
Super control panel is one of the best things in an Olympus camera, allowing quick adjustments of important settings, all laid out neatly within a single page. For some unexplained reasons, Olympus hid the option of Live Super Control Panel which is off by default. For most Olympus cameras, you need to dive deep into the menu system to turn it on. For E-M5 Mark III (and E-M1X), the Live Super Control Panel is now turned on by default, and can be called up by pressing the OK button while shooting via the Live View on LCD screen or EVF.
3) LIVE VIEW BOOST IS OFF BY DEFAULT DURING MANUAL SHOOTING
Yet another one of weird decisions by Olympus in most of their previous cameras, the Live View Boost is turned ON by default when Manual shooting mode is engaged. When the Live View Boost is turned on, you lose the advantage of WYSIWYG (What you see is what you get) while shooting. Typically, when live view boost is turned off, when we adjust the ISO, aperture or shutter speed, the exposure changes are simulated live on the LCD screen or EVF, allowing us to have live preview of the exposure as we shoot. This allows us to get the best exposure setting possible, preventing over or underexposed shots. Olympus disables this, for no apparent useful reasons, for most of their cameras. Thankfully in E-M5 Mark III, they had the sense to have the Live View Boost switched OFF by default when shooting manual. 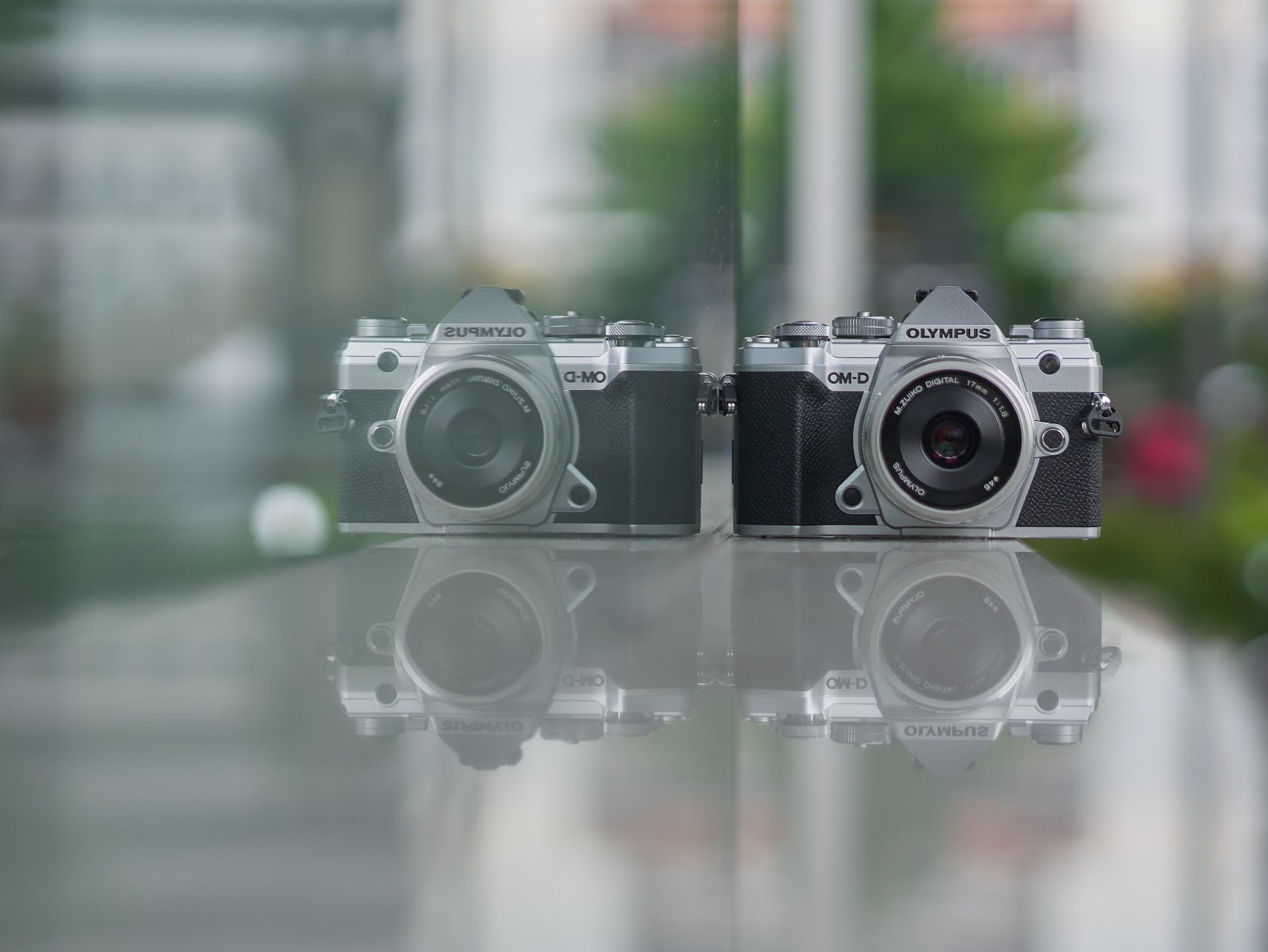 4) LSF JPEG SETTING IS NOT HIDDEN ANYMORE
For all Olympus digital cameras since the beginning of time, they have taken great measures to hide their best possible JPEG compression setting, which is the LSF (Large Super Fine) setting. To enable it, you need to dive deeeeeeeep into the menu to find it. In the current new cameras, E-M1X and also now the E-M5 Mark III, LSF is no longer hidden. It can be accessed as an option for JPEG quality directly from the super control panel.
5) NEW “B” MODE FOR BULB, LIVE TIME & LIVE COMPOSITE
Olympus introduced a new item in their mode dial, a “B” mode which has the 3 settings Bulb, Live Time and Live Composite shifted there in a dedicated slot. Previously, to activate Bulb, Live Time and Live Composite mode, you need to turn the camera to M (Manual), then scroll the shutter speed dial to the slowest 60 seconds setting and then turn it further to reach Bulb and subsequent settings. This was quite troublesome and honestly, not a very convenient way to activating some of the most useful and advanced features in Olympus cameras. Olympus knew this, and they made a quick workaround in E-M10 Mark III and E-PL9, shifting the Live Composite mode to AP photo mode (Advanced Photo). For E-M1X and now the E-M5 Mark III, Bulb, Live Time and Live Composite modes can be accessed directly from the dedicated B mode on the mode dial. I wish this is the same for all other Olympus cameras from now onward.
Another change worth mentioning, which I have noted in my earlier review article/video of the E-M5 Mark III, is the removal of the “Fn” buttons. In all previous Olympus cameras, there are Fn labels, marking Function Buttons which can be customized to feature shortcuts. The labels all over the camera would be Fn1, Fn2, Fn3, and so on. This may not be a huge thing, but taking out the Fn labels resulted in a cleaner, more simplistic design and I love the less cluttered look of the buttons without the labels. Minimalist is the way to go, a cleaner and leaner look is surely more modern and sleek looking. At the same time, you don’t  lose anything, you can still fully customize all the buttons and reassign their functions to whatever other features you prefer.
I do appreciate the small efforts Olympus did to improve their cameras, but hey, I also believe they should rework their entire menu system and utilize more touch operated controls for quicker access and more simplistic use of the camera. I really wish they have included the MyMenu option from E-M1X, but I guess I can only dream for now.
What do you guys think of the small changes made in the E-M5 Mark III?