Skip to content
BLACK DAY is a photography book by Ekkarat Punyatara, a National Geographic photographer and photo editor from Thailand. Ekkarat undertook a year long photography project to chronicle the mourning phenomenon of Thailand after the loss of their much beloved great King in 2016. This project was deeply personal for Ekkarat, as he expressed not only himself, but also the love of Thai people toward the King in his book. I fell in love with the book the moment Ekkarat showed it to me, and I bought one immediately. This was the most expensive photography book that I have purchased in my life thus far (RM350/USD80). I have had the chance to interview Ekkarat during our recent meet up in Penang for the OBSCURA Festival of Photography (we both conducted workshops and gave talks at the festival), and I thought it would be awesome to do a video interview with Ekkarat on his book, Black Day!

Check out Ekkarat Punyatara’s work on his Portfolio site and Instagram.
The book BLACK DAY is in limited print, only 89 copies available, and is running out fast. If you are interested in a copy, please contact Ekkarat as soon as possible. Contact details here (click).

I had the privilege to meet Ekkarat Punyatara from an Olympus Visionary photography trip to South Africa late last year. He is an amazingly talented photographer and I like how he sees the world differently, producing interesting photography work with unusual perspectives.

Being an active National Geographic photographer, Ekkarat was tasked to document the passing of the King in 2016. However, as a local Thai, Ekkarat decided to do a personal photography project to express his own feelings freely, without the boundaries and obligations that came with being a photo journalist. He wanted to look for ways to show the love of himself and Thai people toward the King, who was so beloved by the whole nation. This phenomenon was possibly the last occurrence in the world – the impact of the King’s passing was felt nationwide, everyone just stopped functioning and mourned the Black Day. 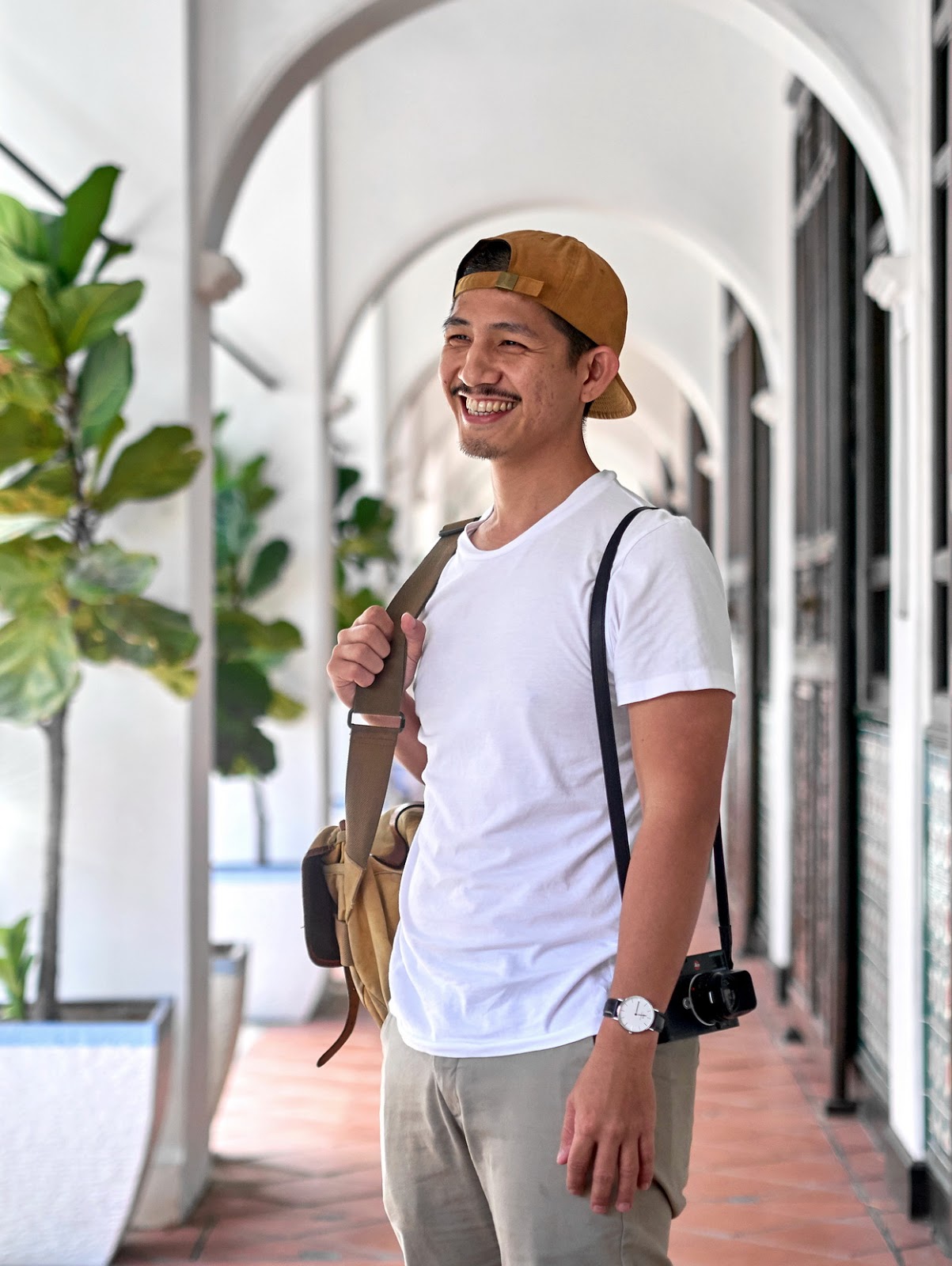 The key themes observed from the photographs shown in BLACK DAY were sadness, loss, darkness and love. The use of dark tones, literally over-splurging of black ink an every single page had a huge impact on the overall message the book was trying to convey. The images were mostly dark, with muted colors and very quiet, and at some degrees, heart-breaking. There were a wide variety of images shown in this series, from the scenes of people outside the Golden  Palace’s walls, to toned down wedding and festivity celebrations, to close up portraits of expressions on people feeling the loss of the King. The effort and time spent on creating this tightly curated series of images was nothing short of incredible, and the outcome breathtaking.

Ekkarat shared his challenges during the shooting process, as he traveled across the country to find images from people at various places. It was a full year long shooting process, and from the many photographs he had taken, he narrowed them down to only 29 to be shown in the book. The tight edit was necessary, as Ekkarat wanted the book to be viewed in one seating only, from start to finish. He wanted the visual story-telling in the book to be consumed in one full viewing session,  much like a film. 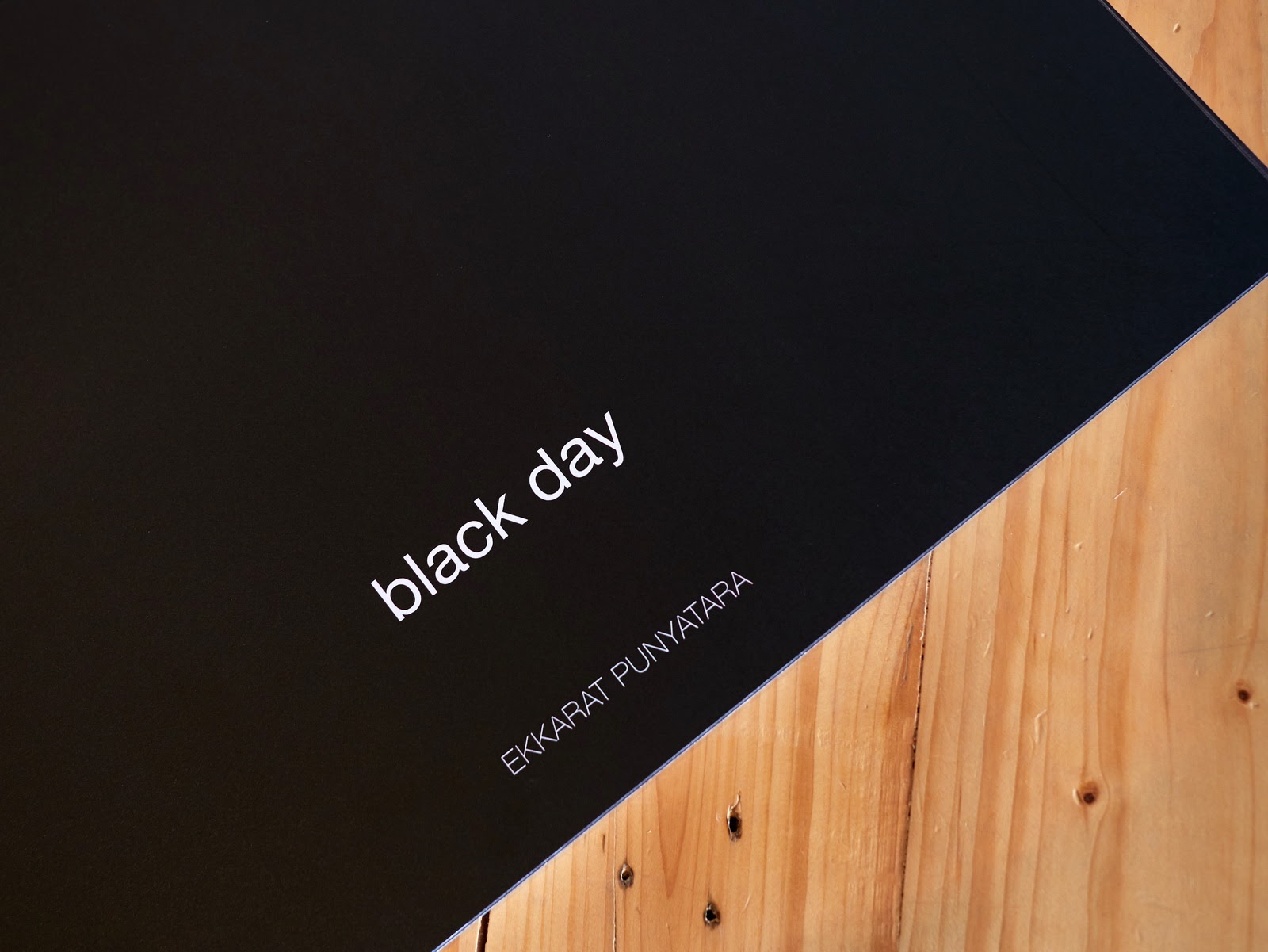 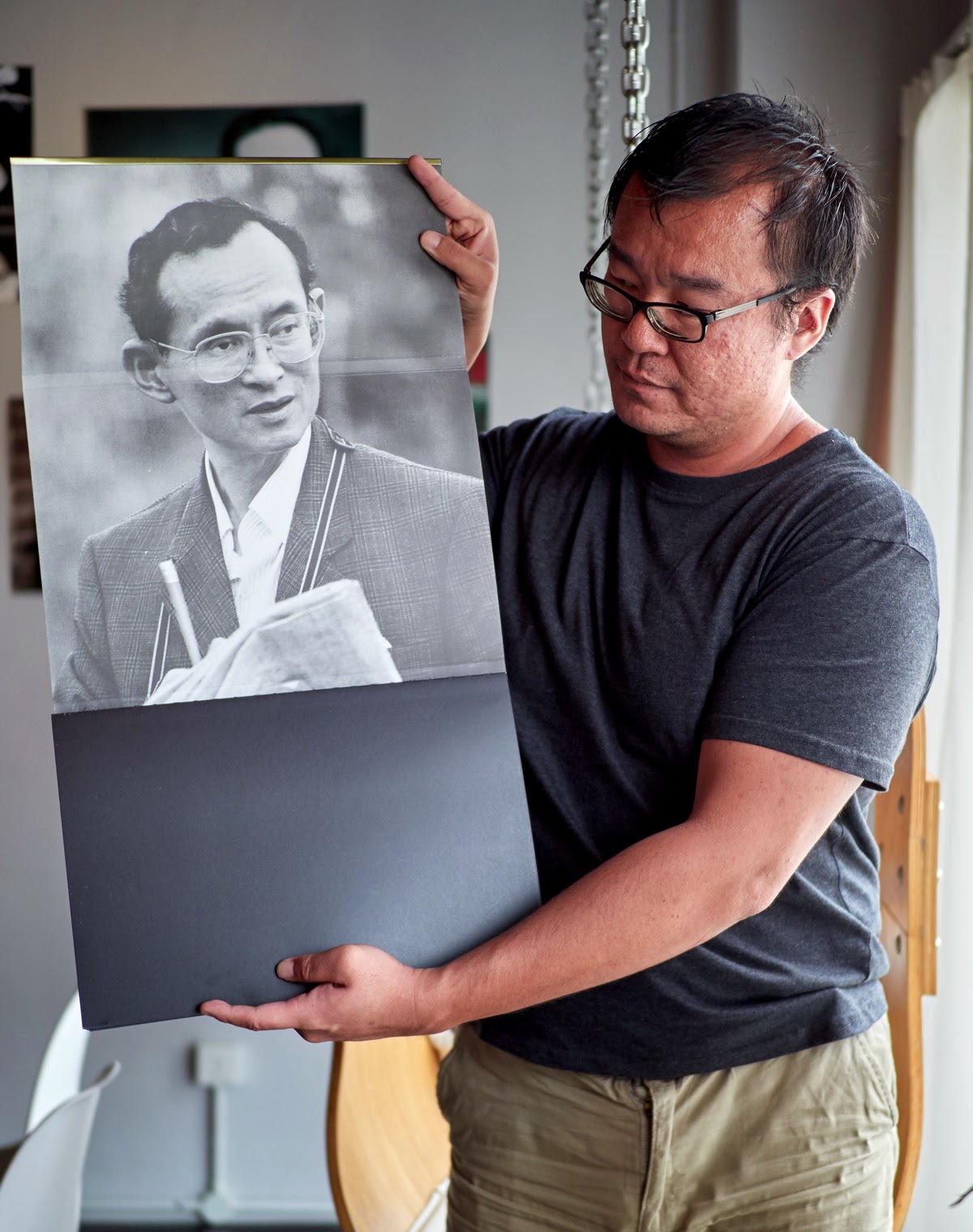 The calendar design was an interesting aspect of the book making. Ekkarat emphasized that he wanted to make the book symbolic of Thai people’s love for the King. It is a common sight in Thai homes, having local calendars hanging with a prominent King’s portrait at the top of the calendar. He took this inspiration and had his BLACK DAY book designed in a similar manner, mimicking a local Thai calendar. This made the book a lot more personal and intimate for Thai.

The printing process was a huge challenge for Ekkarat, as he wanted the prints to look a certain way, based on his artistic direction. His creative style of very dark images, heavily emphasizing on blacks was not an easy feat for any printers. He has searched high and low for the right printer to do the job. The blacks in the pages were black ink on white paper. Also the task of hand-binding the book was tedious for the printers to make. The result was spectacular, I have never known that black can be so beautiful on print, and Ekkarat’s vision was realized in this book. The overwhelming emotion of silence and sadness was evident in all images. It was indeed a break-away from my usual own photography approach of bright, sunny, colorful tones that I adopt for my own shooting.

Ekkarat intentionally made only 89 copies of BLACK DAY to represent the age of the King at 89 when he passed away. 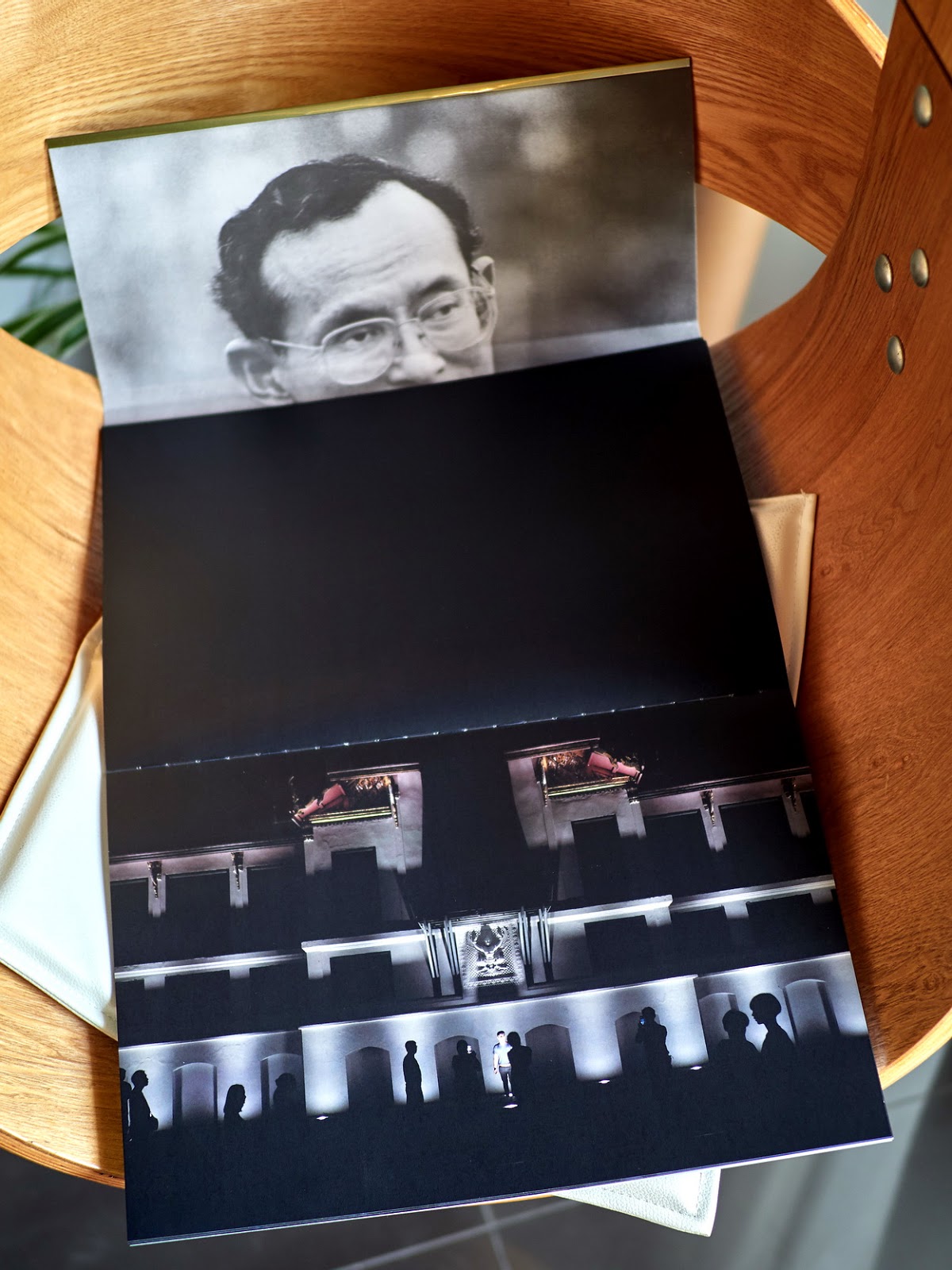 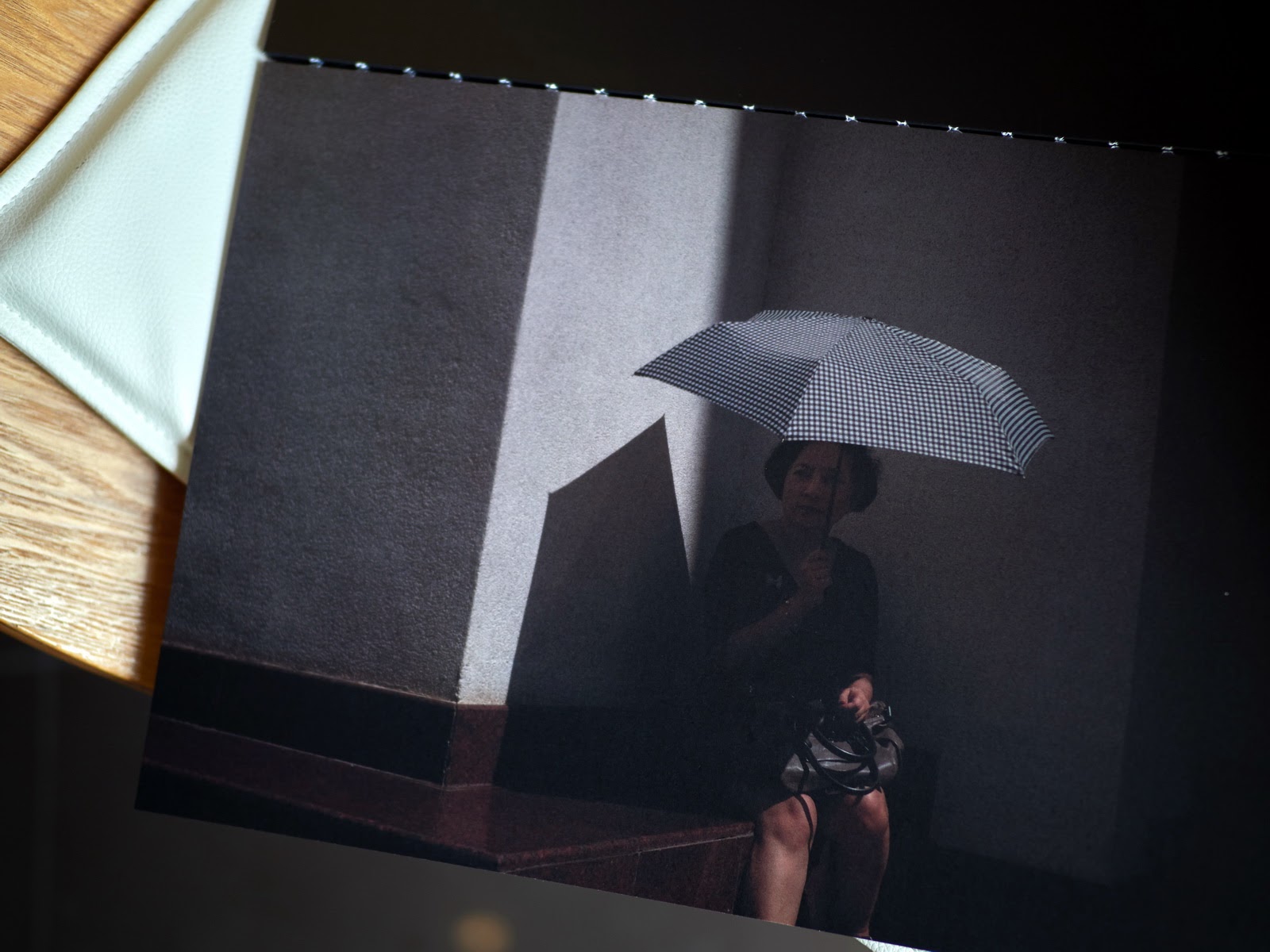 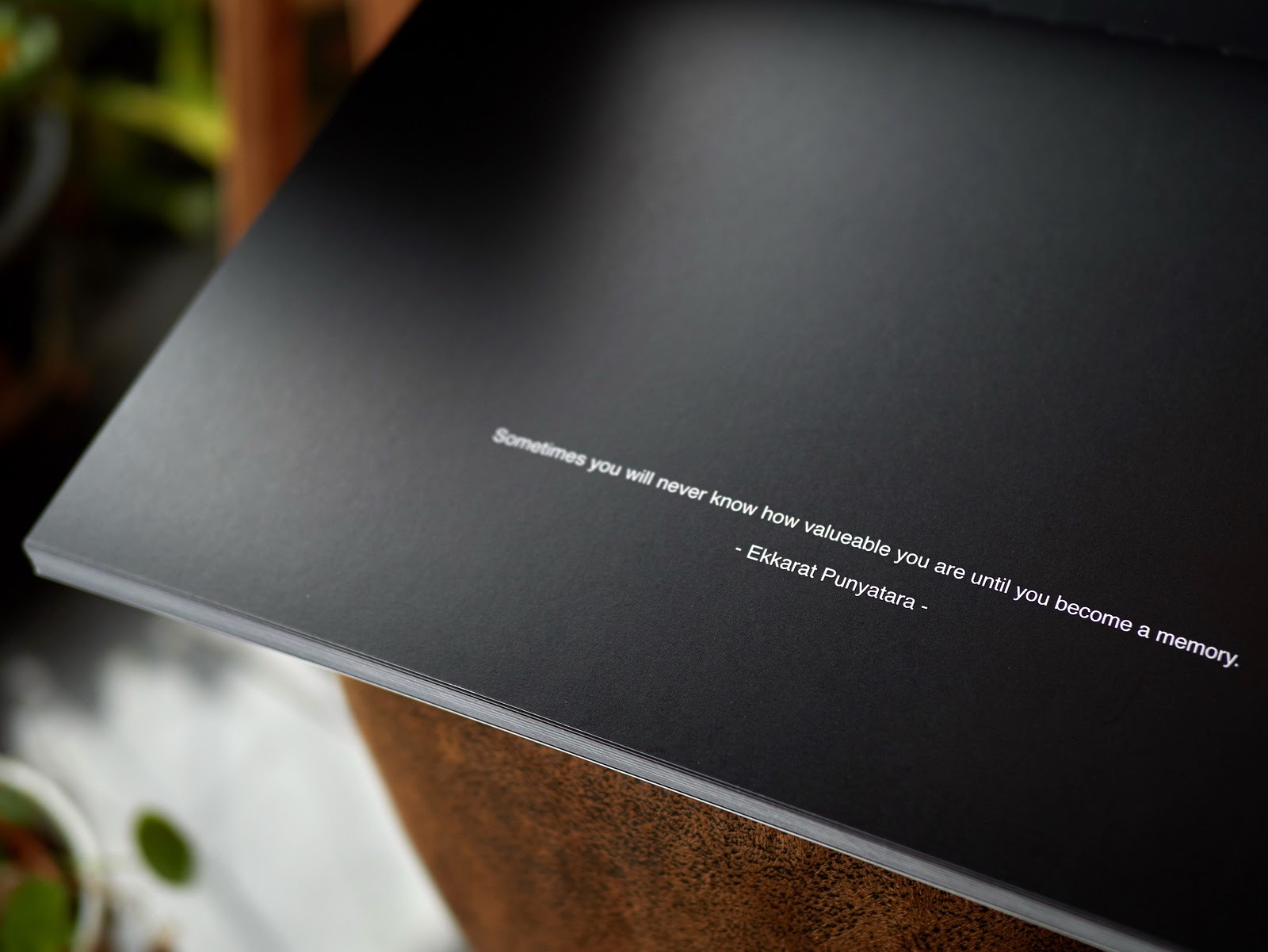 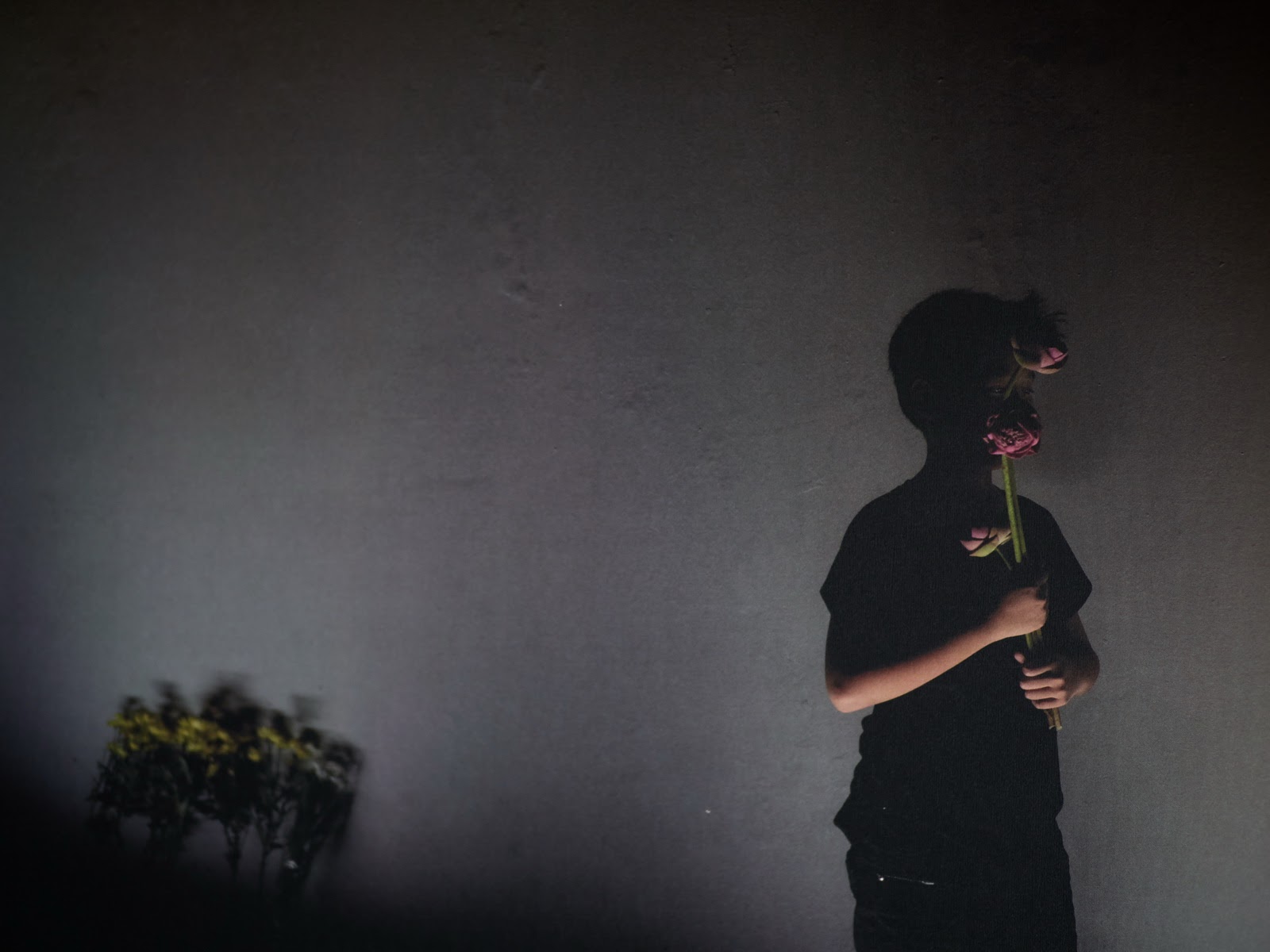 Ekkarat told me that after doing so many exhibitions, being published in magazines and have been an accomplished photographer in general, now his aim in making the BLACK DAY was to create an art piece.

If you are in Kuala Lumpur, Malaysia visiting and we are meeting up for coffee, I may just bring along Ekkarat’s  BLACK DAY book to show you!