Skip to content
Olympus has a few announcements today – a minor update for E-M1X firmware to version 1.1, quite a significant rework of E-M1 Mark II’s firmware to version 3.0 and a few new features in Olympus Workspace. I was informed by Olympus Malaysia that all these items are available for download immediately after the worldwide announcement. In this particular blog entry, I am exploring the new Firmware 3.0 for Olympus OM-D E-M1 Mark II, which happens to be my workhorse that I use for commercial shoots as well as personal projects.

For those of you who prefer watching a video over reading a lengthy article, here is one of me quickly going through the main improvements in the new Firmware 3.0 for E-M1 Mark II.

Here is the list of improvements in the new Firmware 3.0

1) E-M1X AF ALGORITHM PORTED OVER TO E-M1 MARK II
Improvements of AF in E-M1 Mark II
– new algorithm for both S-AF and C-AF
– improved C-AF for movie recording
– low light AF down to -6EV with F1.2 PRO lens
– new 25 AF point grouping with C-AF Center priority
– C-AF + MF added
Olympus has refreshed their AF system in the latest E-M1X and I have claimed numerous improvements on AF performance in my review article here (click). Both S-AF and C-AF performance, in terms of focusing speed and accuracy have been enhanced. I particularly noticed better AF when dealing with messy background or backlit situations. AF improvement is made for both stills and video recording. C-AF in E-M1X’s video, according to DPReview’s own review, is the best for any Micro Four Thirds camera. This same AF for video is now applicable for E-M1 Mark II too. Additionally, in extreme low light environment, the E-M1 Mark II now is able to perform AF effectively down to -6EV light levels, with the use of F1.2 PRO lenses. I also notice improvements of focusing in low light using F1.8 prime lenses.

Since we are on the topic of AF, one minor change that I did not like happening, was the relocation of S-AF + MF option to the menu. Previously, S-AF + MF can be activated via the super control panel. Unfortunately, now you need to dive deep into the labyrinth menu to get it turned on. Also, there is no customizable shortcut for this important feature. This was not an issue for E-M1X, because I can rearrange the entire menu in “My Menu” setup. Now when I do heavy macro shooting, switching the S-AF + MF on and off will be problematic.

2) HIGH ISO IMPROVEMENT 1/3 EV STEPS IN JPEG SHOOTING
Olympus claims about 1/3 EV Steps improvement when shooting high ISO with the new Firmware 3.0. This is only applicable for JPEG files, so if you are a JPEG shooter or do rely on straight out of camera JPEGs for quick delivery, the minor bump in high ISO shooting is surely a benefit. I can’t say that 1/3EV improvement makes a significant difference, but I also must acknowledge that E-M1 Mark II was released in 2016, and in 2019, any new refresh or enhancement is definitely a welcome.

3) ISO L64 AND L100 FOR DETAIL PROCESSING PRIORITY
Instead of just the mysterious ISO LOW, now the new Firmware 3.0 has low ISO expansion to two settings – ISO L64 abd L100. Olympus also mentioned that when these settings are engaged, the camera will prioritize processing more optimized detail capture for the image. I personally will still stay with ISO200 most of the time, as ISO200 is the true native base ISO for E-M1 Mark II, hence granting me the best dynamic range. To me, better dynamic range is more crucial than additional details or sharpness. I have shot extensively over the years with ISO200 and was already very happy with what the E-M1 Mark II can deliver. 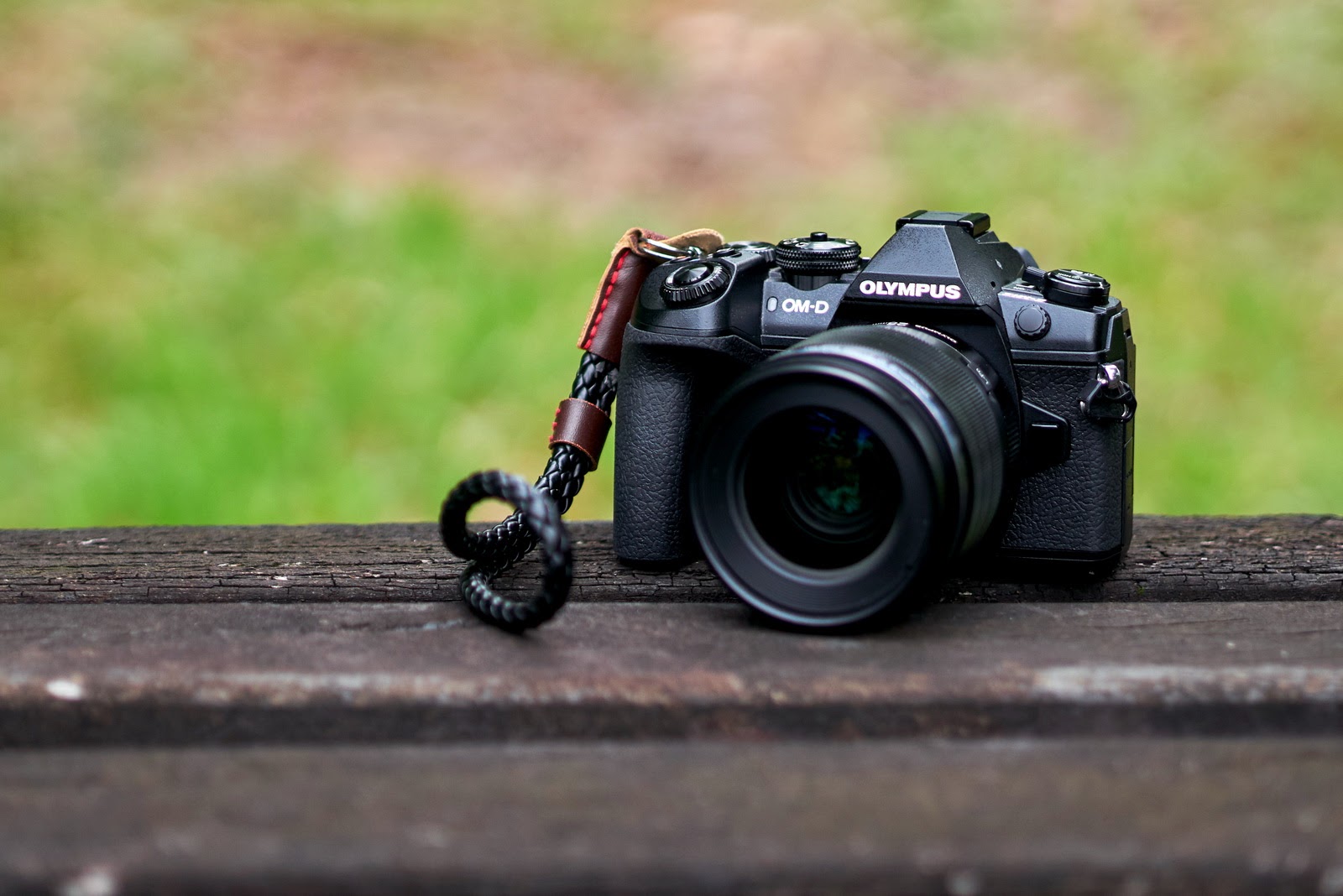 5) OM-LOG400 PROFILE ADDED FOR VIDEO RECORDING
For those doing heavy video shooting, the new OM-LOG400 profile as found in E-M1X is now available for E-M1 Mark II. This profile is surely more advantageous when it comes to maximizing dynamic range captured in the video file, as well as offering better flexibility for post-production video work. I am no video expert, I rarely do any video-centric work, so I shall not add any further comments.

6) NO CAMERA FREEZE DURING “BUSY WRITING TO SD CARD”
Previously, the camera locks up or freezes after long burst sequential shooting, allowing the camera to clear the buffer. While the camera is writing to the card, shooting can still be resumed as long as the buffer is not full, but the previous firmware disallow any changes to camera settings or adjustments. The new Firmware 3.0 allows changes of any settings in the camera while the it is busy writing to the card, as well as previewing previously recorded images.

7) OTHER FEATURES AND IMPROVEMENTS IN FIRMWARE 3.0
– Anti-flicker shooting added
– Frame rate priority for Live View Boost On2
– From 3 to 15 shots can be selected in Focus Stacking and guide lines have been added to the shooting area
– Quick image selection added
– Instant Film added to Art Filter

Here are some samples taken with the new Art Filter, INSTANT FILM 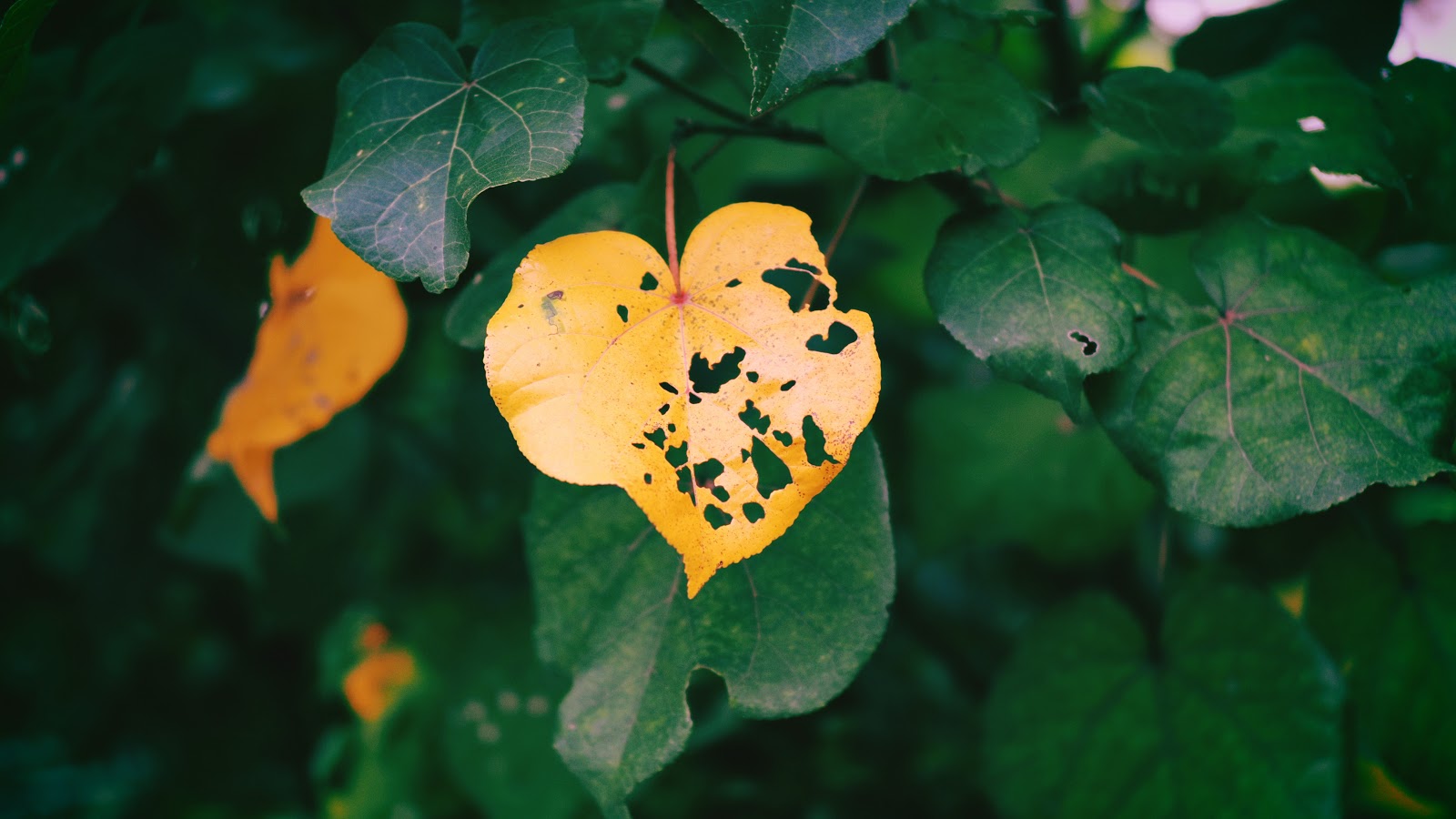 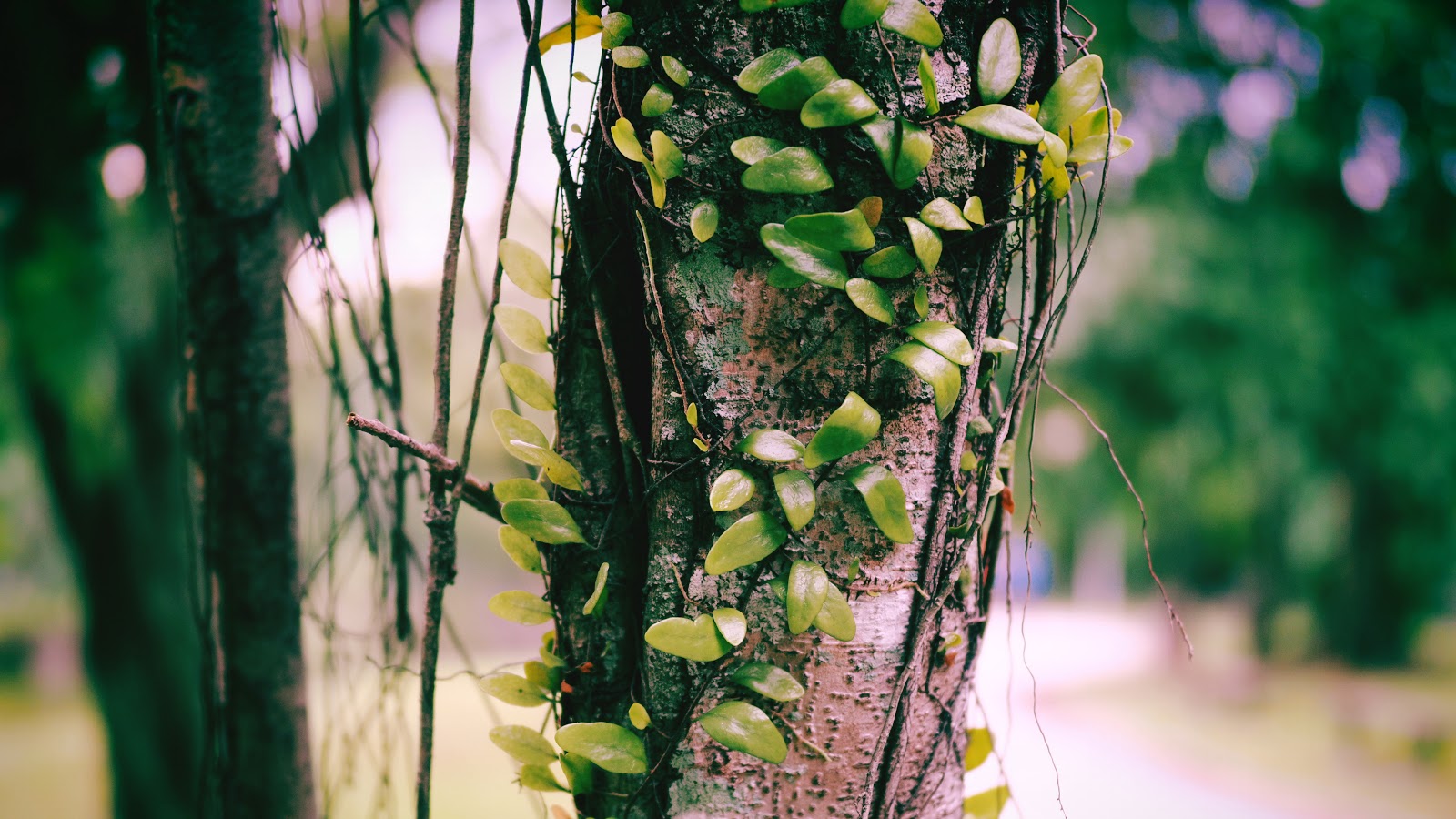 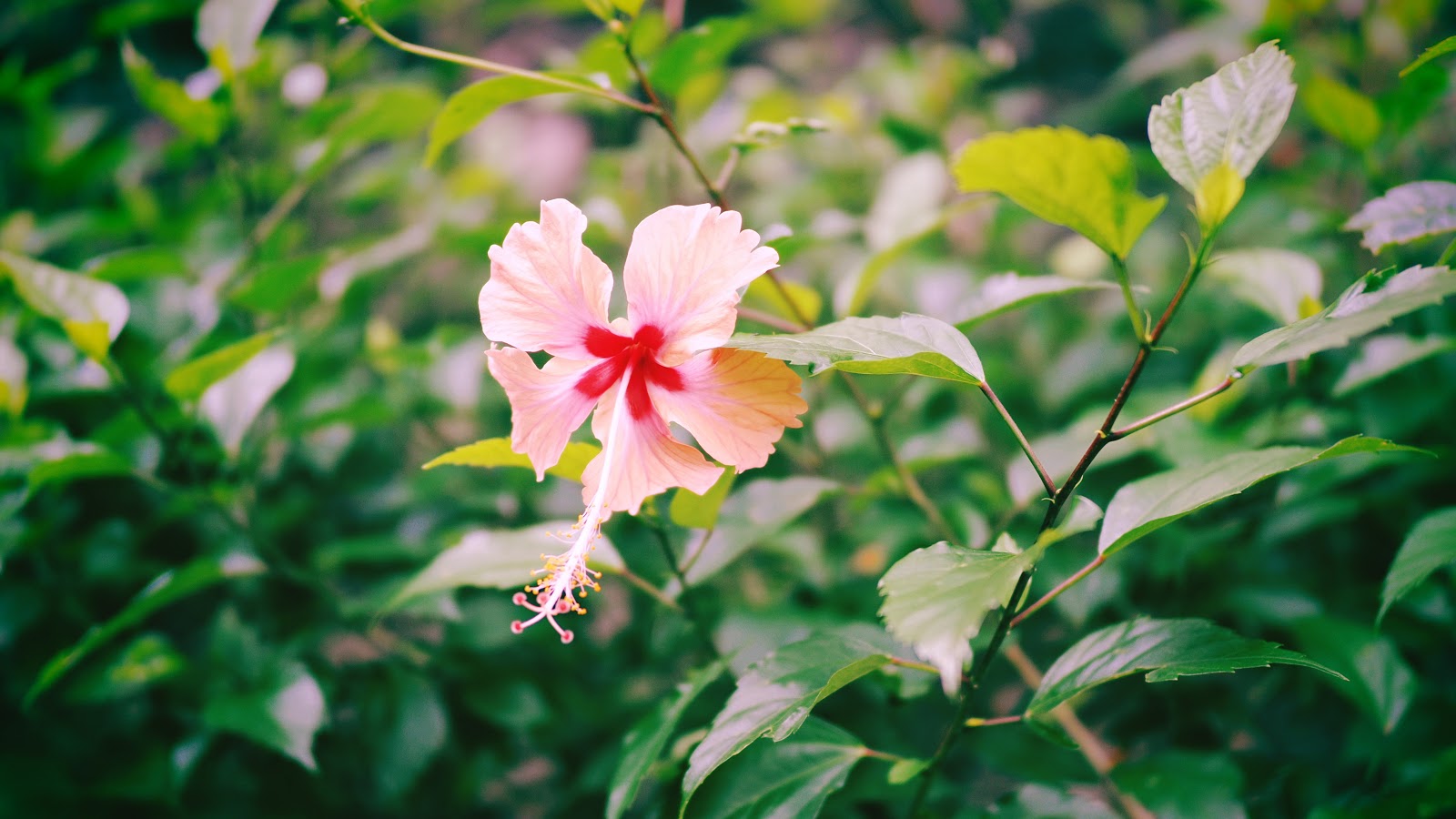 I applaud Olympus for providing such a significant update for E-M1 Mark II. After all, this camera has been around since 2016, with the updated and reworked camera features, the new Firmware 3.0 brings E-M1 Mark II closer to E-M1X especially when it comes to AF improvement, which to me is a critical upgrade. This will directly affect the camera performance across all shooting scenarios.

What are our thoughts on the new Firmware 3.0 for E-M1 Mark II? What other features would you like to have added into the coming Firmware 4.0, if Olympus plans to make it happen down the road? I want to hear from you!