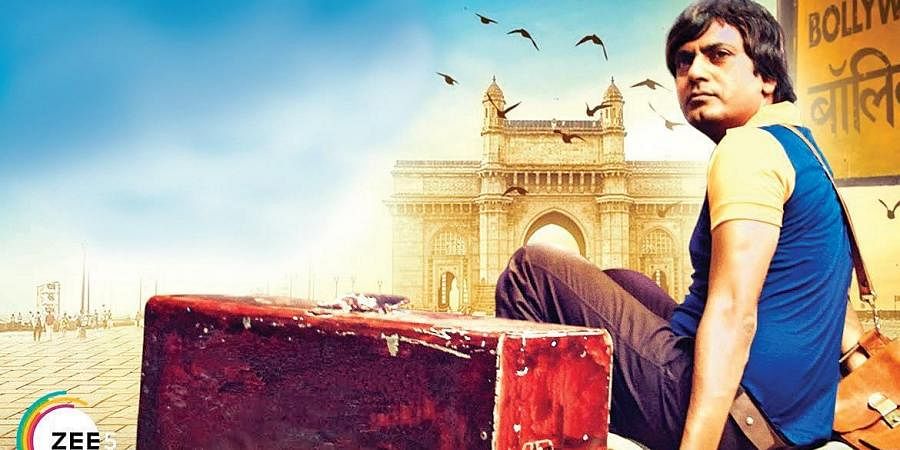 Ghoomketu runs away from his quaint little town of Mahona to the bustling city of Mumbai to become a writer. He is someone who says, “Struggle karta hoon,” when asked what he does in life. Sipping on a cutting chai, he narrates one of his scripts to a sympathetic, but busy young kid who works in the shop. When he begins his narration, the kid tells him, “Picture ka end bata. End achchi hai toh picture chalegi, nahi to pitegi. Beech mein jo hota hai, usse fark nahi padta (Just tell me the climax, no one cares about the middle portions).” Looking at Ghoomketu, a film that was in the cans for almost six years, this line feels like meta-commentary.

Though powered by very strong performances, Ghoomketu too is brought down at times by a middling middle portion, but the sheer outlandishness of the narration tries to do a bit of salvaging. There is a lot of fourthwall- breaking by a hilarious Nawazuddin Siddiqui and this trope is milked for adequate laughs, albeit a bit too much. If this film had been released as planned, it would have been a terrific companion piece to Dibakar Banerjee’s short in Bombay Talkies. A struggling actor there, a struggling writer here. While this should have been Nawazuddin’s first brush with a completely oddball character, we have by now seen him as an empathetic but fun journalist in Bajrangi Bhaijaan, a gangster-turned-golfer in Freaky Ali, and even a gangster- turned-dancer in Munna Michael.

However, he is still a delight as Ghoomketu, and his brazen and cavalier attitude towards Mumbai, cinema, and life in general, adds a lot of colour to the proceedings. Ghoomketu could have been an interesting parody of quintessential Bollywood tropes, but it blows hot and cold just like the character sketches written by director-writer Pushpendra Nath Misra. He hits some out of the park and disappoints with others. Ila Arun as Ghoomketu’s aunt Santu Bua and Brijendra Kala as Editor Joshi make their case for getting better roles in Bollywood. But the one-note roles of Raghubir Yadav (Ghoomketu’s dad), Anurag Kashyap (Inspector Badlani), and Swanand Kirkire (Ghoomketu’s uncle Guddan) fail to impress.

However, this doesn’t stop these actors from giving it their all and providing unabashed entertainment, albeit in spurts. Look out for the movie narration scene with Ila Arun and Nawazuddin that is inspired by Kadhalikka Neramillai and a poignant interaction between Raghubir Yadav and Nawaz to show how some of these actors could have been better utilised in Ghoomketu. There are cameos by Ranveer Singh, Sonakshi Sinha, and Chitrangada Singh as Ghoomketu narrates the various scripts he writes during the course of the film. Seeing Ranveer in his Kill Dil avatar is one of those things that make the film seem dated. Though these cameos don’t exactly hit the mark, it is fun to see them mouth Ghoomketu’s inane dialogues.

The film is filled with so much well-intentioned corniness and surprisingly wellbalanced quirkiness (aided by some wonderful music by Jasleen Royal and Sneha Khanwalkar) that the running gag of Ghoomketu’s ‘overweight’ wife seems not just unwarranted but also a letdown. An Amitabh Bachchan cameo towards the end and Anurag Kashyap finally getting a meaty scene, ensures that Ghoomketu gets the wacky ending it thoroughly deserves. Tying things together in under 100 minutes, Ghoomketu just about manages to keep us invested in the randomness of it all.

But with names like Siddiqui, Kashyap, Kala, and Arun involved, barely manages just doesn’t cut it. At one point towards the end of the film, Ghoomketu is reminded of a statement made by his school teacher, “Exam achcha ho ya bura… paper jamaa kar ke aana chaahiye…” (Irrespective of how the exam went, it is important to submit the answer sheet). Unfortunately for Ghoomketu, it doesn’t quite work that way in cinema; an A for effort and ingenuity isn’t always enough if you barely pass the rest.