Skip to content
Following up my article (and video) of the Olympus M.Zuiko 75-300mm F4.8-6.7 Mark II mini review, I thought why not do something at the complete opposite end of the spectrum – an ultra wide angle lens? I have also asked for a loaner unit for the Olympus M.Zuiko 9-18mm F4-5.6 lens and I have spent an entire afternoon shooting with this underrated lens. Being so small, light and compact, this lens deserves a bit more attention, and here is my mini review of the Olympus M.Zuiko 9-18mm lens.
The Olympus 9-18mm was originally designed for Olympus DSLR cameras, there was a Four Thirds Zuiko version of the lens. When Olympus initially made that lens, they were very proud of their achievement especially in the Dual Super Aspherical (DSA) lens element used in the 9-18mm lens. The DSA lens element was particularly difficult to design, make and mass manufacture, with the center of the lens element being extremely thin and fragile. Olympus prides themselves to be able to overcome the challenges and included the DSA into their 9-18mm lens, making the lens truly small, compact and light yet with no image quality compromise, delivering sharp images. The same DNA is also found in the later M.Zuiko version of the 9-18mm made for Olympus Micro Four Thirds system, having similar DSA lens element.
The lens is extremely small and light. It is about the same size as an Olympus prime lens, such as the M.Zuiko 25mm F1.8, which makes it quite incredible, being a zoom lens and having an ultra wide angle coverage. The lens weighs only 155g, being so compact and light, the Olympus 9-18mm matches the smaller bodies such as PEN E-PL9 or OM-D E-M10 series very well. Perhaps some will be quick to point out that at 9mm (18mm in 35mm format) is not exactly very wide in the world of ultra wide angle lenses, but 9mm is still a lot wider than the typical coverage from the Olympus kit lens 14-42mm EZ lens or even the M.Zuiko 12-40mm F2.8 PRO lens. While I do not see myself using ultra wide angle lens that much, but I admit there were critical times when that extra width can make a difference, and having the 9mm wide coverage can be a lifesaver. When you need it, you need it, there are just no other solutions that can replace a true wide angle lens. 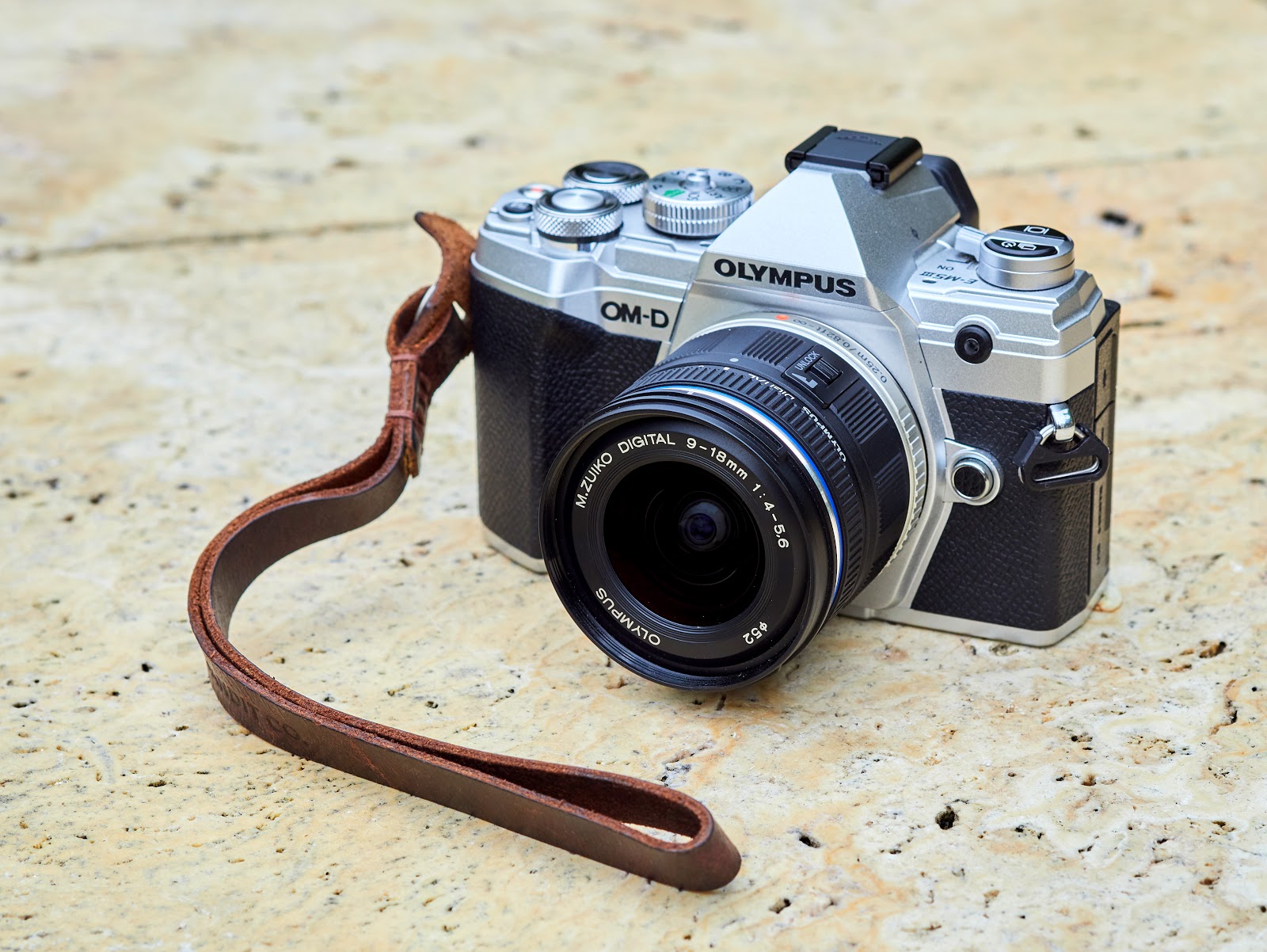 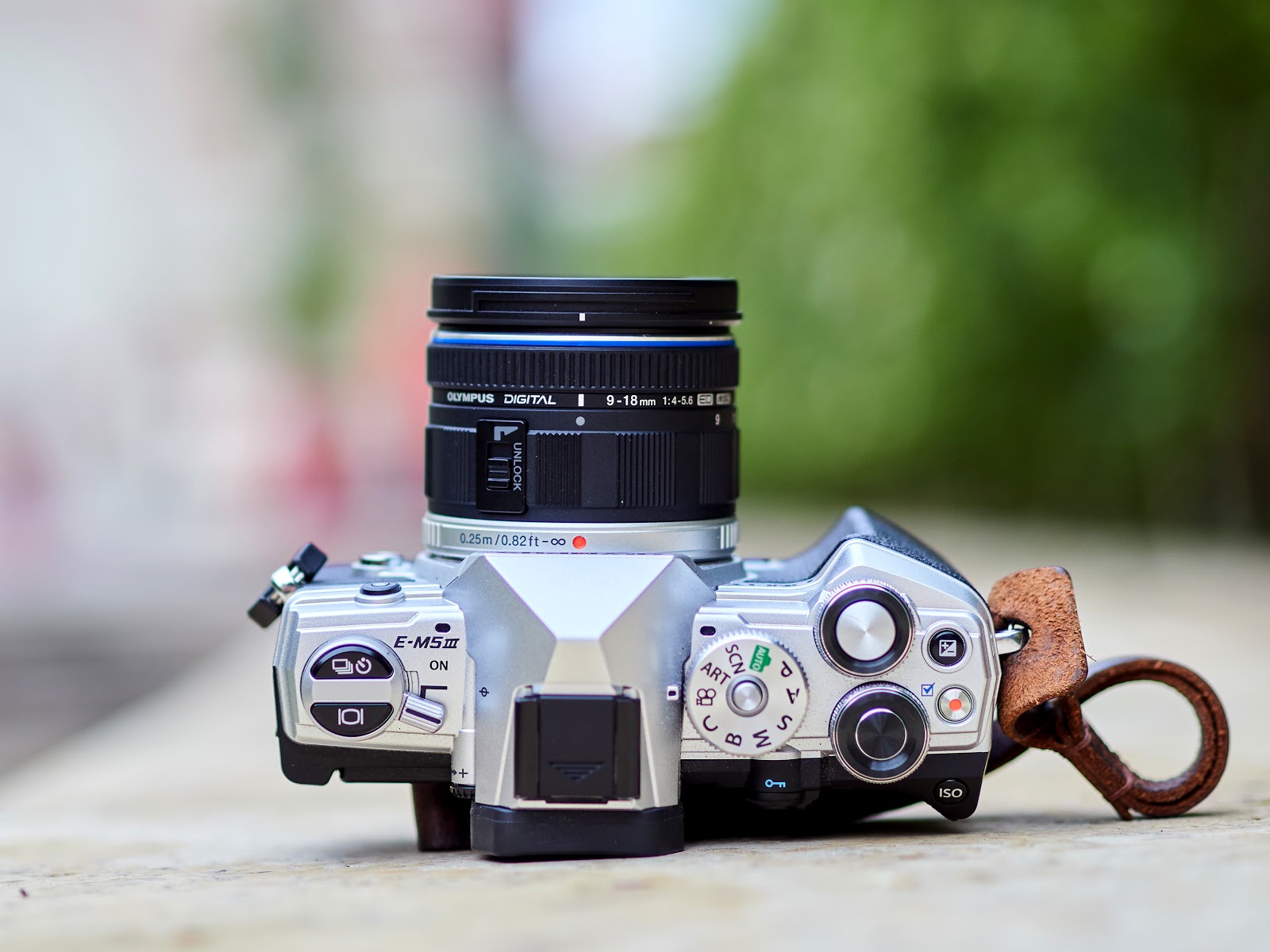 Spending about an afternoon shooting around the city, I find myself enjoying the Olympus M.Zuiko 9-18mm F4-5.6 tremendously. It was a joy fitting the lens on my own E-M5 Mark III, making it truly a small and compact combo, so easy to carry around without feeling any strain on my wrist or other body parts.
Image quality was excellent, for a non PRO grade lens, the 9-18mm delivers impressive results. Images came out sharp from corner to corner with slight drop of sharpness at the extreme corners, but nothing to be alarmed about and is totally negligible. Center sharpness was excellent throughout the entire zoom range (which is not much) 9mm all the way to 18mm. Shooting both close up and distant subjects, I was able to capture good amount of fine detail and contrast, rendering very realistic looking images and pleasing looking colors. Images come out better than what I have expected.
I did not notice any technical lens flaws, and most of the them were software corrected in camera. I did not see any chromatic aberration (purple fringing) or barrel distortion, both being well compensated by camera processing. I also did not see any traces of vignetting, if anyone is concerned about that. The lens can be susceptible to flare, but you need to point the lens directly at the source strong light to get that, so it should not be a main concern for day to day photography.
One particular advantage of using the 9-18mm as opposed to the big brother PRO lens M.Zuiko 7-14mm F2.8 is the fact that the 9-18mm lens can zoom all the way to 18mm, producing a very natural looking coverage close to the popular street photography classical focal length 35mm equivalent coverage. While I do treasure the ability to go ultra wide to fit as much as I can within my frame, I do find that going out from the wide angle zone can be beneficial when I do want to capture ordinary looking images without excessive perspective distortion. The 7-14mm being the superior lens in every way stops at 14mm, which is still a wide angle lens. On the other hand, the 18mm far end of the 9-18mm offers better control over perspective distortion and I can use this lens for non super wide photography work. 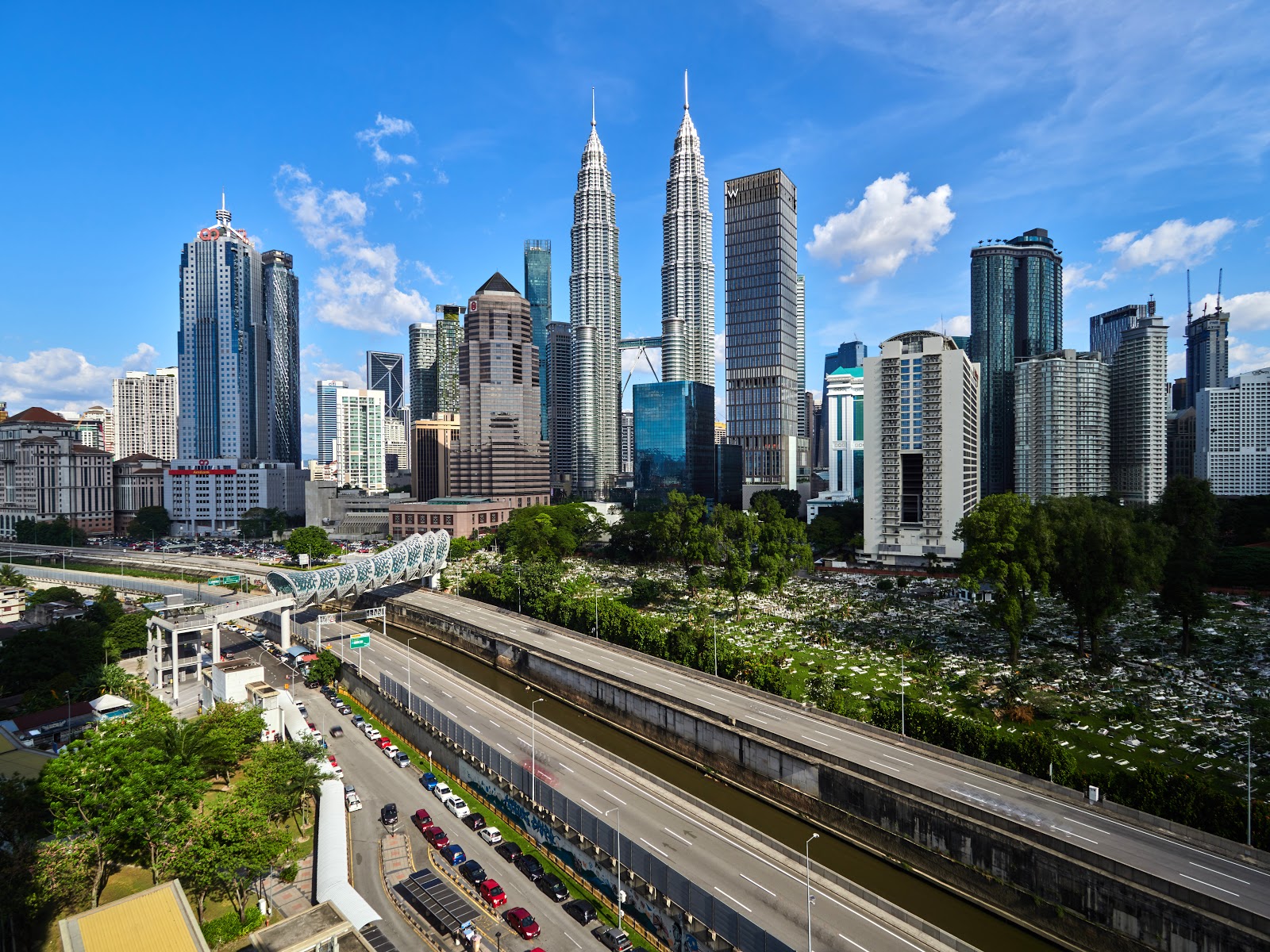 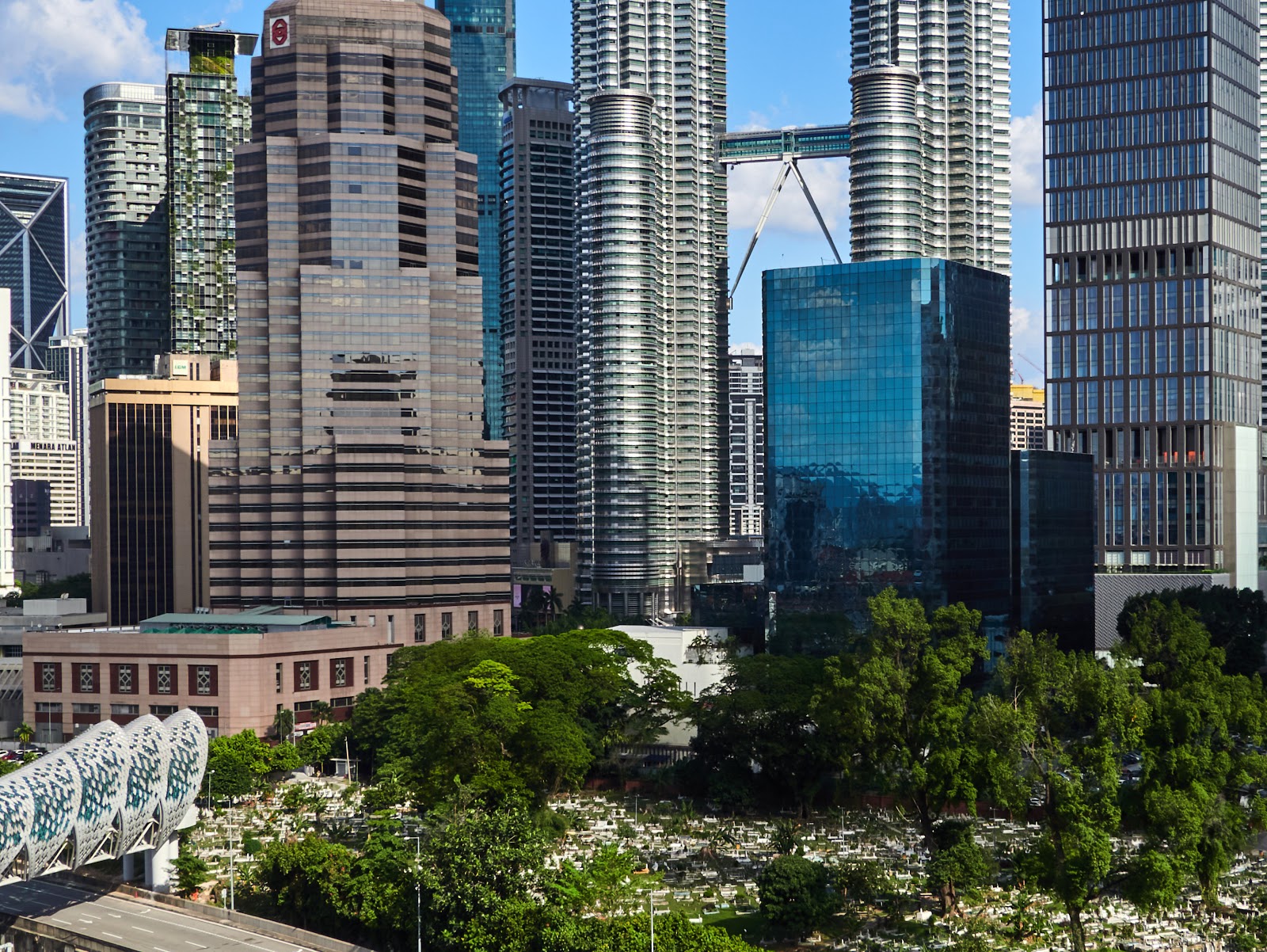 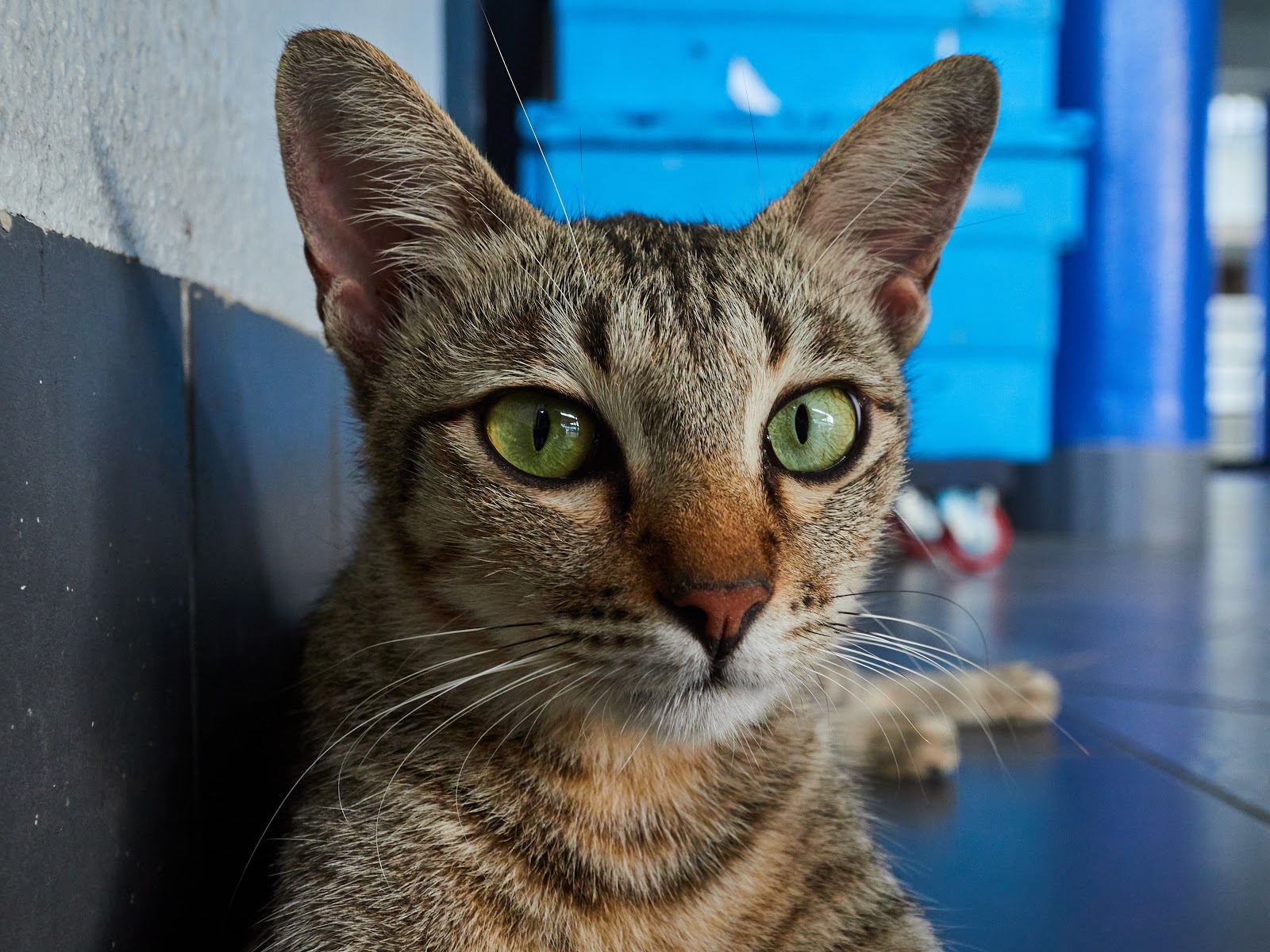 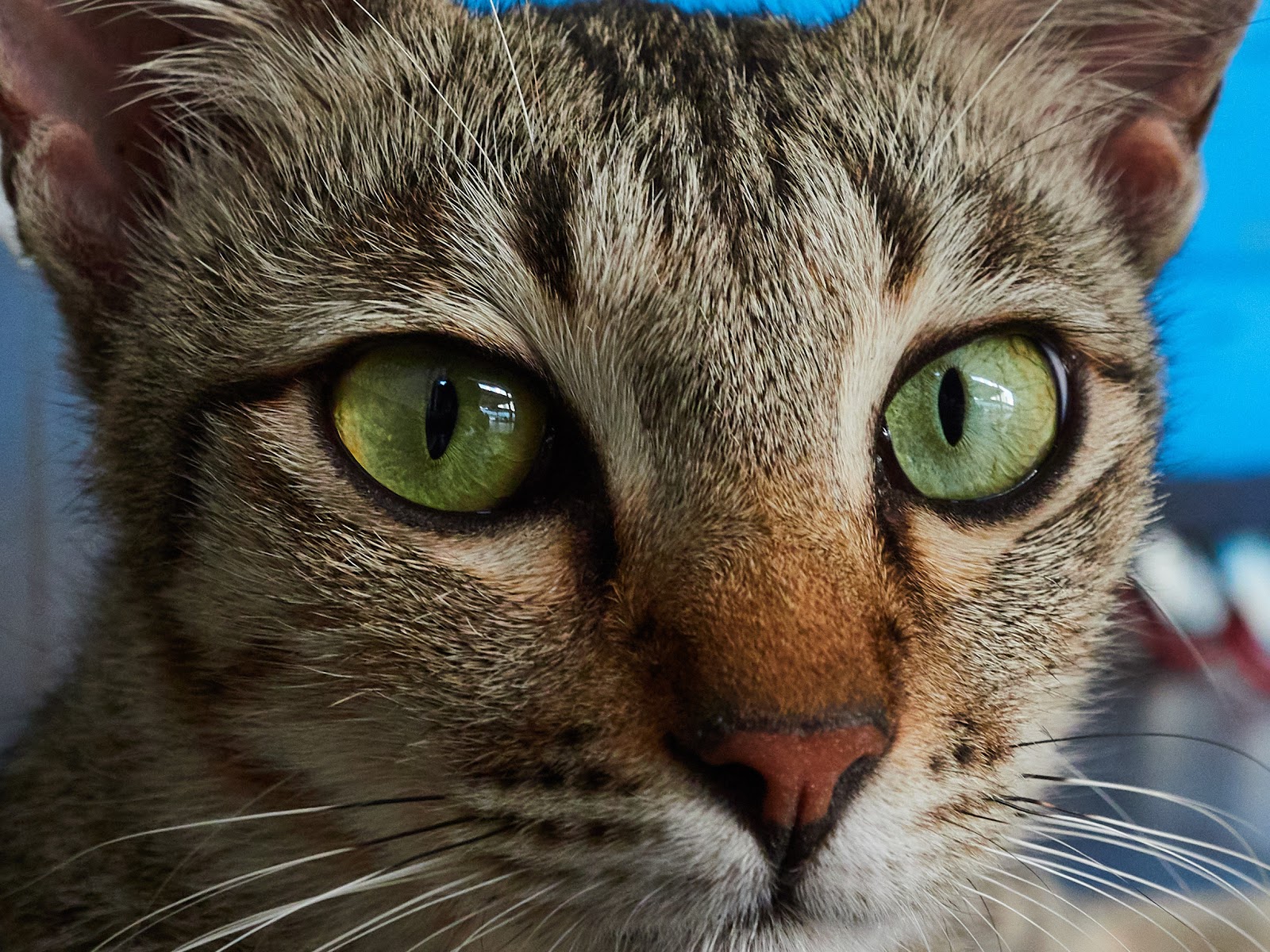 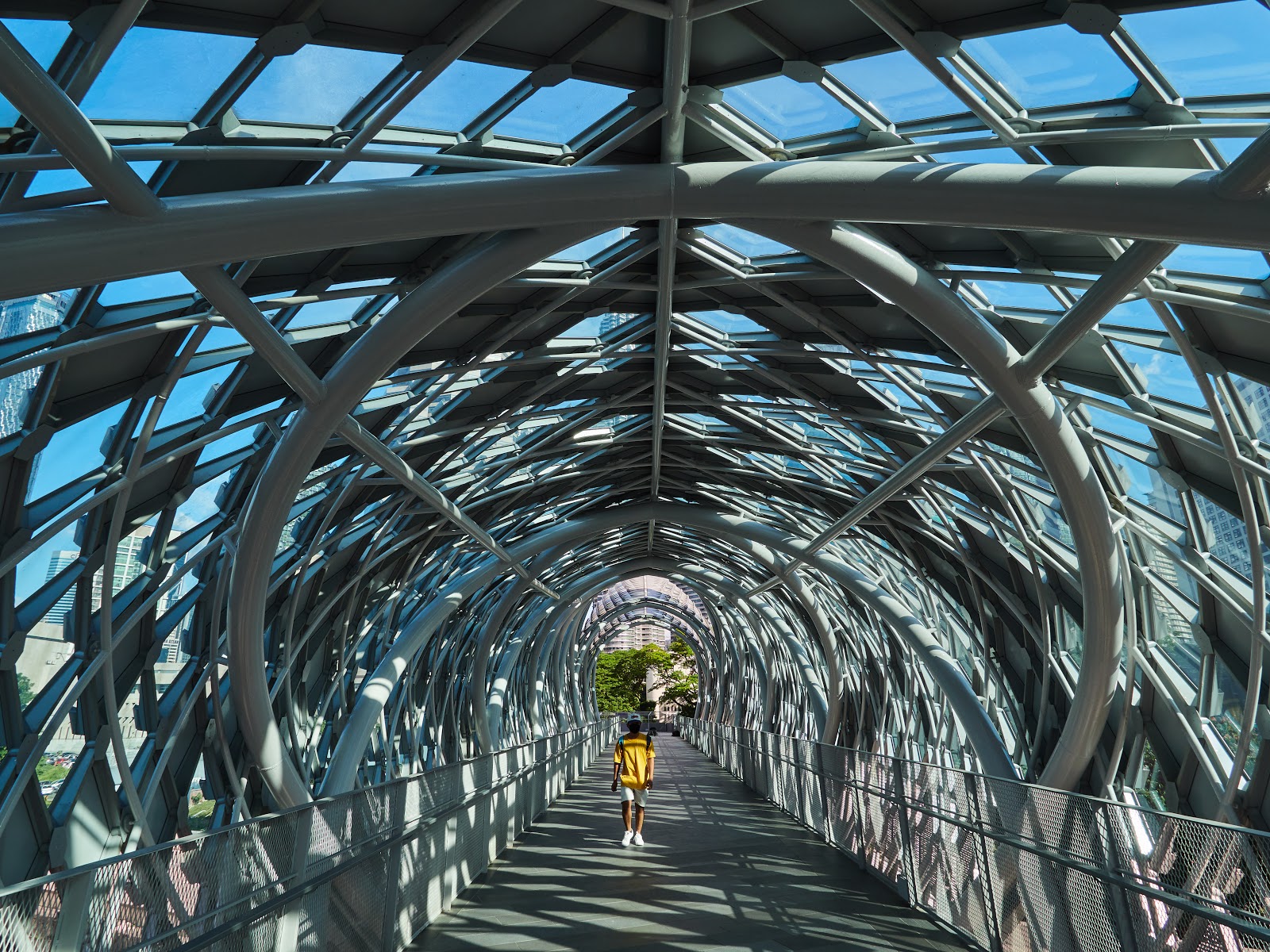 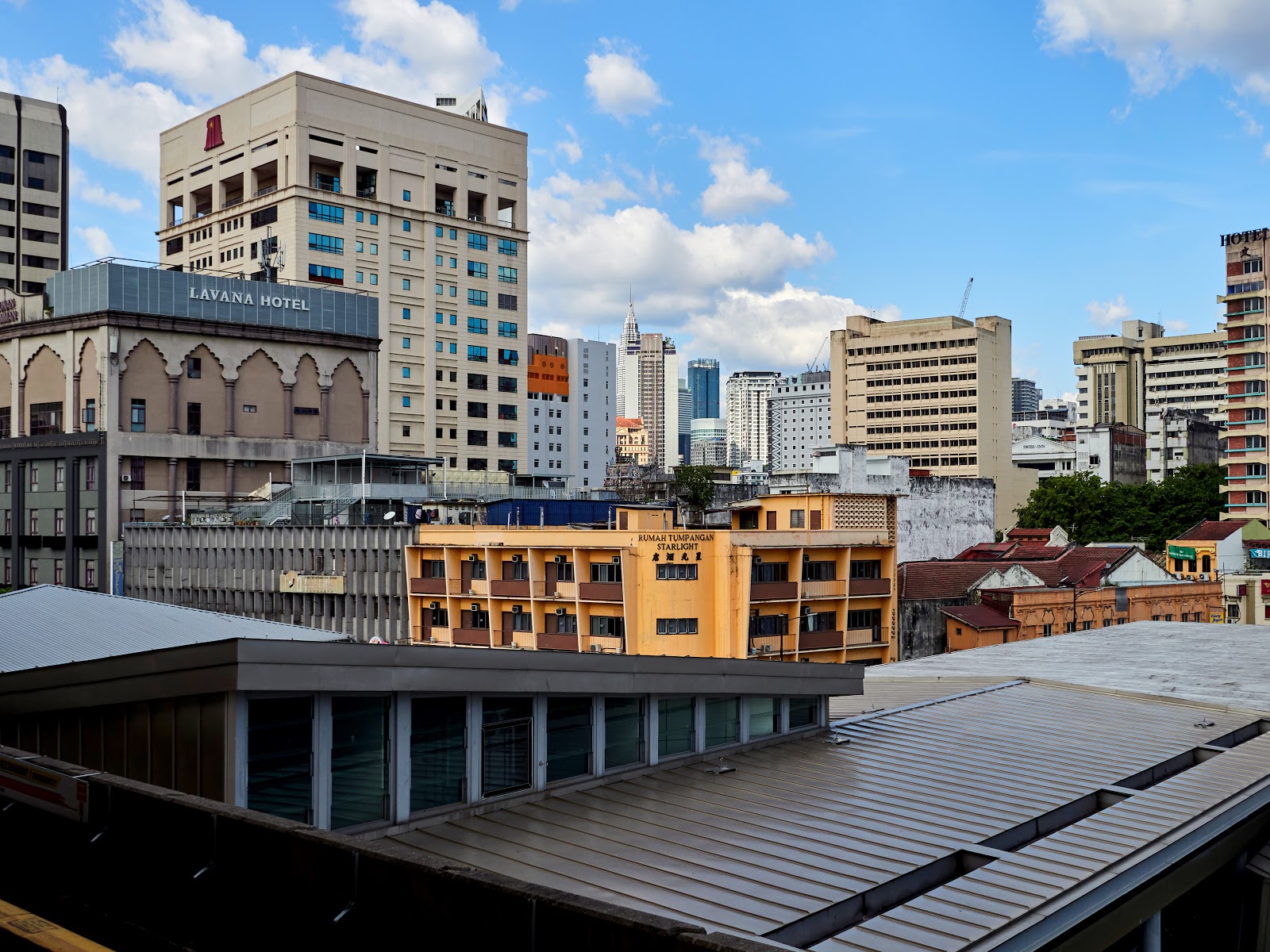 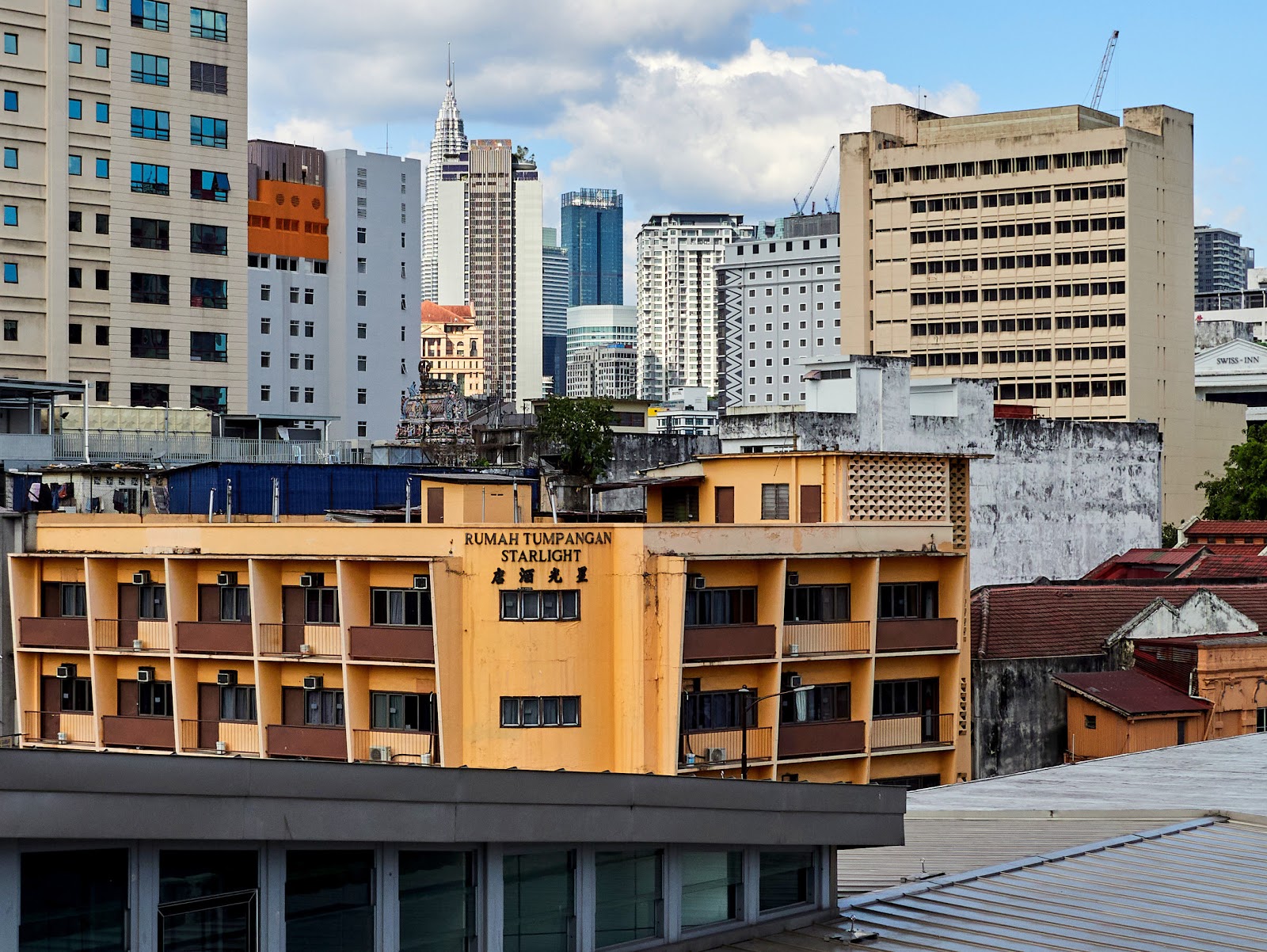 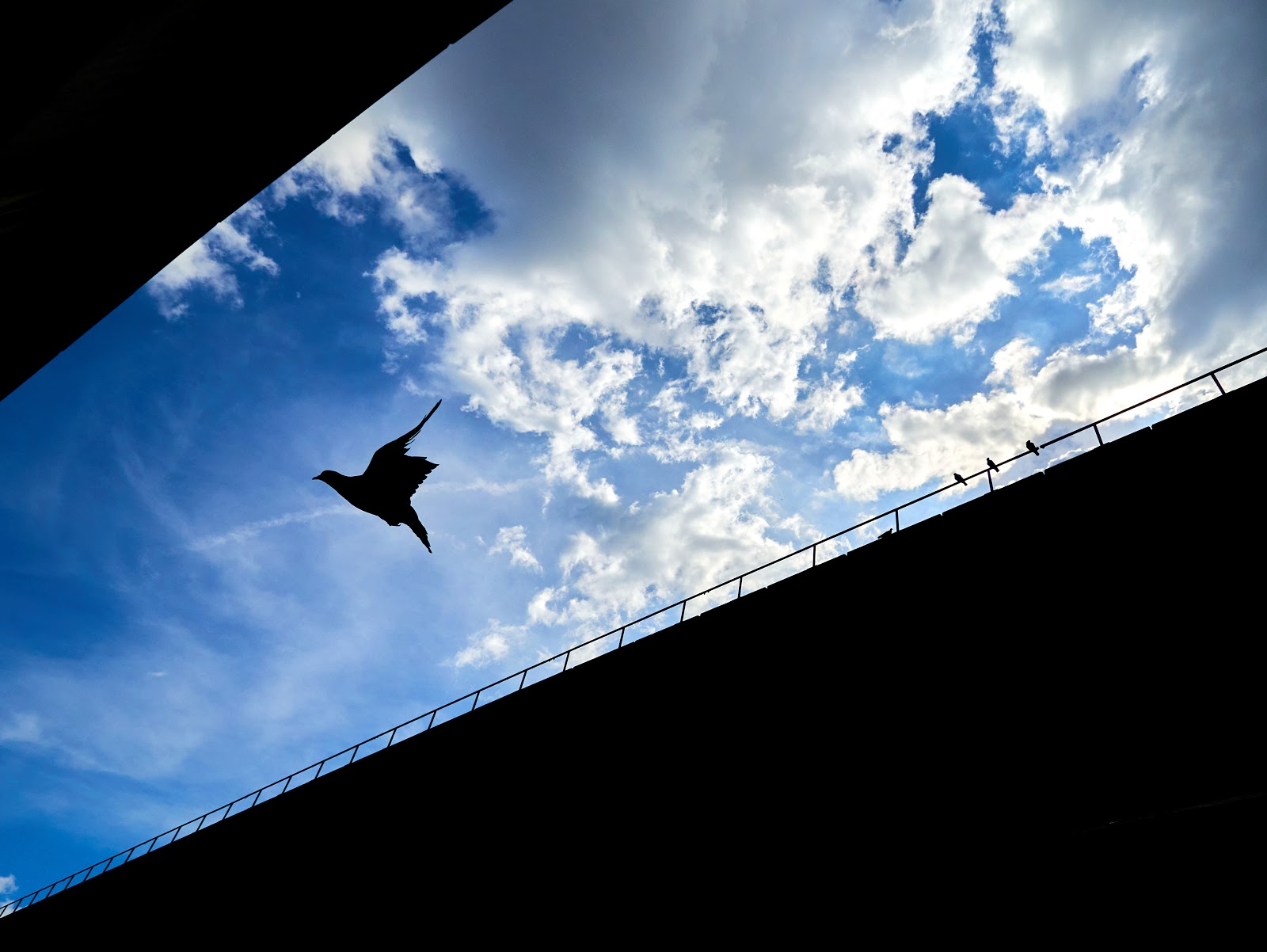 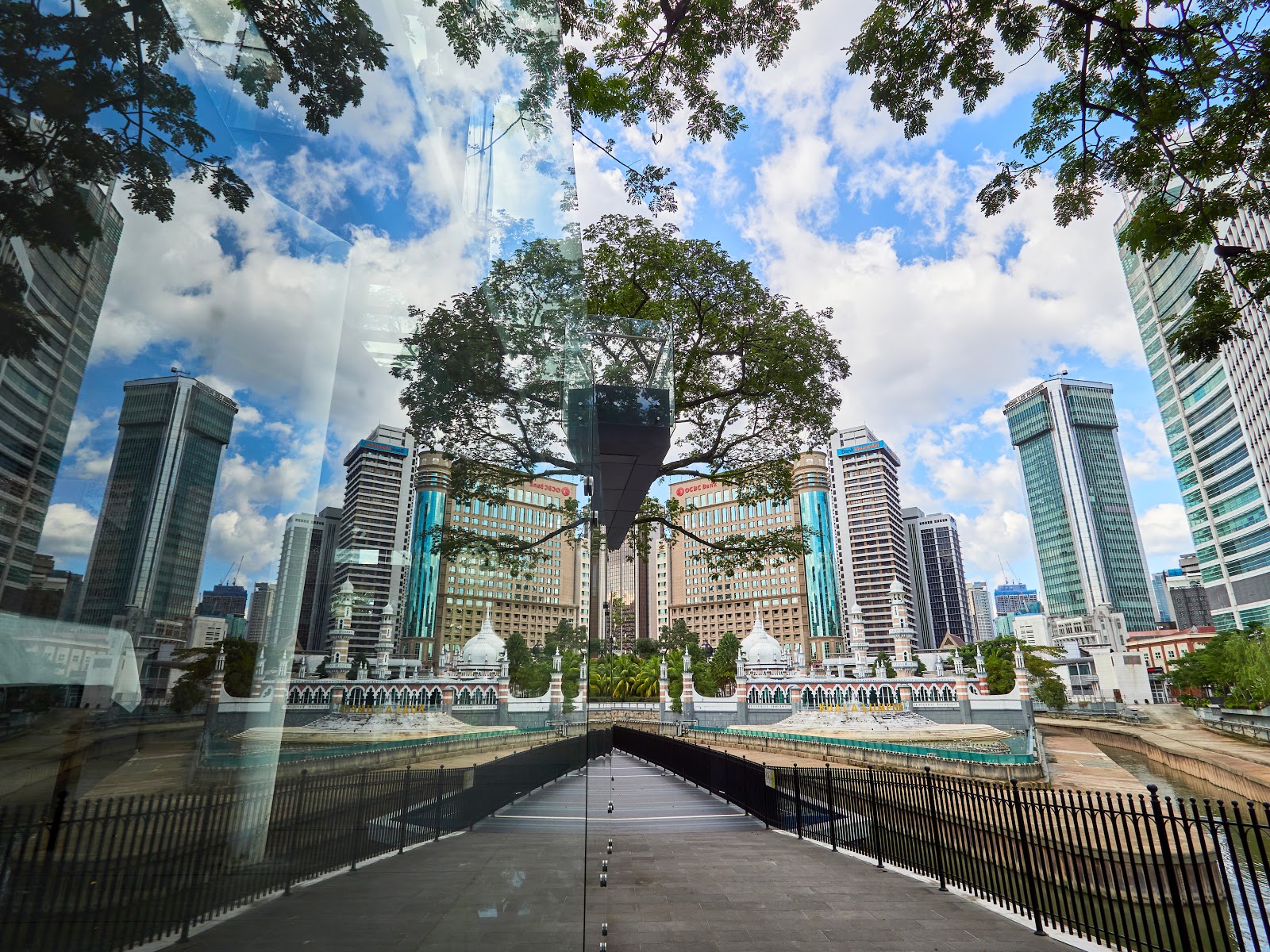 ƒ/5.61/5009mmISO200
The autofocus of the Olympus M.Zuiko 9-18mm lens was fast and responsive, I have no issue capturing critical moments, as shown in the images, a bird taking flight, or a man walking into an intended frame of my image. The lens also takes advantage of Olympus OM-D camera’s incredible 5-Axis Image Stabilization, allowing steady hand-held shots, especially in low light environment.
My biggest complain of the Olympus 9-18mm lens is the retracting mechanism of the lens. I acknowledge that it was a good idea for Olympus to use the extending/retracting mechanism to reduce the size of the lens when it is not in use, but needing the extend the lens before I am able to take a photography slows me down drastically, and was sufficient to cost me missed opportunities. As I switched on the camera, I cannot immediately take a shot, the lens was still in the locked position, I needed to extend the lens and then, I can frame, focus and take the shot. That one additional step can be problematic if you are doing street photography or anything that requires fast reflex and quick camera draw to capture action. This should not be a concern if you do not shooting anything fast or if you intend to use this lens purely for static shooting and landscape photography only. I honestly do not mind the lens to be slightly larger, just do away with the retracting mechanism. Furthermore, having to extend and retract the lens so many times over the course of the lens use will inevitably cause mechanical failure, as do with any other moving mechanical parts of any machines or device.
I also do not like the plastic construction of the lens, the lens barrel feels cheap, and does not inspire confidence. The lens is still quite sturdy, no doubt, but I miss the better built PRO grade lneses, and I perfectly understand this is a necessary compromise to keep the lens lower in price. I also do not like the older deign of the lens, I much prefer newer Olympus lens design which is more modern and minimalist, such as the design on Olympus M.Zuiko 12-200mm lens or the newer revised versions of 75-300mm and 40-150mm R lenses. 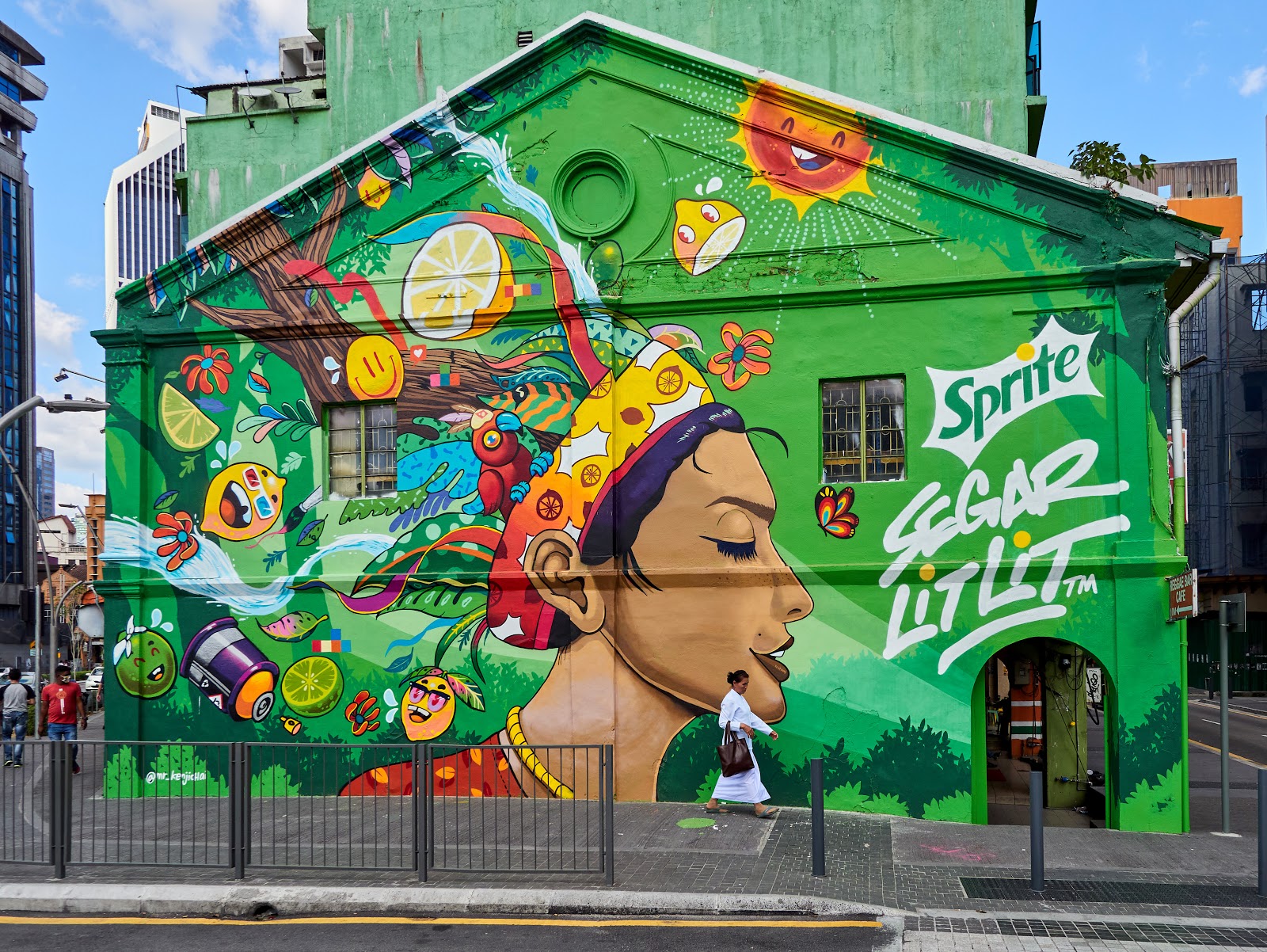 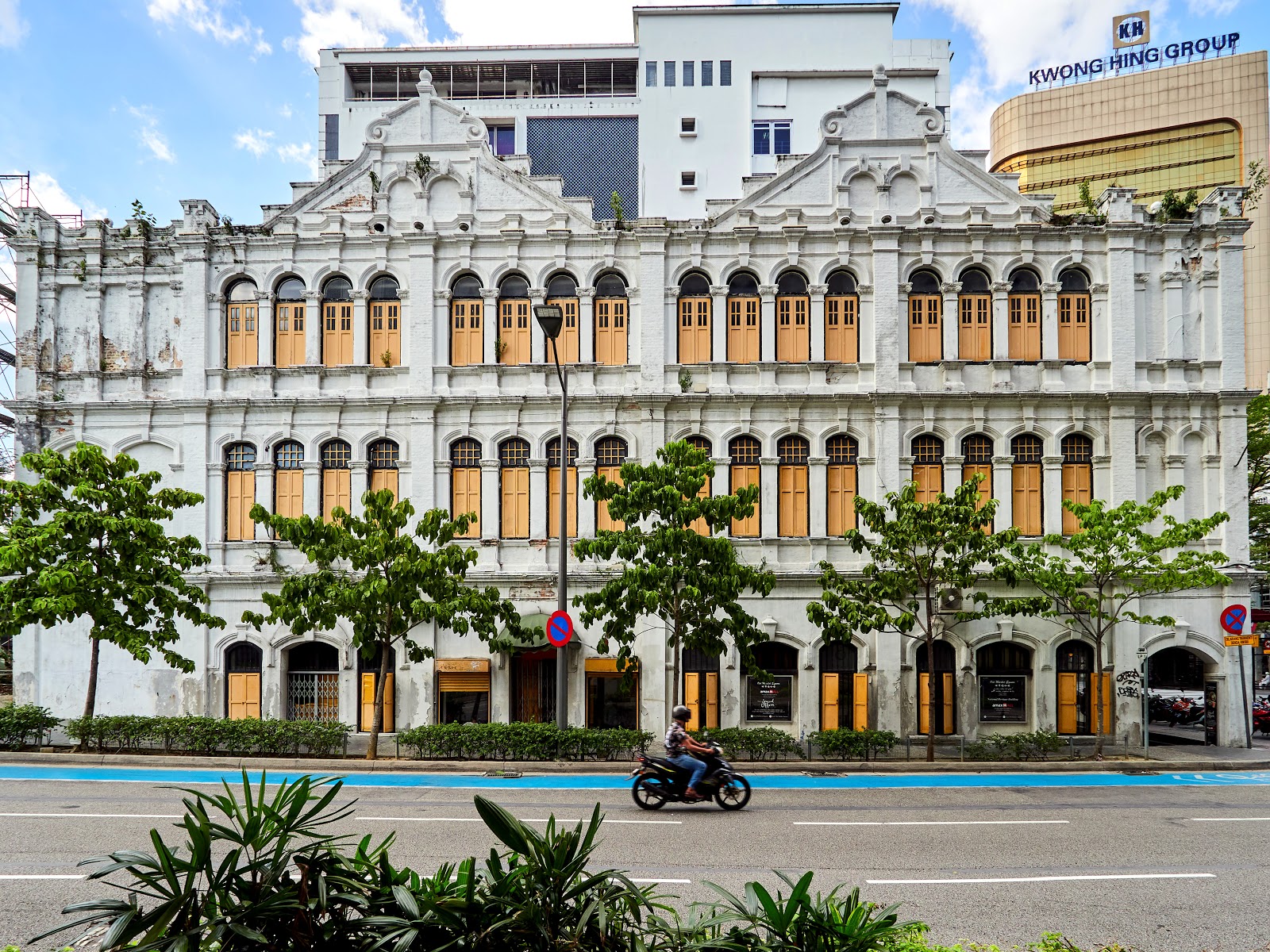 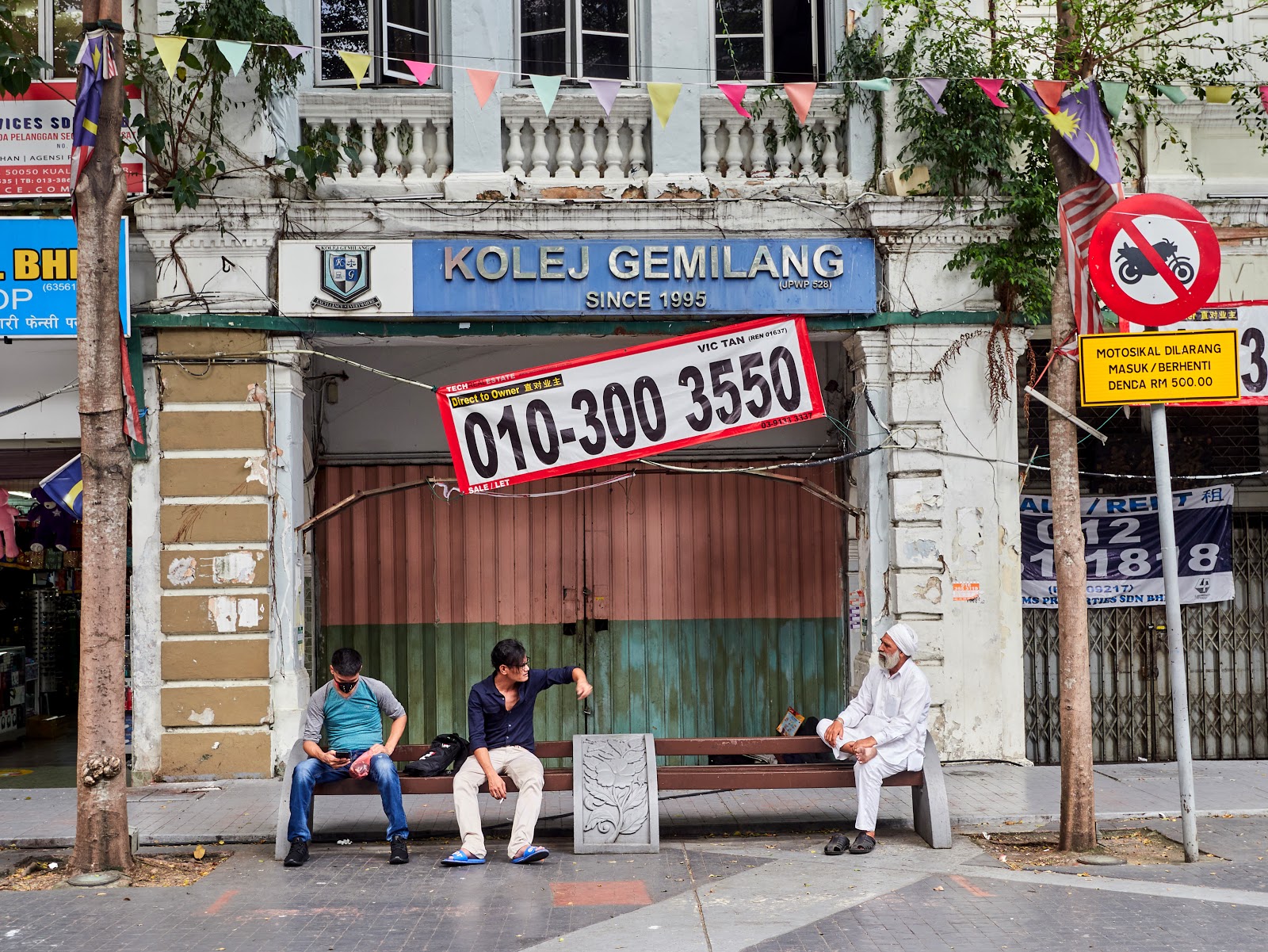 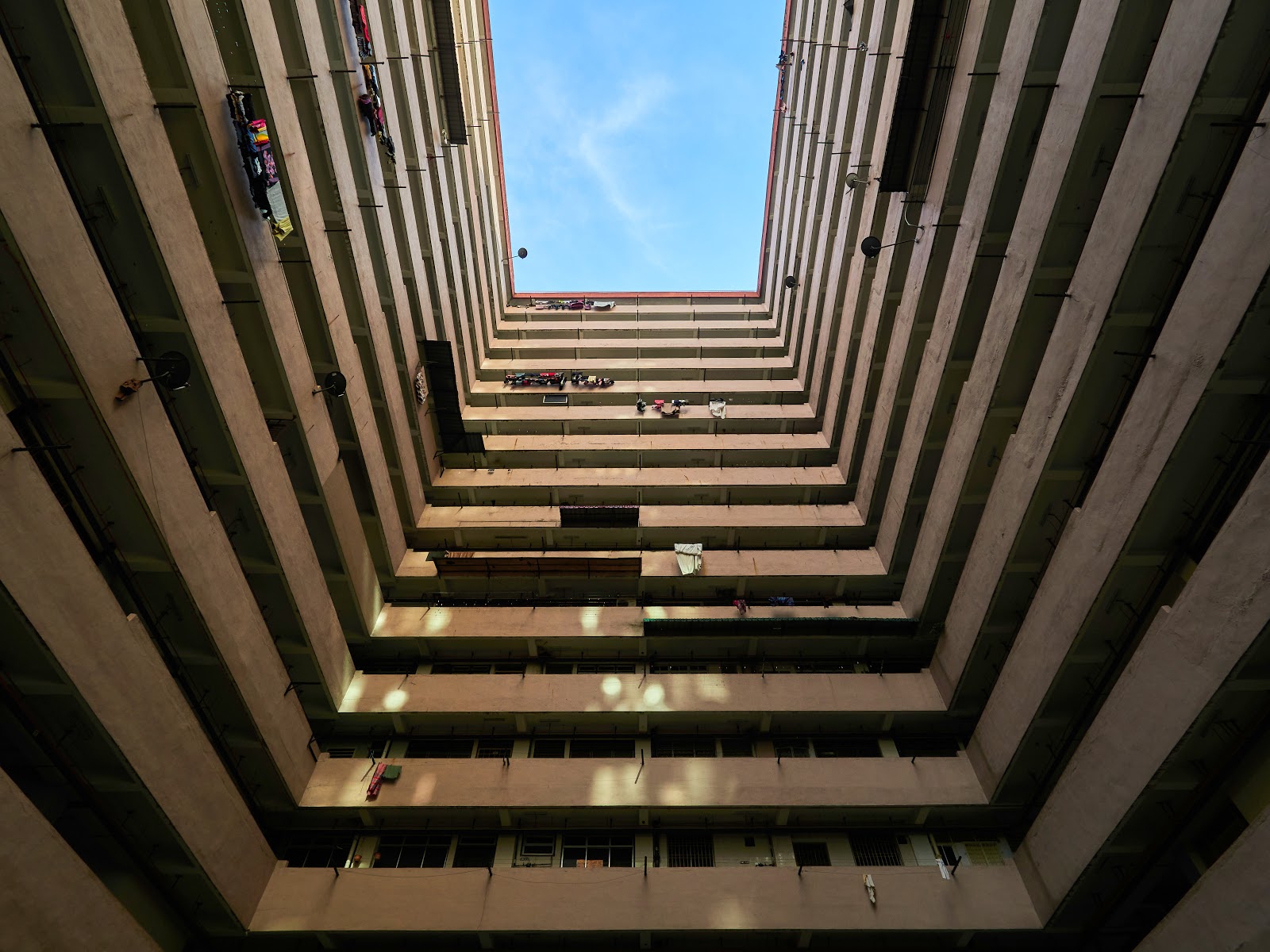 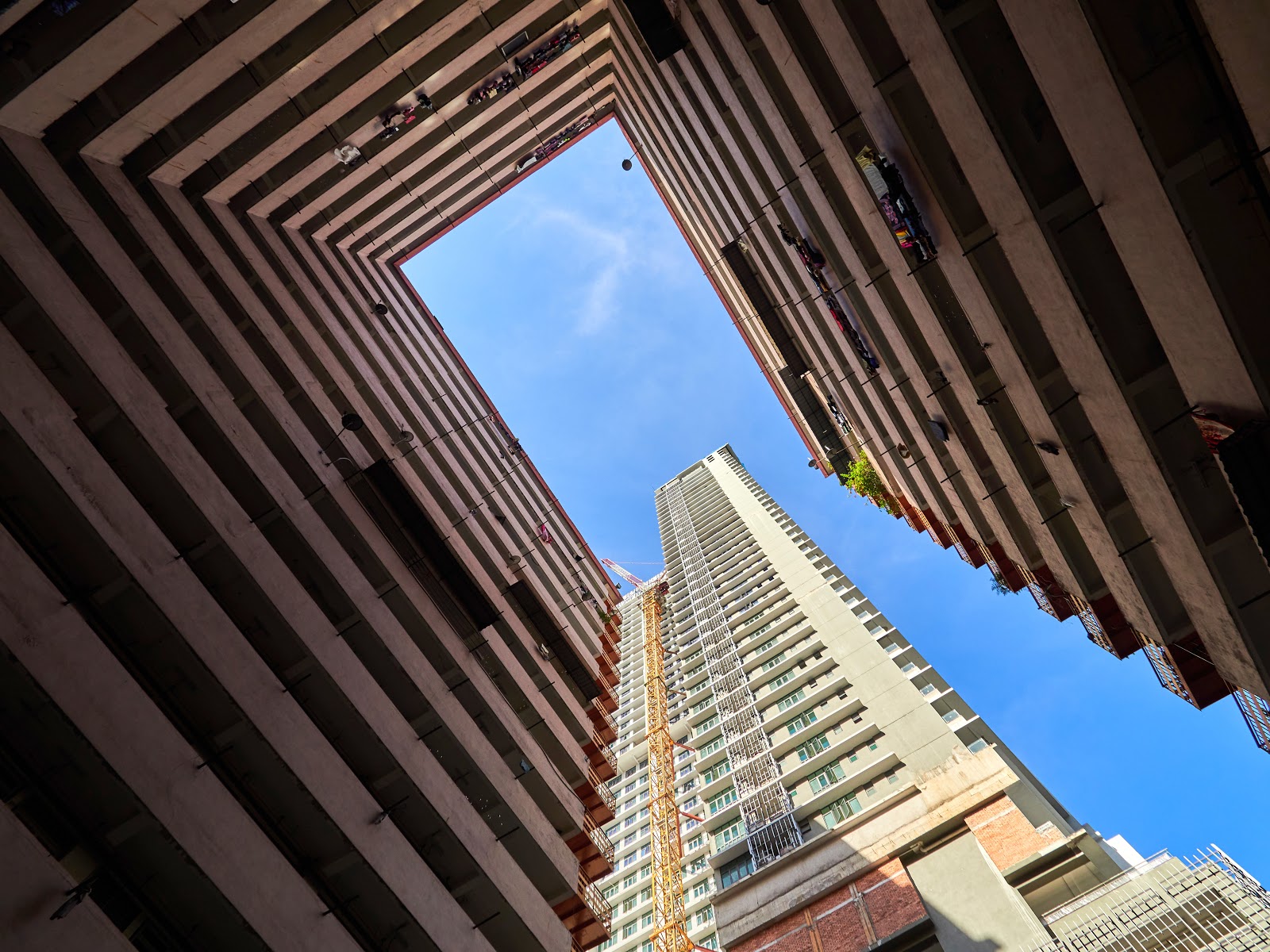 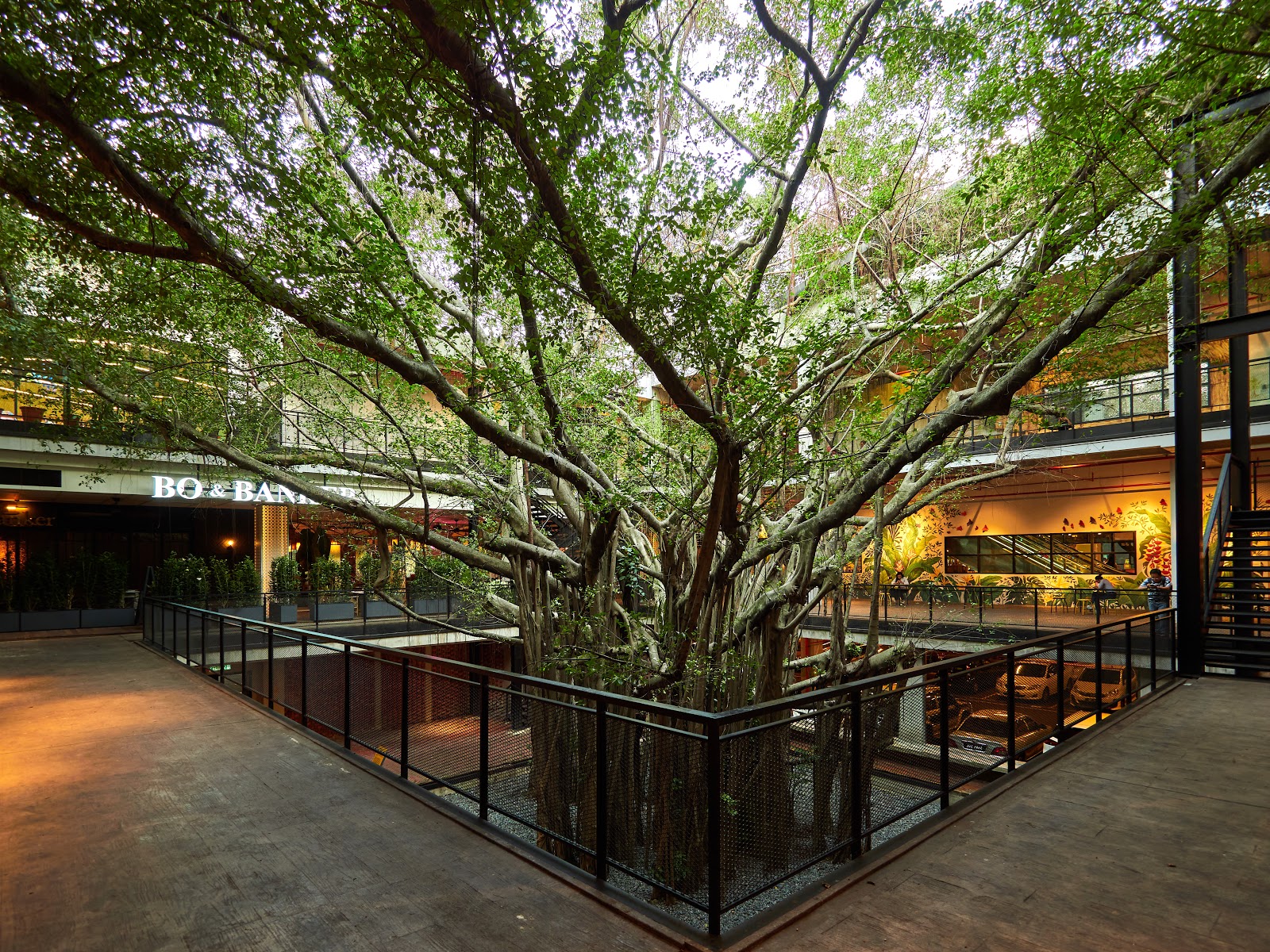 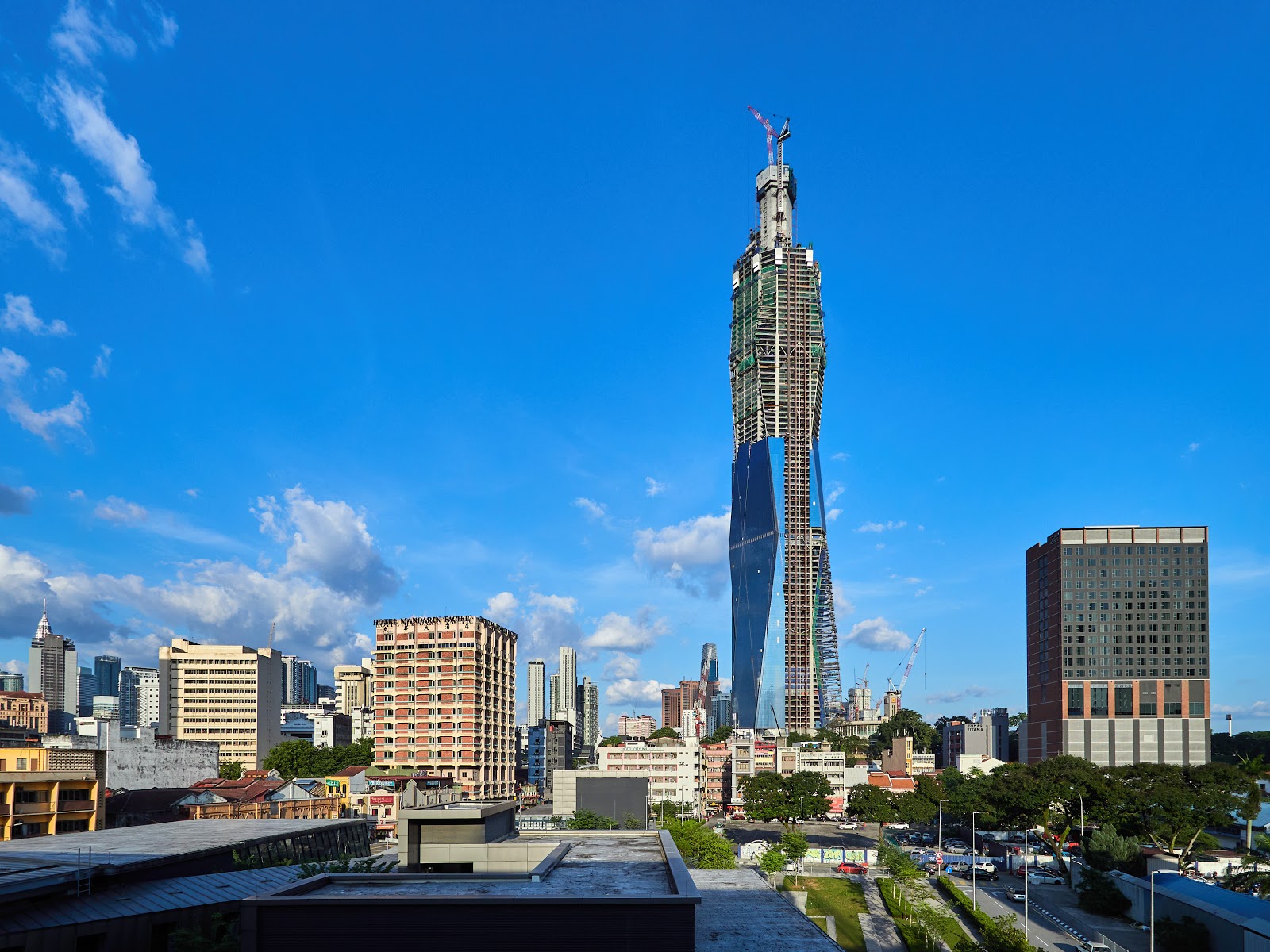 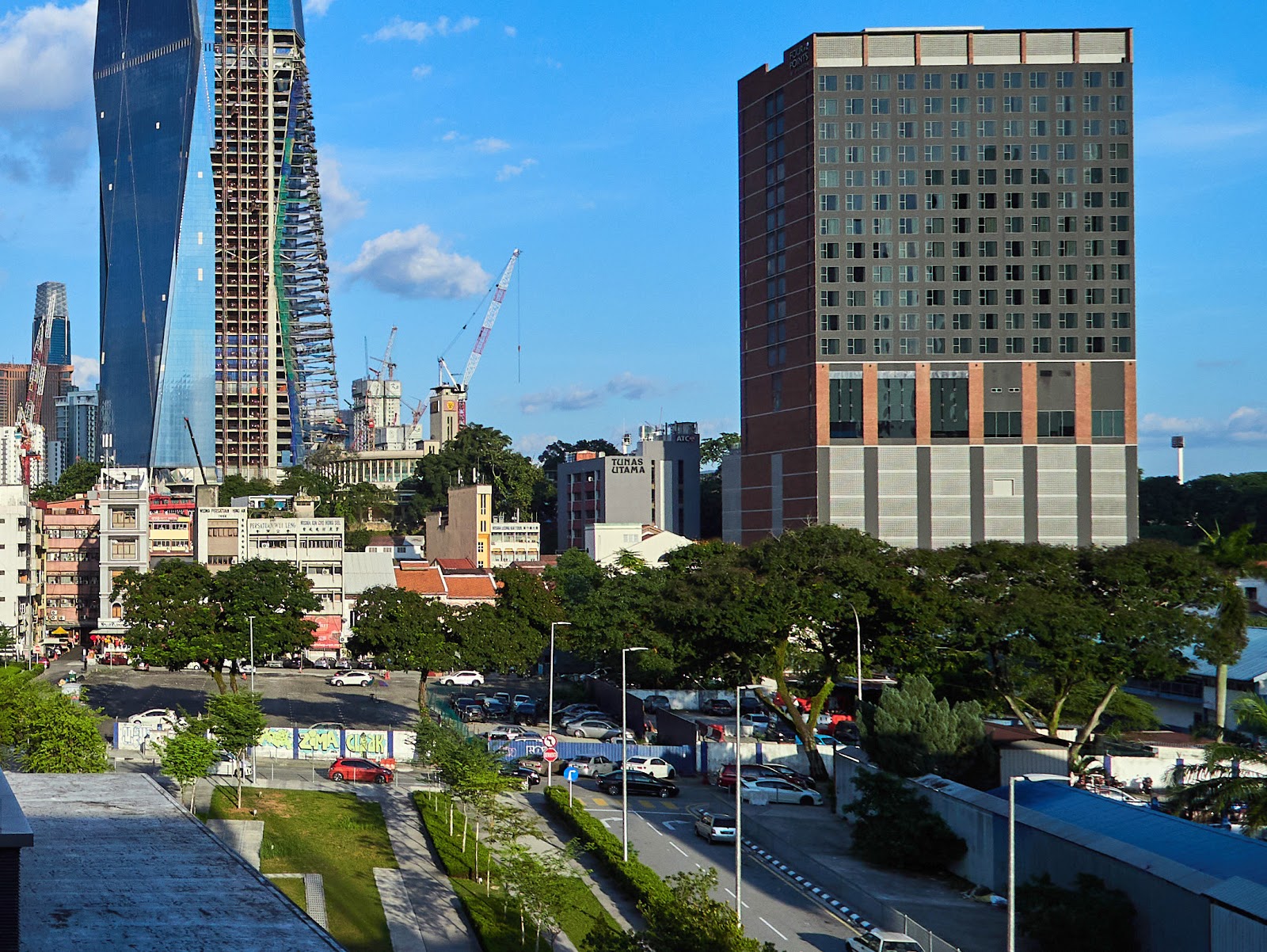 Corner Crop from previous image
The biggest weakness of the Olympus 9-18mm lens would be the not too bright maximum aperture of F4-5.6, making this lens less suitable for low light shooting. In situations where movement needs to be adequately frozen, higher ISO needs to be used. This should not be an issue if you are shooting still subjects, such as interiors, buildings, or landscape. It would have helped if Olympus made the lens constant F4, or even F3.5. Nevertheless, for a budget, compact ultra wide angle lens, the Olympus 9-18mm is a little wonder that makes great images.
The only other ultra wide angle alternative from Olympus is M.Zuiko 7-14mm F2.8 PRO, which seems like a much better upgrade. The 7-14mm offers brighter aperture, F2.8, allowing better low light shooting, gathering one stop or more light. Also, the 7-14mm is weather-sealed against dust, splash and freezing, which the 9-18mm is not. The 7-14mm is optically superior, giving you better sharpness and technical lens flaw control. There are a few advantages to the 9-18mm versus the 7-14mm, the 9-18mm is able to take screw in filters, which makes life a lot easier for filter users especially landscape shooters who need to do a lot of long exposure work. The 7-14mm has a bulbous protruding front element which negates the ability to screw any tilters onto it, and requires a special attachment filters which can be more expensive and more cumbersome to work with in practical shooting. Additionally, the 7-14mm is also almost 3 times the size of the 9-18mm lens and weighs almost 3 times more too.
If you want the best of the best Olympus has to offer in ultra wide angle lens, and budget is not an issue, go for the M.Zuiko 7-14mm PRO. However, if you don’t want to spend that much and still need an ultra wide angle, and you intend to keep your setup as light as possible (eg for travel) then the Olympus 9-18mm will do a mighty fine job. 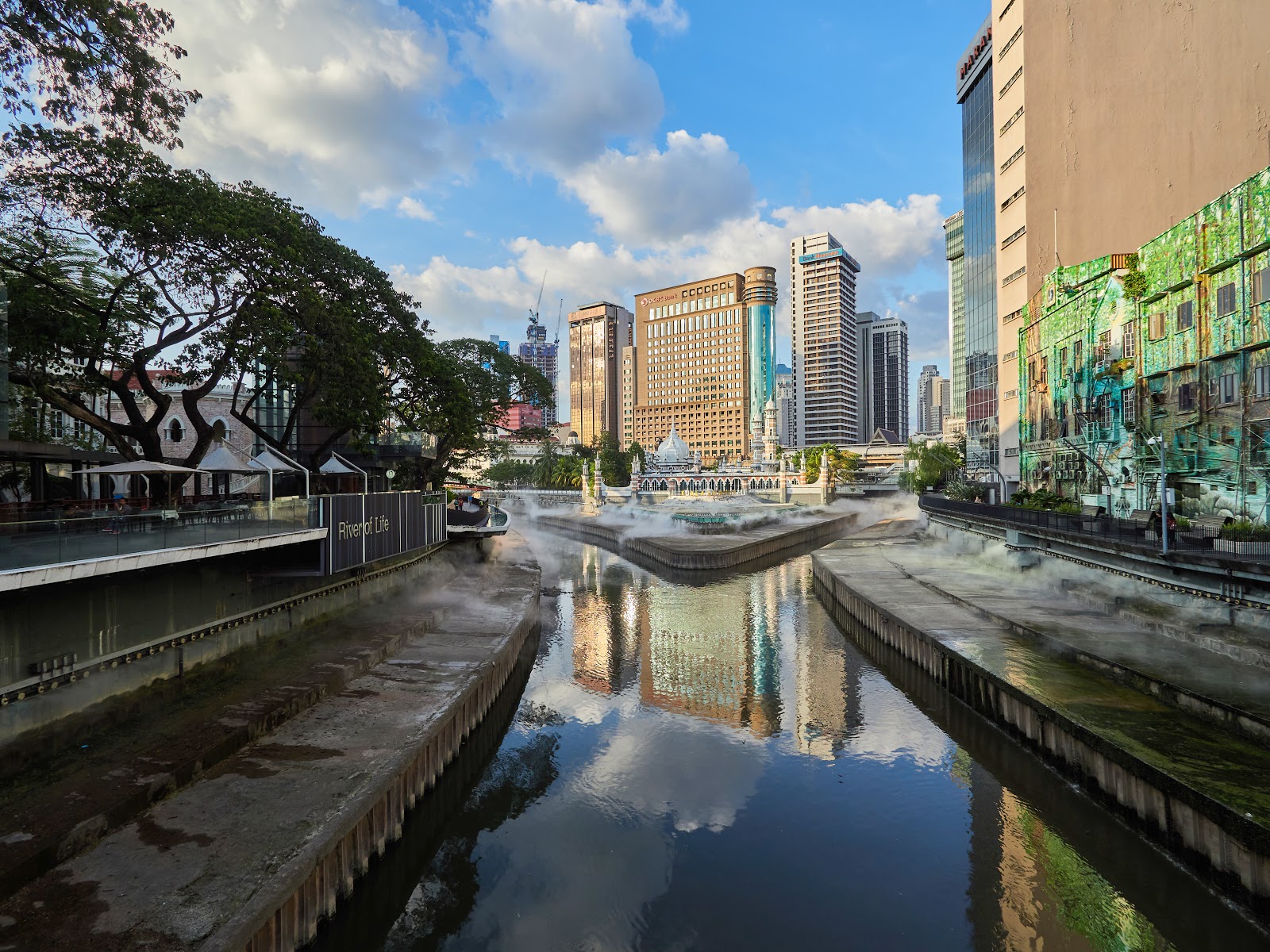 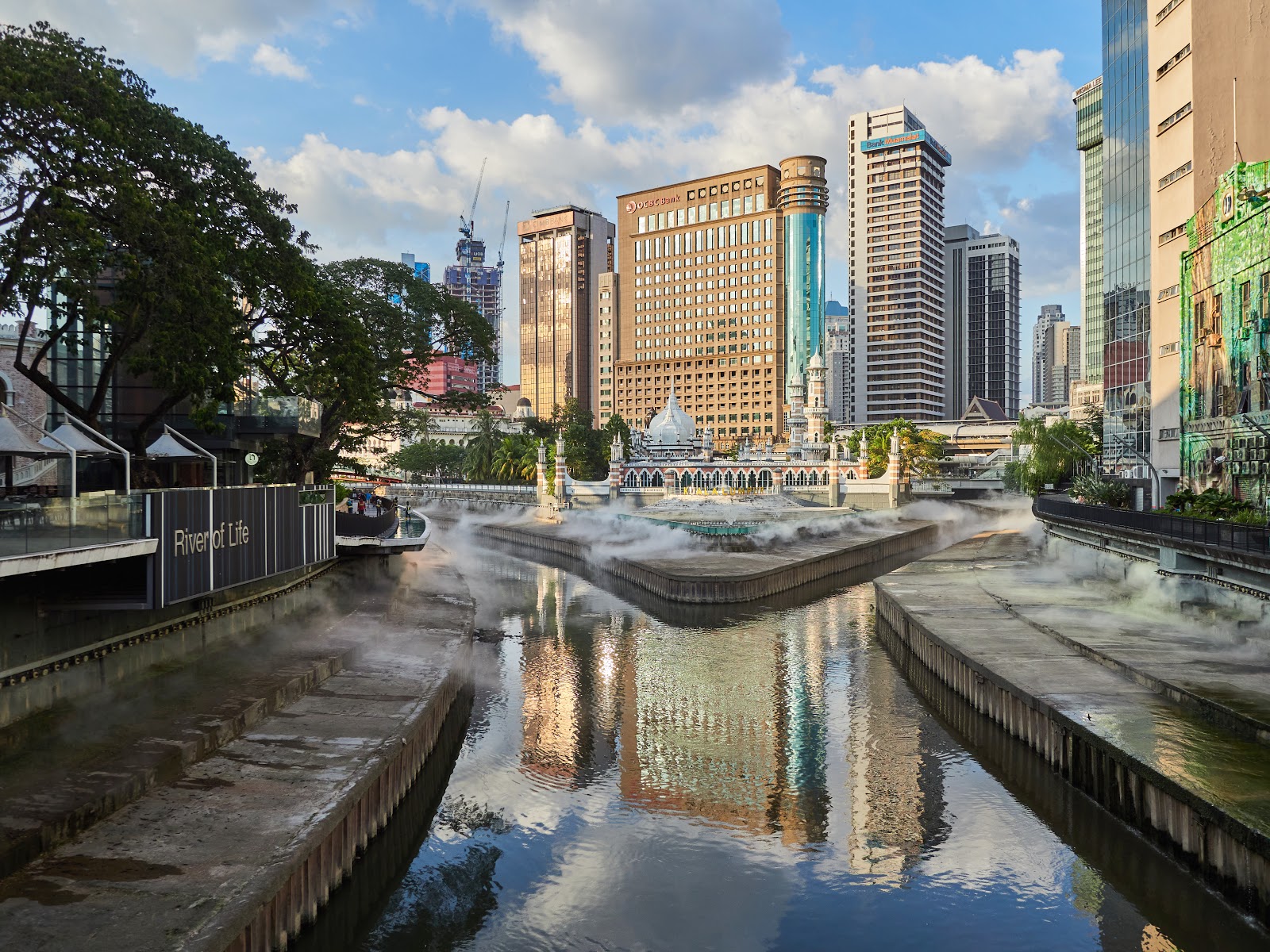 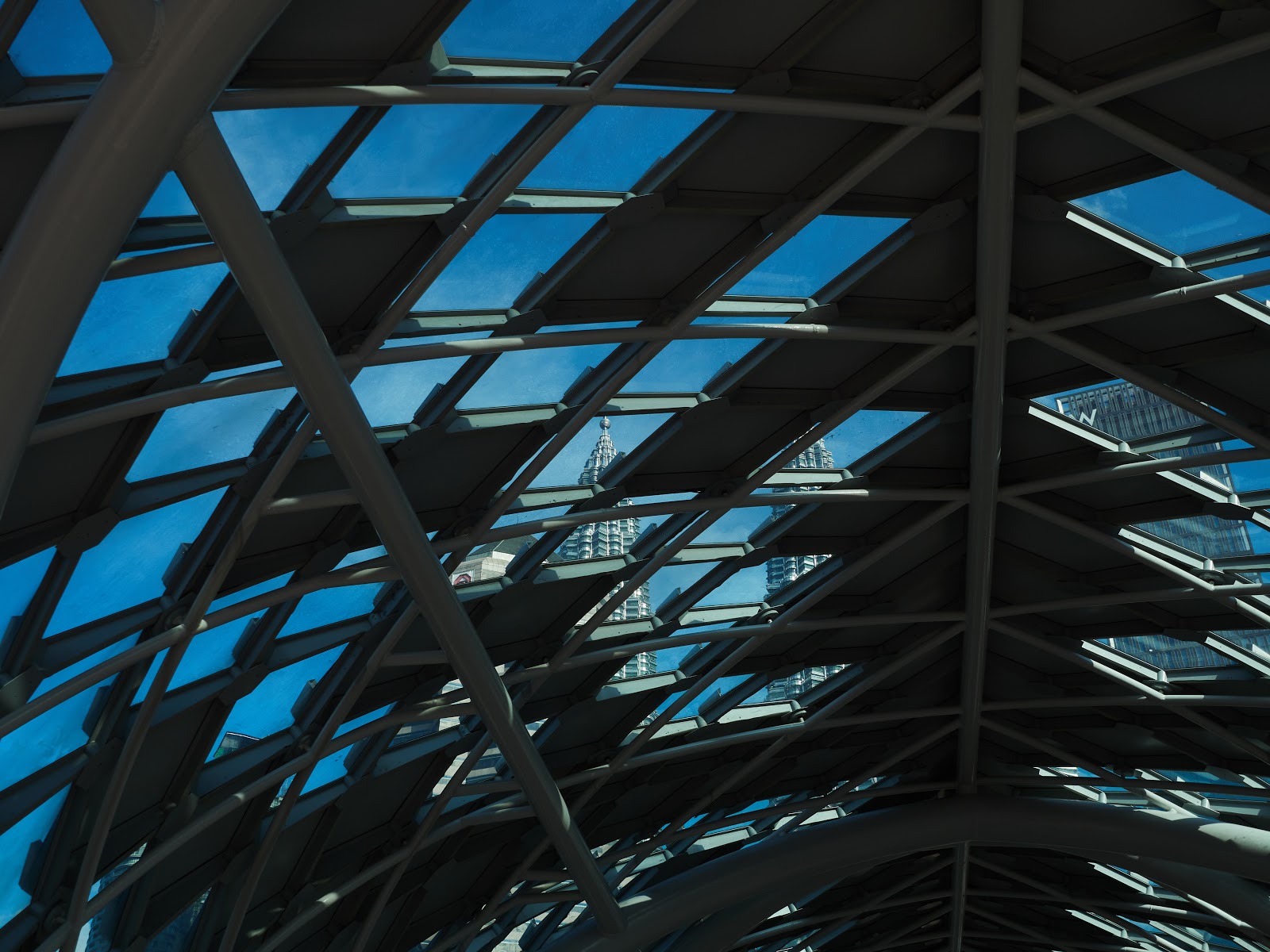 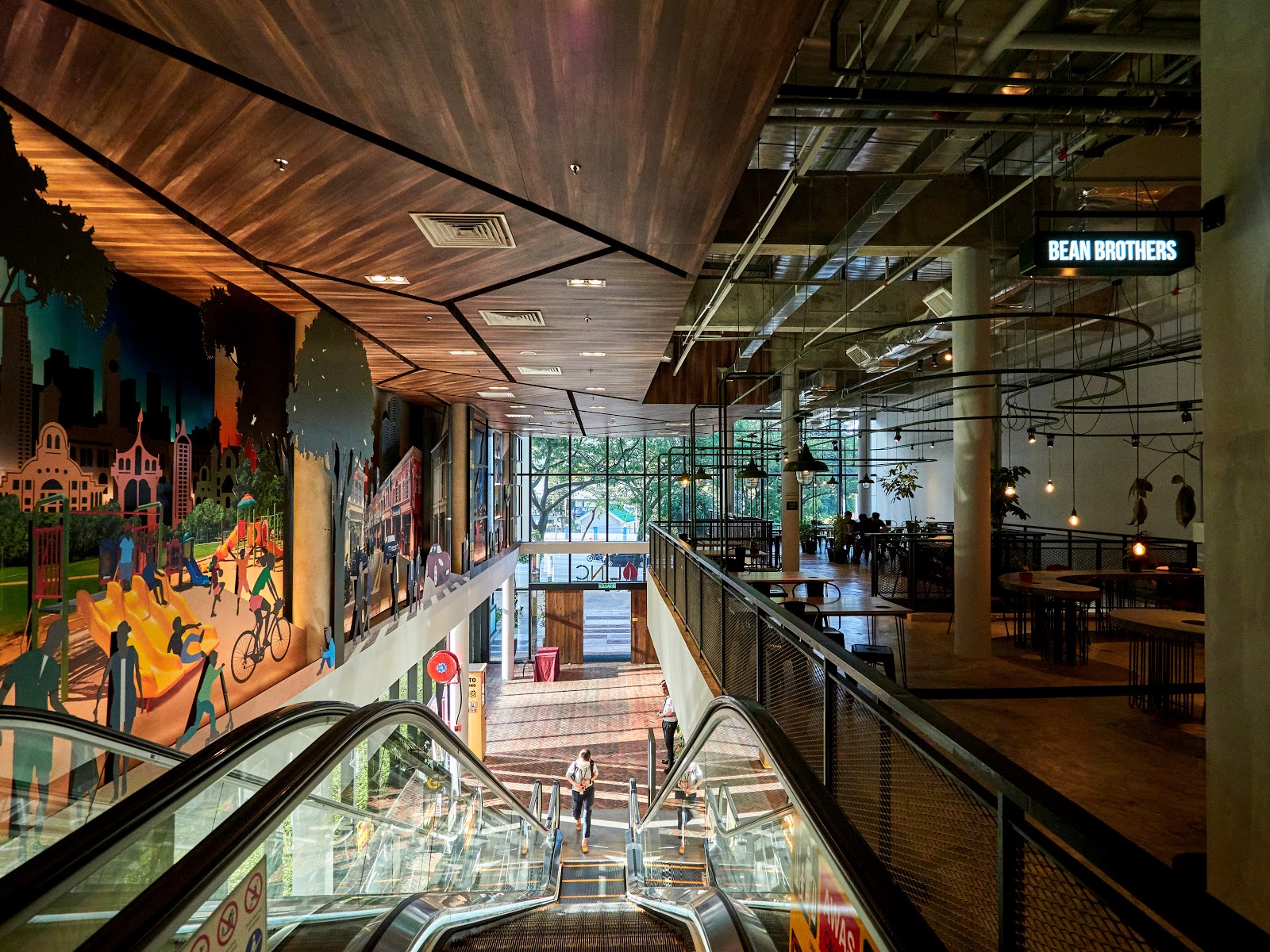 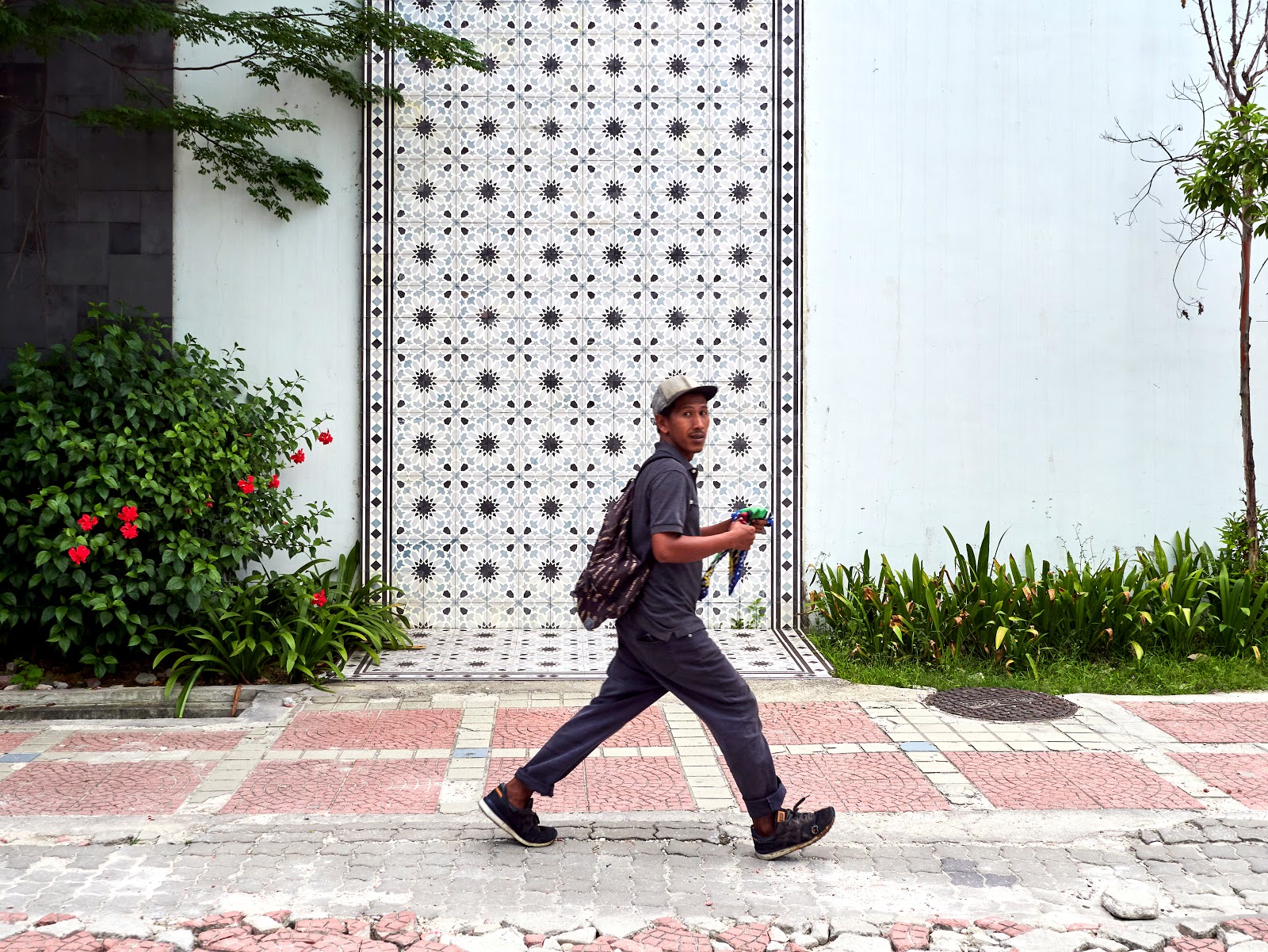 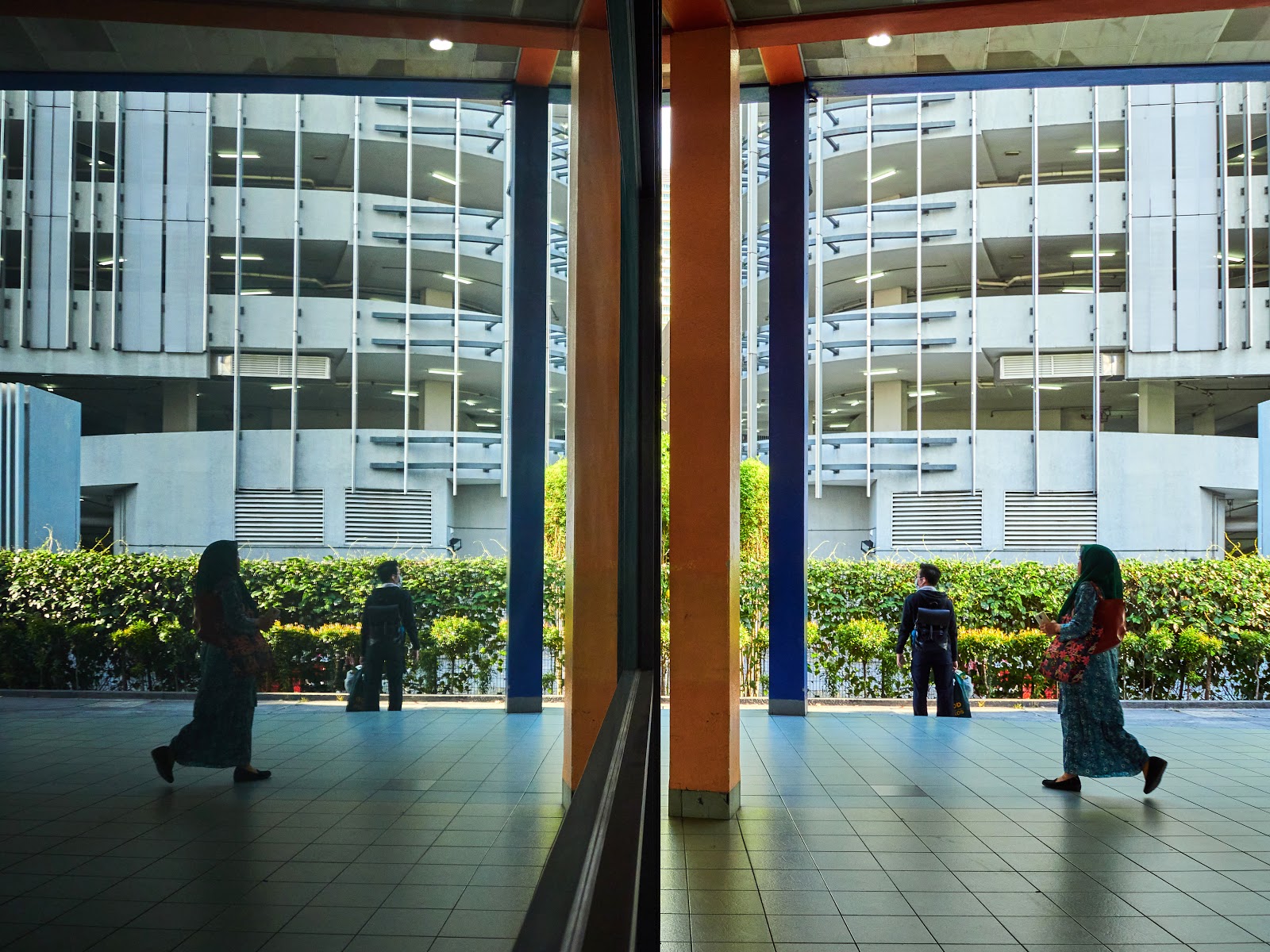 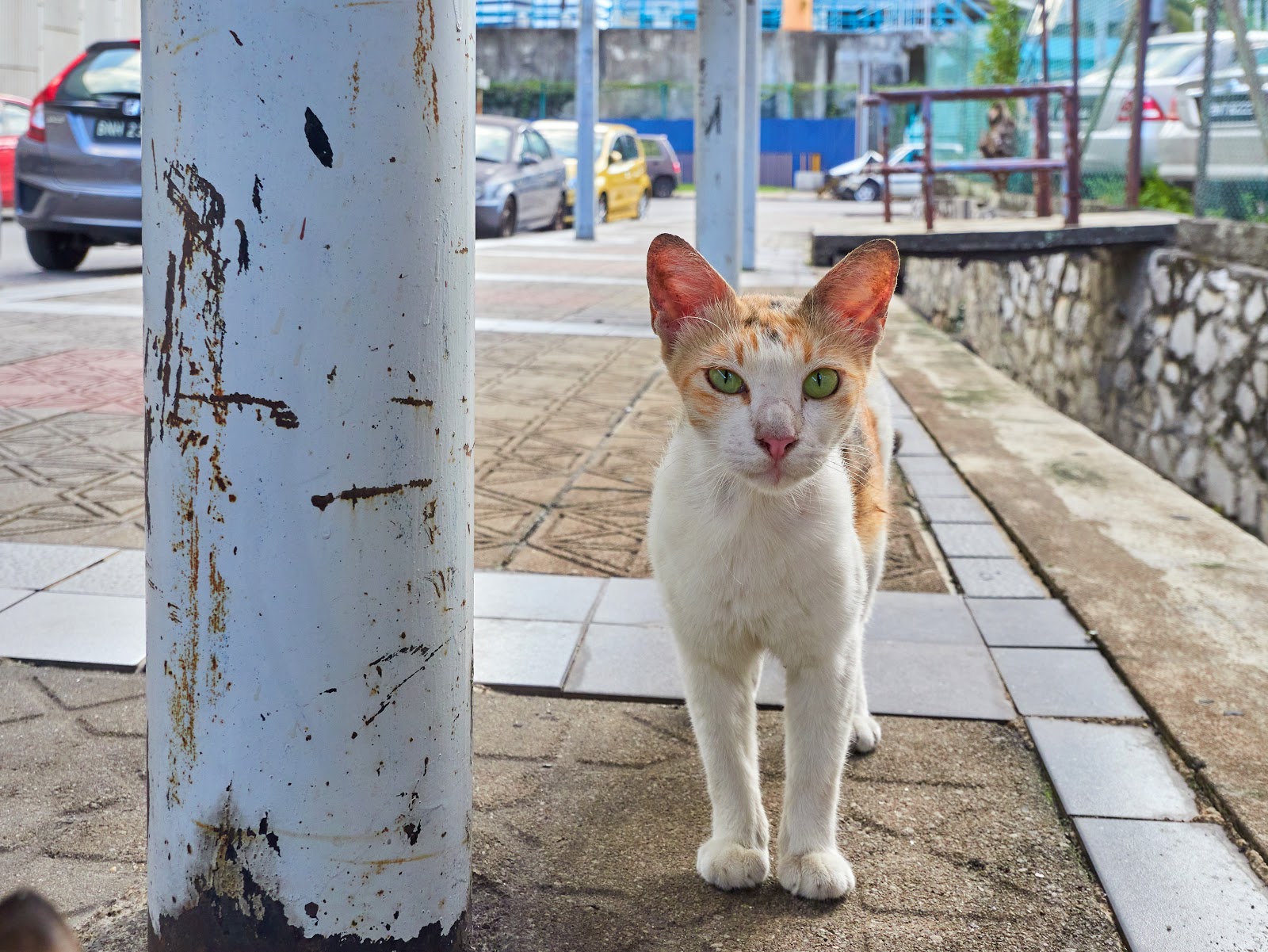 ƒ/5.61/25018mmISO400
I really like the Olympus M.Zuiko 9-18mm F4-5.6 lens, I think this lens truly represents what a Micro Four Thirds lens should be – super small, light and at the same time delivering great image quality. My only real complain is the retracting mechanism that may slow down the shooting speed.
Olympus did reveal a lens roadmap which includes another PRO wide angle zoom lens, something at the range of 8-25mm coverage, which would have made that lens super versatile, considering the far end of 25mm reach. I hope the aperture stays at constant F4, that would have made this a great lens, having the PRO advantages such as weather-sealing and better lens construction. I just hope the price tag will not be too heavy.
At the mean time, the Olympus M.Zuiko 9-18mm is a great option for ultra wide angle photography for Micro Four Thirds users. Do you own one? What are your experiences using this lens? Do share your thoughts!