Skip to content
The tiny flash FL-LM3 that comes with most Olympus OM-D cameras is underrated and deserves a bit more attention. This little clip on flash proves just how innovative Olympus can be as a camera maker. The attention to detail is impressive and it shows just how much Olympus cares in giving the best they can for their consumers. Unfortunately not many people have written or discussed about the Olympus FL-LM3 flash so I thought it is time I dedicate a blog article and a short video to showcase just how awesome this tiny dude is.
Olympus FL-LM3 was first introduced during the launch of Olympus OM-D E-M5 Mark II camera back in 2014. Ever since, the FL-LM3 flash has been included with most top tier Olympus cameras, such as E-M1 Mark II, PEN-F, E-M1X and E-M5 Mark III. However, for some bizarre reasons (please don’t ask me), Olympus decided not to include this super handy little flash with their latest flagship the E-M1 Mark III.
Here’s a list of reasons why I think the Olympus FL-LM3 flash is genius:
1) BOUNCED-FLASH WITH TILT/SWIVEL HEAD
Typically the default built in pop up flash that comes with a DSLR, or any flash attachment that comes with mirrorless cameras are almost an after-thought with poor implementation and almost useless function. These flashes are usually fixed in position and fire directly on camera, straight in front of subject resulting in harsh, ugly and unpleasing looking outcome with burned highlights and deep shadows in all the wrong places. Usually, to dramatically improve flash photography, all you have to do is upgrade to an external flash that allows you bounce capability – swivel the head around to fire the flash at a larger surface, bouncing the light off onto the subject. This will produce a more even, flattering light, especially on human portraits.
Olympus takes the best bit of an external flash – tilt/swivel head to allow bounced flash photography and make that available in their tiny FL-LM3 which comes with most of their OM-D cameras. Straight out of the box, without spending more money, you can have the benefits and capabilities of a bounced flash! 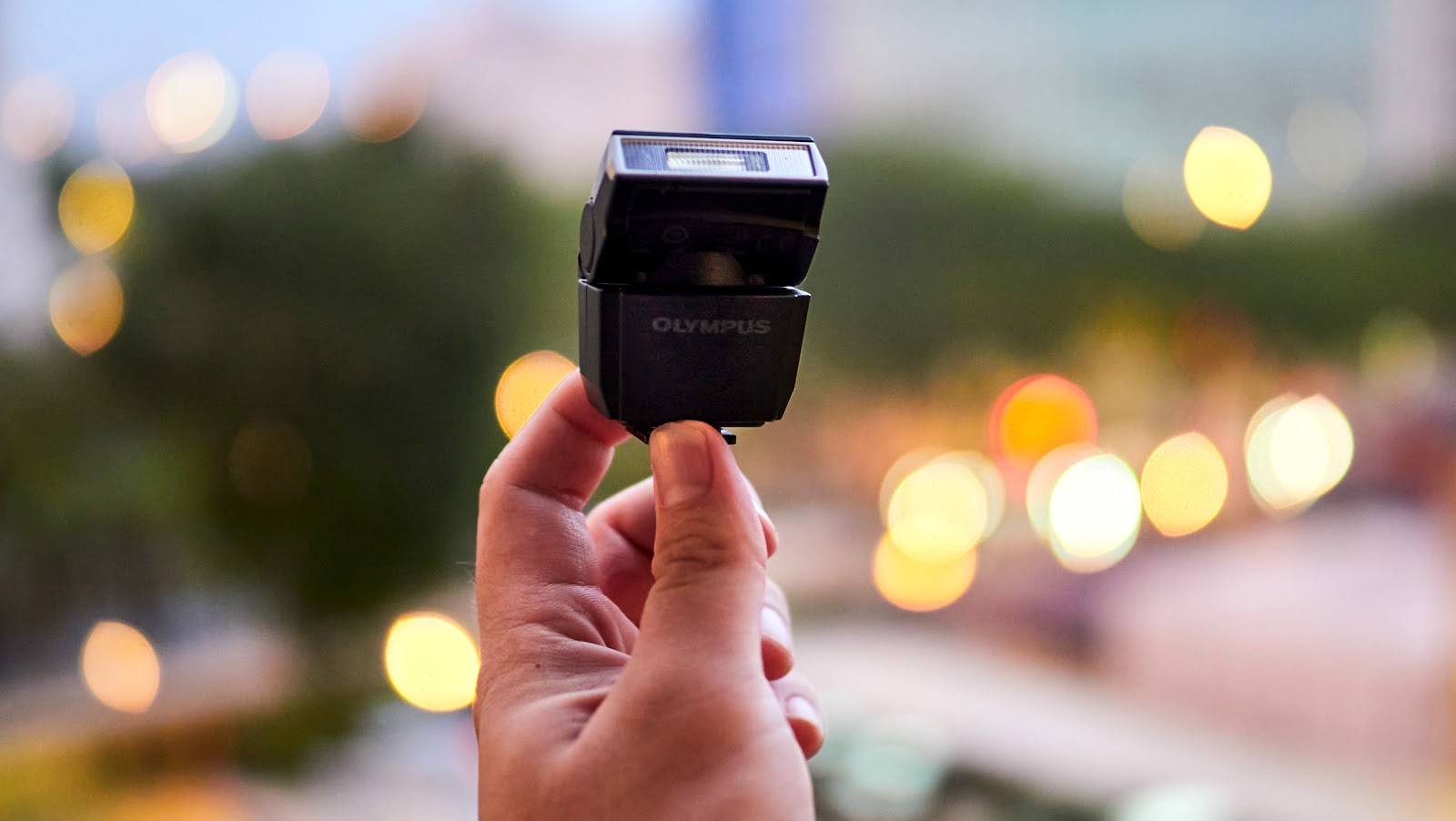 Olympus FL-LM3 is so compact, but do not underestimate what it can do. 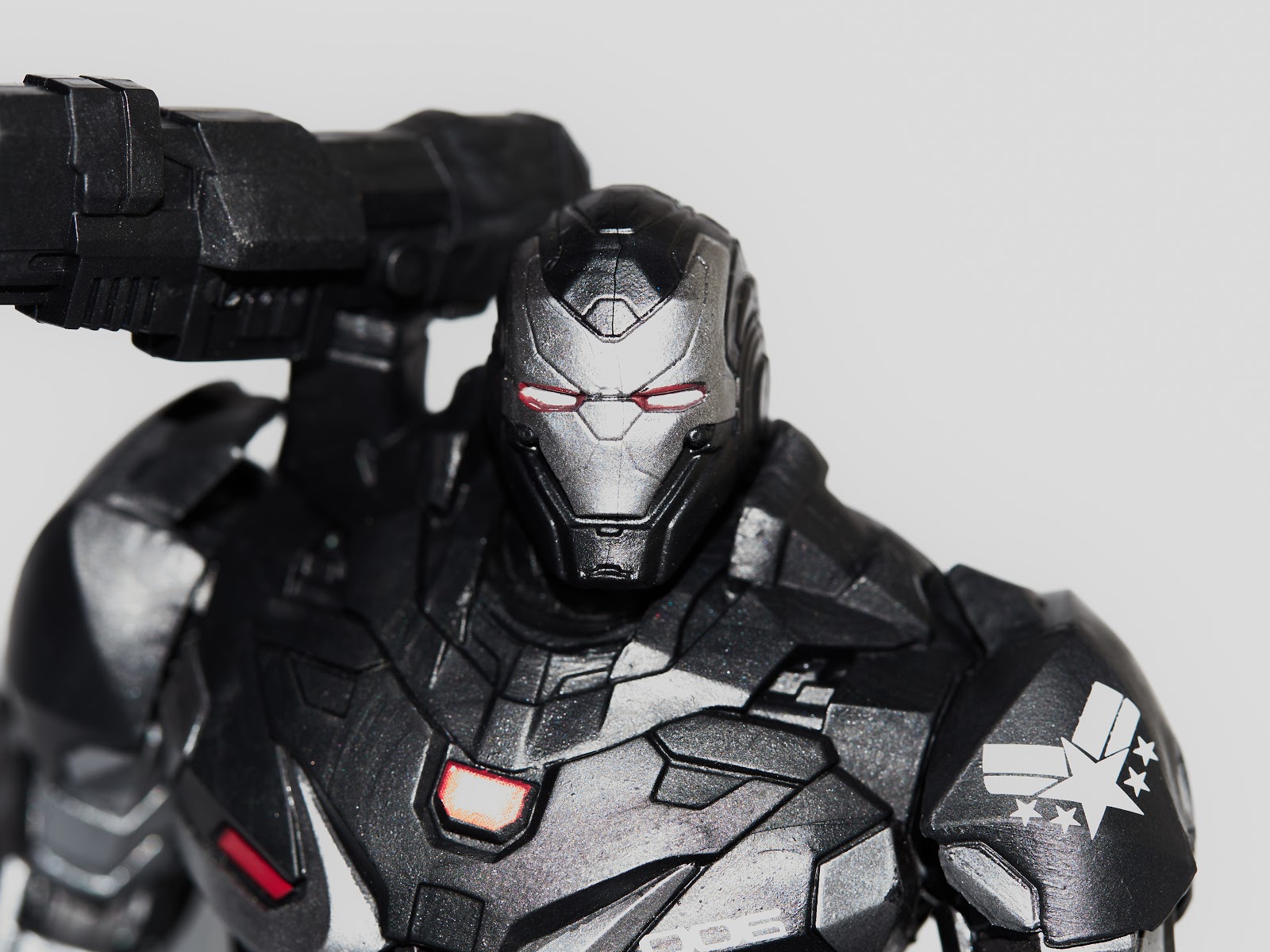 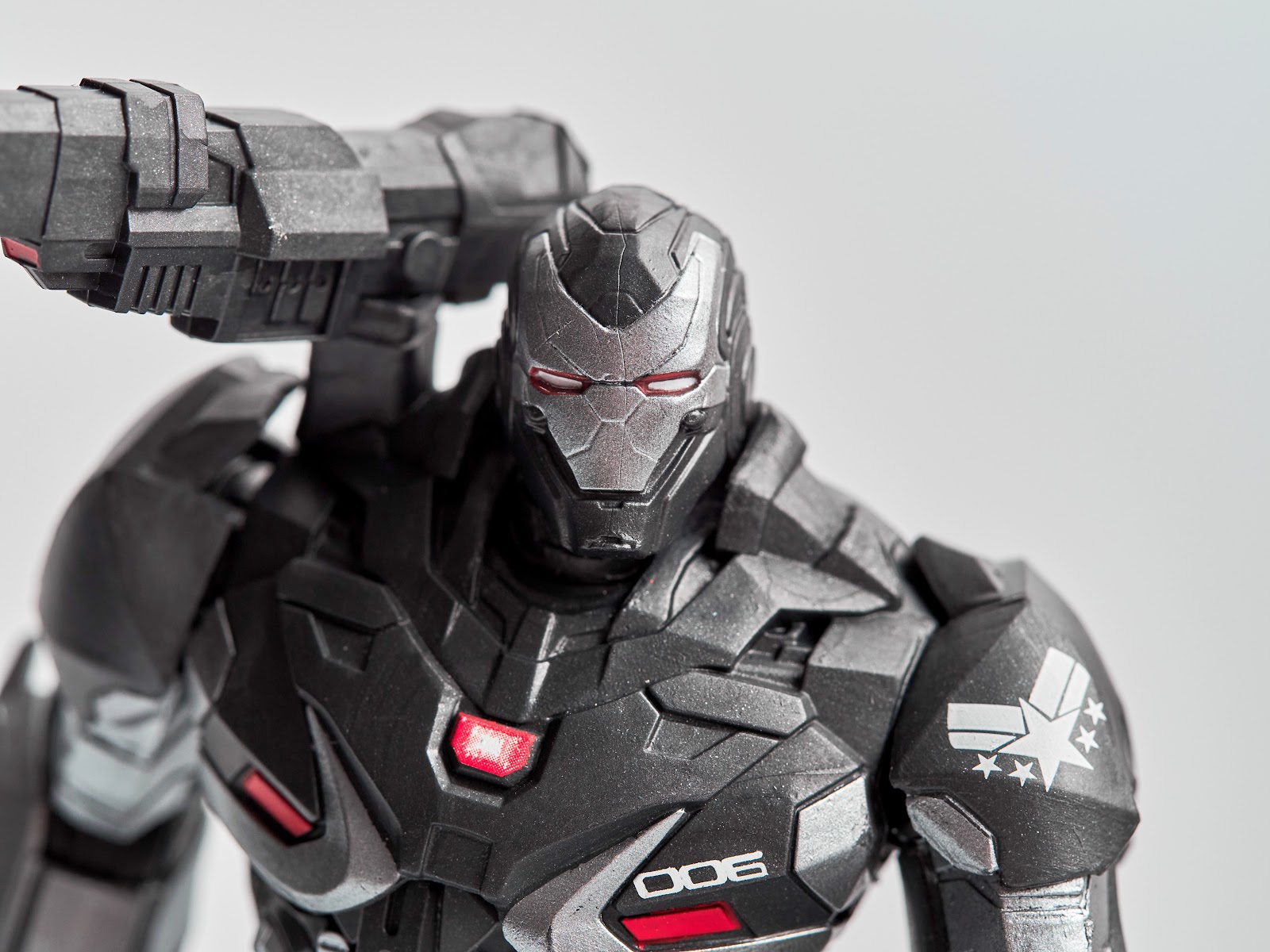 Tilted the flash head to bounce off side white ceiling, the result improved significantly.
2) POWERFUL
For a tiny build and small footprint, this FL-PL3 packs quite a big punch. It is perhaps not the strongest “built in flash” out there, but the rated power of GN9 at ISO100 is nothing to scoff at. Certainly if used correctly it is powerful enough to light up the entire medium sized room. Olympus also managed to increase the power output from their previous FL-LM1/FL-LM2 models, which were rated GN7 at ISO100. Of course the tiny FL-LM3 was not supposed to be used for vigorous flash photography, if flash is an integral part of your shooting workflow you should definitely consider getting a dedicated external flash, which provides much more power, flexibility, control and creative freedom.
3) NO BATTERY NEEDED
The cool thing about this tiny attachment flash, though it is somewhat an external flash, it draws power directly from the camera’s hotshoe mount connection, and requires no additional battery to operate. I have seen cases where my friends brought their awesome external flash and as they power the flash on, the batteries were blinking low, or worse, they forgot to even bring their batteries for the flash. Less things to worry about, the FL-LM3 works fine just being mounted at the top of the camera. This can be a practical, life-saving back-up solution in incidents where the batteries for your external flash runs out, or fails.
4) FULL MANUAL CONTROL
I don’t understand why some camera manufacturers (not going to name brands here, else people attack me mercilessly) decided to exclude full manual control function for their built in flash, or the attachment flash that comes with their cameras. I think the ability to control exactly how much flash output I want to fire is extremely crucial, even for beginners or newcomers to flash shooting. The last thing we need is an overblown image due to wrong/inaccurate metering which can happen, and just by having the option to override the camera’s decision can make or break the shot. Thankfully for all Olympus cameras, even the lowest level PEN Lite series allows you to take full control of flash shooting. 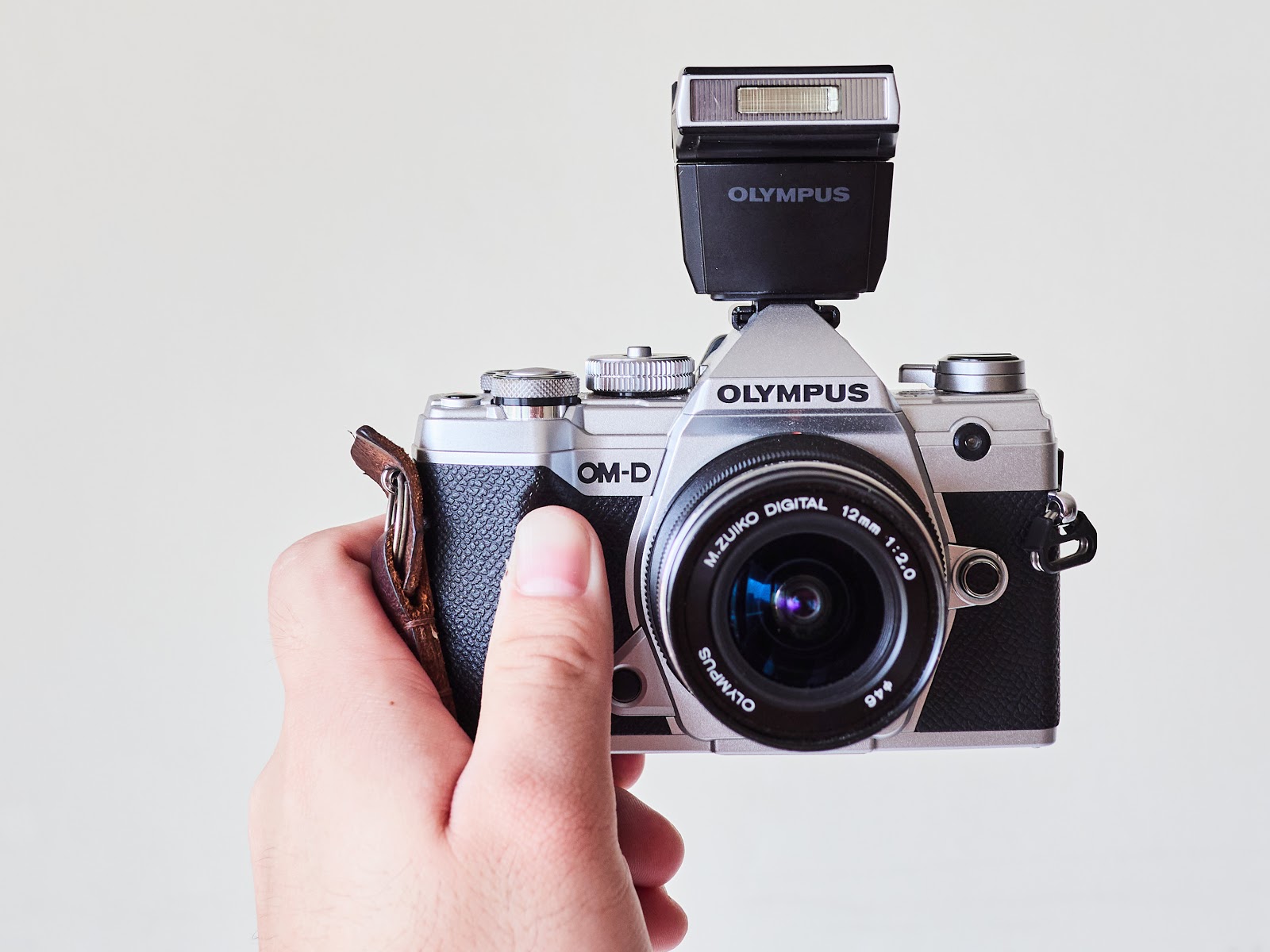 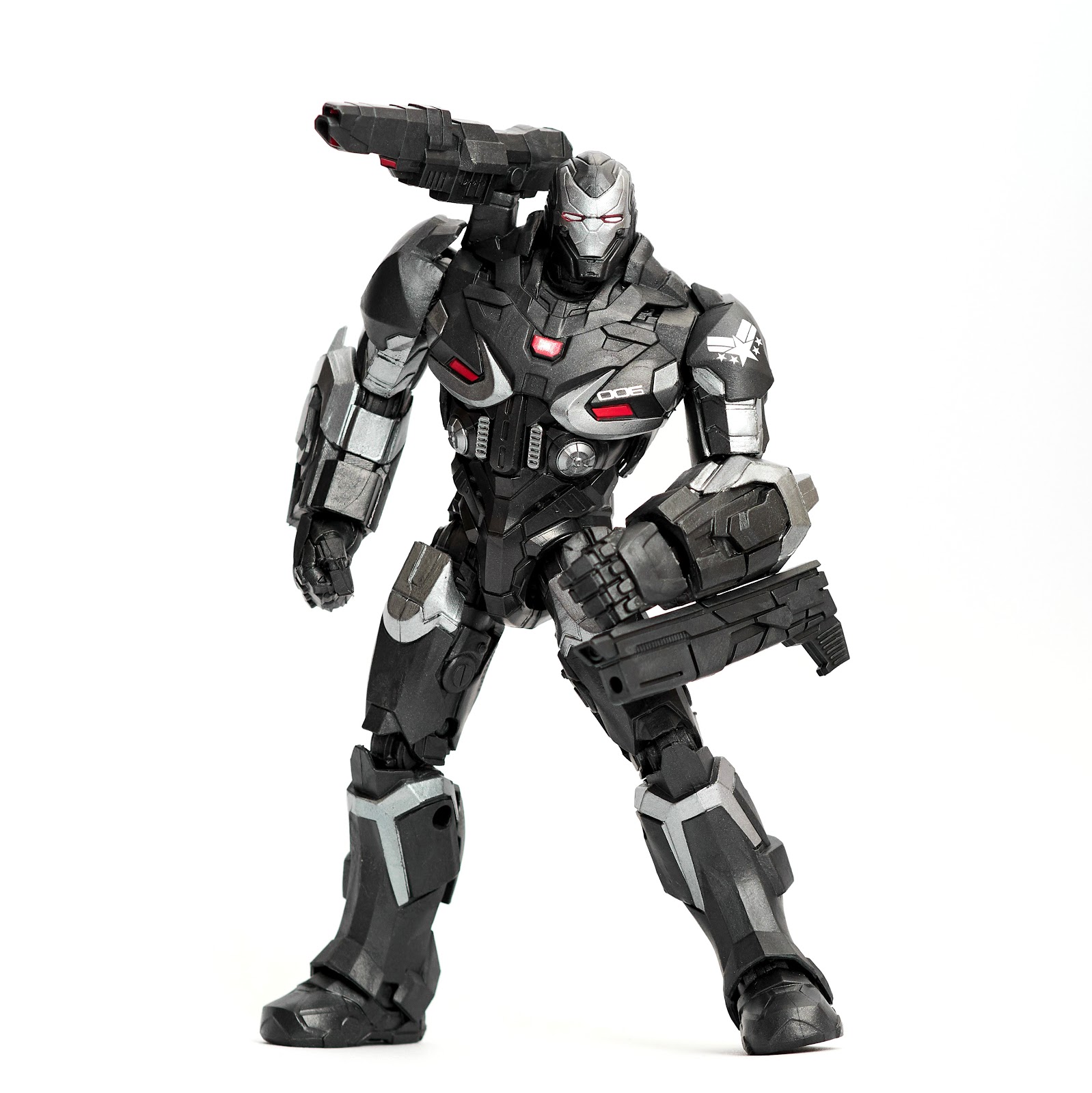 5) WIRELESS FLASH TRIGGER COMMANDER
Yes, that tiny flash can serve as a commander to trigger other Olympus external flash units wirelessly off camera. I use this primarily for product photography as well as insect macro shooting. The ability to have the light off camera, control the direction of the light and how it falls onto the subject can significantly change the way your photographs look. This little dude is the commander that triggers the other flashes optically. I have shared my step by step guide on how to do wireless flash shooting with Olympus system before, so if you want to find out more, do check out my insect macro photography article here (click).
6) WEATHER-SEALED
The FL-LM3 flash is fully weather-sealed against dust and splash to match the reliability of flagship Olympus OM-D cameras. If you have watched the video I have also poured water directly onto the flash. This sets the Olympus flash apart from other manufacturers who have weather-sealed bodies – you are required to tuck in the pop-up flash for full weather-sealing. Olympus allows you full use of the flash even in harsh shooting environments.
Do bear in mind that the Olympus FL-LM3 is NOT compatible with all Olympus cameras. Generally cameras that are newer than E-M5 Mark II is compatible with the FL-LM3 flash. Here is a full list of cameras (at the time of writing) that are compatible with the FL-LM3 flash.
E-M5 Mark II
PEN-F
E-M1 Mark II
E-M10 Mark II
E-M10 Mark III
E-M1 Mark II
E-M1X
E-M5 Mark III
E-M1 Mark III (though not included in the box)
Do you use the FL-LM3 flash in your own photography? Share your thoughts and experience!