Skip to content
In modern times, the Olympus OM-D E-M5 not only became the turning point for Olympus but also shaped the course of what a mirrorless camera should be and was capable of. It was a camera no one saw coming, as deeply involved as I was with Olympus, even I was pleasantly surprised with what the E-M5 can do. E-M5 effectively set many new benchmarks for what the mirrorless system is, and the many new features and improvements found in the camera was subsequently incorporated into many other newer camera models from Olympus as well as other manufacturers. It was indeed an exciting time and I was glad I was involved with the initial review of Olympus OM-D E-M5 when it was launched. In this new video I am making, it is a little throwback to that 2012 released E-M5, and let’s dive deep into what made that camera such a winner!
Here are the 10 things Olympus got right with their Olympus OM-D E-M5

1) WEATHER SEALING
At that time, mirrorless cameras were seen as mere toys, or nothing serious for photography use. Build quality were mostly plasticky and the cameras were small, unprofessional looking. However, the E-M5 was announced as the first mirrorless camera to be weather sealed. The splashproof and dustproof design sent a very loud and important message – this camera meant business, and was not just a toy. The weather-sealing allow the E-M5 to push shooting envelopes and be used in harsh operating environment. This was a bold but necessary move to change the public perception of what a mirrorless camera can do, and how it is the future, overtaking DSLR.

2) FAST & RELIABLE AF
All mirrorless cameras (not just Olympus) before E-M5 had sluggish, almost unreliable Autofocus. (with the exception of E-P3, which the E-M5 uses the same AF system). The contrast detect AF was accurate but too slow to acquire focus. Phase detect AF in DSLR system was already mature and the performance difference was obvious. Therefore, many professionals and serious hobbyists were reluctant to pick up a mirrorless camera due to the poor AF performance. Somehow, E-M5 managed to improve the AF based on contrast detect (at least for S-AF) to a point that it was matching the AF speed of even the fastest DSLR at that time. Then there was the touch shutter, shooting an image immediately by a tap on the LCD screen. I even shot weddings with E-M5 and the camera delivered, as expected.

3) NEW 16MP LIVE MOS IMAGE SENSOR
The new image sensor was a surprise. Not only having more resolution, which was necessary to catch up to competition, but everything else in the image quality department got a nice upgrade. Dynamic range was noticeably better and high ISO performance was improved drastically. The image quality came very close to even what the best APS-C DSLR at that time had to offer, and that is saying something coming from a Micro Four Thirds sensor. The ability to bridge the gap when it comes to final image output was a huge determining factor for a lot of photographers. The only way to have a huge margin of image quality difference is to go full frame, but that is a story for another day.

4) ELECTRONIC VIEWFINDER
Another reason that held a lot of DSLR users back from getting a mirrorless camera, was the absence of a viewfinder and having to use the camera back screen to compose (Kirk Tuck cutely named this “Stinky Diaper Technique”). Olympus added an EVF into the E-M5, with very little lag and the refresh rate was high enough to look very smooth, even if you jerk and pan the camera around viewing through the EVF. The colors were accurate and pleasing to look at (certainly much better than the OLED camera back screen, which was my biggest complain of E-M5). Having that EVF makes a world of difference, and it sets the path for future high end mirrorless camera models. In fact, the subsequent release from Olympus, PEN E-P5 which did not have an EVF built in was not well received by critics.

5) 5-AXIS IMAGE STABILIZATION
Olympus single-handedly changed the public opinion on whether image stabilization is necessary in a camera or not. There was a popular opinion that image stabilization is optional because it did not directly affect the outcome of the images, and also the effectiveness of older image stabilizers was questionable. Olympus broke those beliefs by introducing their 5-Axis IS, something that sounded so alien and cool at the same time. I was the first to doubt the effectiveness of the new image stabilization system when I was briefed privately by Olympus. You have to understand, I was an engineer, you can claim whatever you want on paper but I will only believe it when I can prove it myself. And that actually happened, when I was testing the E-M5, the benefits of the 5-Axis IS, though in the first iteration, was undeniable, and I knew immediately this was the future of imaging products. 5-Axis IS has become a standard for high end cameras, just take a look at all other cameras out there from Sony, Fuji, Panasonic, Nikon, their highest end flagship cameras, don’t they all have 5-Axis IS? It began in Olympus E-M5! 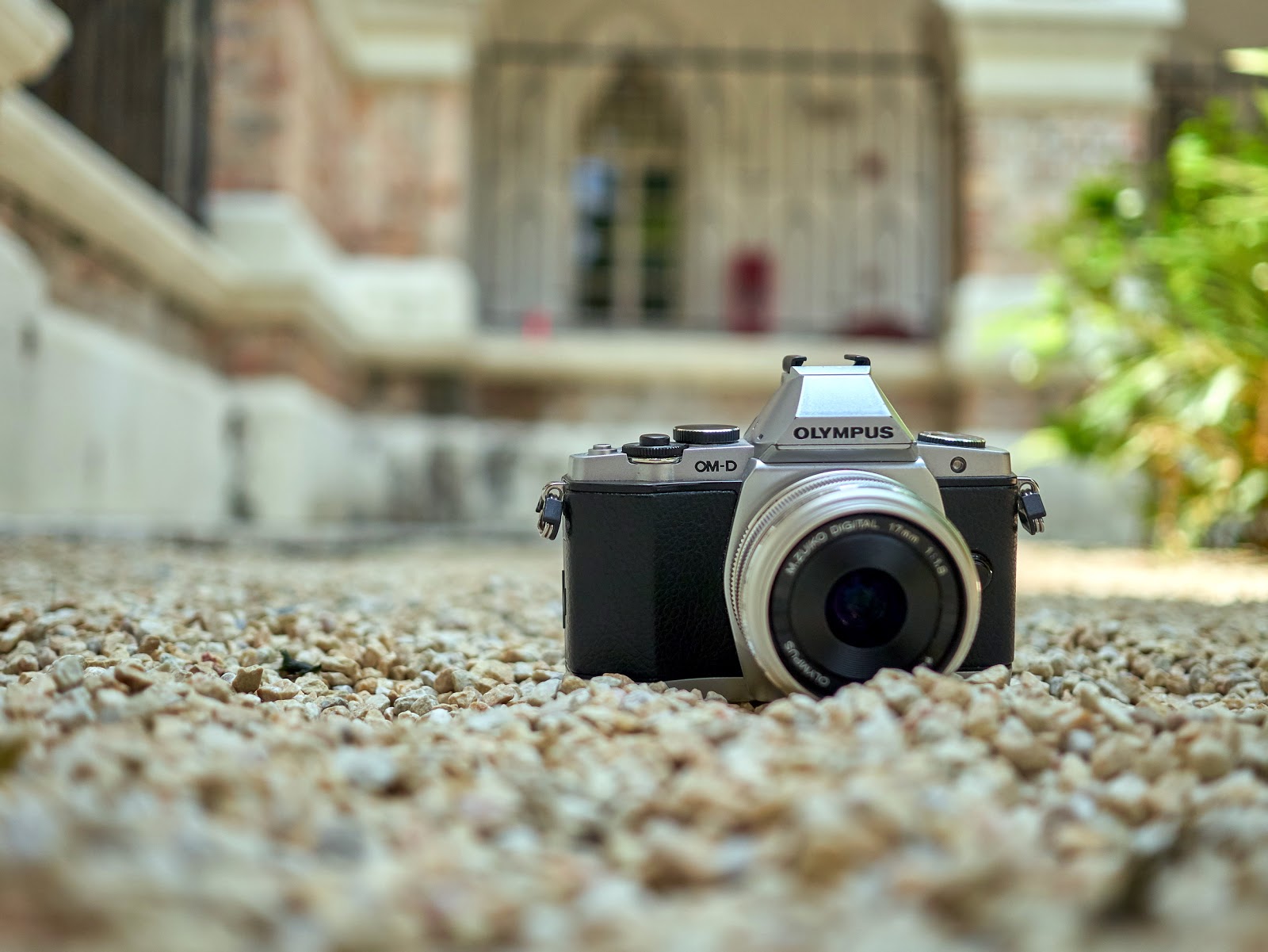 6) NEW BATTERY
To ensure that the battery can sustain the drain of all the new technology and features added to the E-M5 (eg 5-Axis IS, EVF, fast AF, etc) Olympus used a new battery, BLM-5 in the E-M5. The upgrade was much needed, and I could confidently get 500-600 shots per single charge. Unlike some other mirrorless cameras from other brands that dies after less than 200 shots per charge. (we are talking about 2012-2013 period of course).

7) TWO PARTER HLD-6 BATTERY GRIP
Olympus released battery grip to support the E-M5, and this design was the first in the world to make it two parter. There was the horizontal part only, to add beefier grip to the hand-holding area without the need of additional battery or bulk, keeping the camera as small as possible but with additional stability when holding the camera. Then there was a second part of the grip that added weight, bulk and another extra battery for longer shooting. The second part of the grip design is more DSLR battery grip conventional.

8) M.ZUIKO 12-50MM LENS
Olympus released M.Zuiko 12-50mm kit lens ahead of E-M5, which was weather sealed and has very capable macro shooting. There were no other weather sealed lens at that time, and having a weather sealed kit lens to go with a weather sealed body was crucial. I personally loved the 12-50mm lens, though I do admit the 12-40mm F2.8 PRO that came with E-M1 after that was a superior lens.

9) MAGNESIUM ALLOY BODY
If I remember correctly, the E-M5 was also the first mirrorless camera to feature a robust magnesium alloy body construction. The metal construction inspired confidence, and separated Olympus from the crowd. Only the highest end of DSLR cameras use magnesium alloy build, and having the same material construction placed the E-M5 at a different spot, bumping general perception of the camera that it was not a non-serious camera.

10) TRULY COMPACT & LIGHT
All the above, the EVF, 5-Axis IS, new image sensor, fast AF, all packed into a small and light form factor of E-M5, this successfully demonstrated how a mirrorless camera should be. Small in footprint, yet capable to deliver professional quality results, and matching DSLR in terms of shooting performance. It paved a way for Olympus Micro Four Thirds system (many more cameras and lenses) to come. The small and light advantage was a big thing for Olympus, allowing the photographers to pick up the camera and shoot without worrying about neck strains or back pain!

I acknowledge the Olympus OM-D E-M5 was not a perfect camera, in my original review I did have my fair share of complains, but most of these shortcomings were fixed in the subsequent E-M1. Also Olympus never claimed the E-M5 to be a professional grade camera, it never was designed that way. Which hinted to the coming E-M1, but that camera deserves a spot on it’s own.

I am sure many of you have owned an E-M5, or are still shooting with one. Is yours still alive? What are your experiences shooting with the E-M5? Share your story!