Skip to content
Let’s unwind the clock and go right back to the beginning when it all started – the moment I got my first DSLR, the Olympus E-520! I have had the E-520 since 2008, I discovered photography with this small, entry level DSLR, and even did some commercial shoots with it. It has been a long way since E-520, I have upgraded to different cameras ever since, but the significance of that camera in my life is incredible. I want to relive some moments using Olympus E-520, and I want to discuss several items – my early photography journey, the growth of this site and of course – how I have come  to  love and stayed loyal to Olympus.

My E-520 is still alive and doing well, so I brought it out for shutter therapy! I was using a 2008 camera in 2019, and it was indeed an awesome  experience.

The main reason I chose Olympus entry level DSLR over any other options, was because it was significantly cheaper. I remember the E-520 with kit lens was retailing at RM2,599 in 2008. Alternatives such as Canon 450D was selling at RM3,899 with kit lens only, and a Nikon D60 was at about RM2,999 with kit lens (or was it RM3,299?). After doing much research, Olympus offers a lot more bang for the buck – built in image stabilization which was quite effective, live view that was somewhat functional, amazing kit lens being sharp and compact, wireless flash capabilities built in, and a decent optical viewfinder, which was bigger and brighter than the peers at that time. I acknowledged that when it came to Megapixel count, the high ISO numbers, dynamic range and AF performance, either Canon or Nikon easily won the race, but I was also a graduate engineer earning peanuts from a local consultant firm, and it took me a while to save up for my first camera. Budget was a big concern, and it was my very first camera, I did not think it was wise to go all out, especially when I did not even know how to properly control the basic exposure settings!
So I settled with the E-520. I simply loved it! I loved it so much I went out shooting almost all day on the weekends that I was not working. I would shoot anything and everything I could find – any free fashion shows at the malls, insect macro photography, random street outings, trips to the local zoo, bird parks, butterfly parks, flower gardens, anywhere that I can have an excuse to use my camera, I would definitely say yes. I was obsessed with photography, not so much on sharing my work or wanting people to notice me, heck I did not have a Facebook account until  much later. I just wanted to shoot and shoot and shoot and it has become and addiction – I was happy when the camera was in my hand and I was out shooting.
Here are some shots from recent shutter therapy session in 2019 using the E-520! I was using the Zuiko 50mm F2 Macro, my kit lens was faulty. 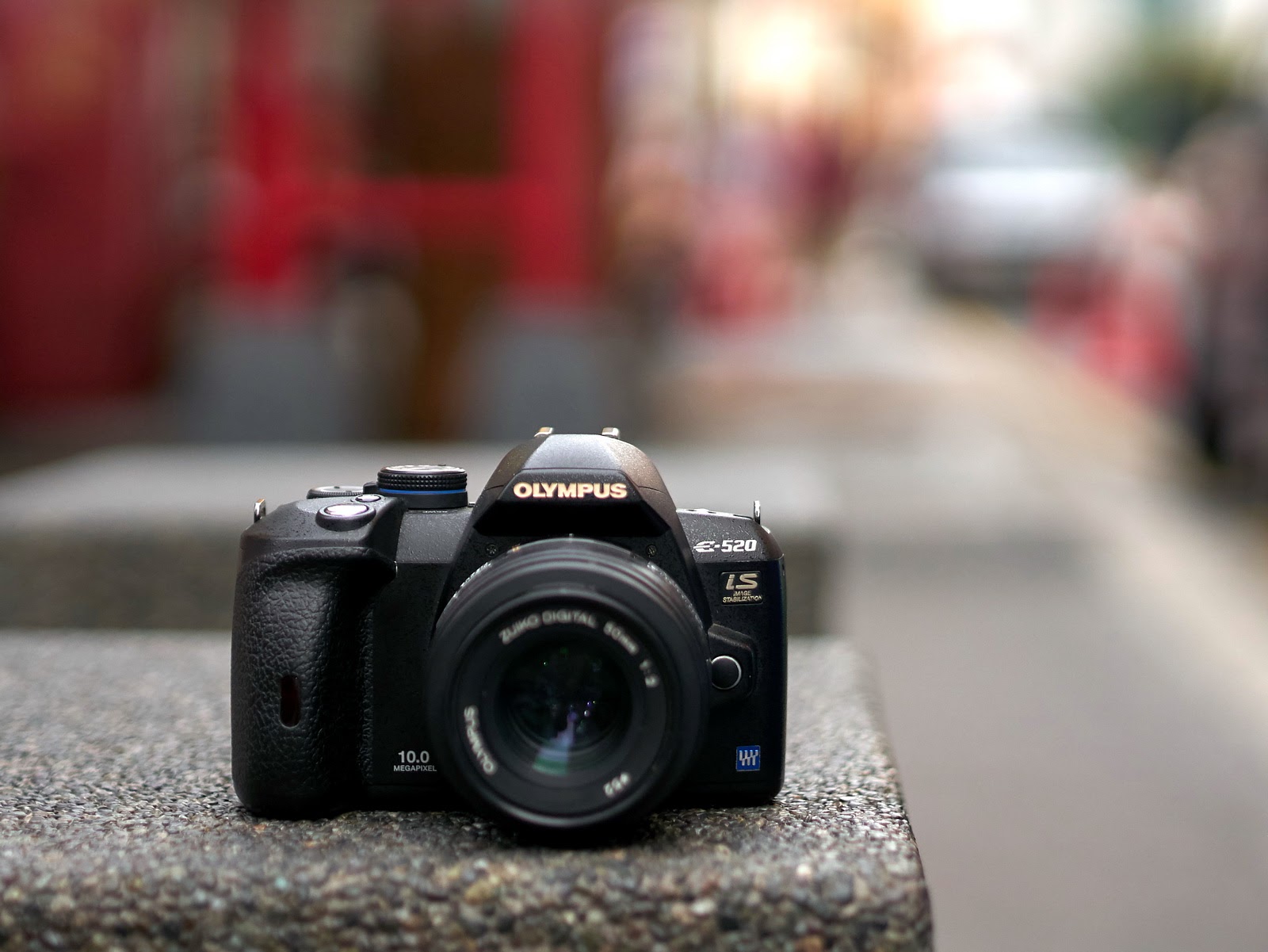 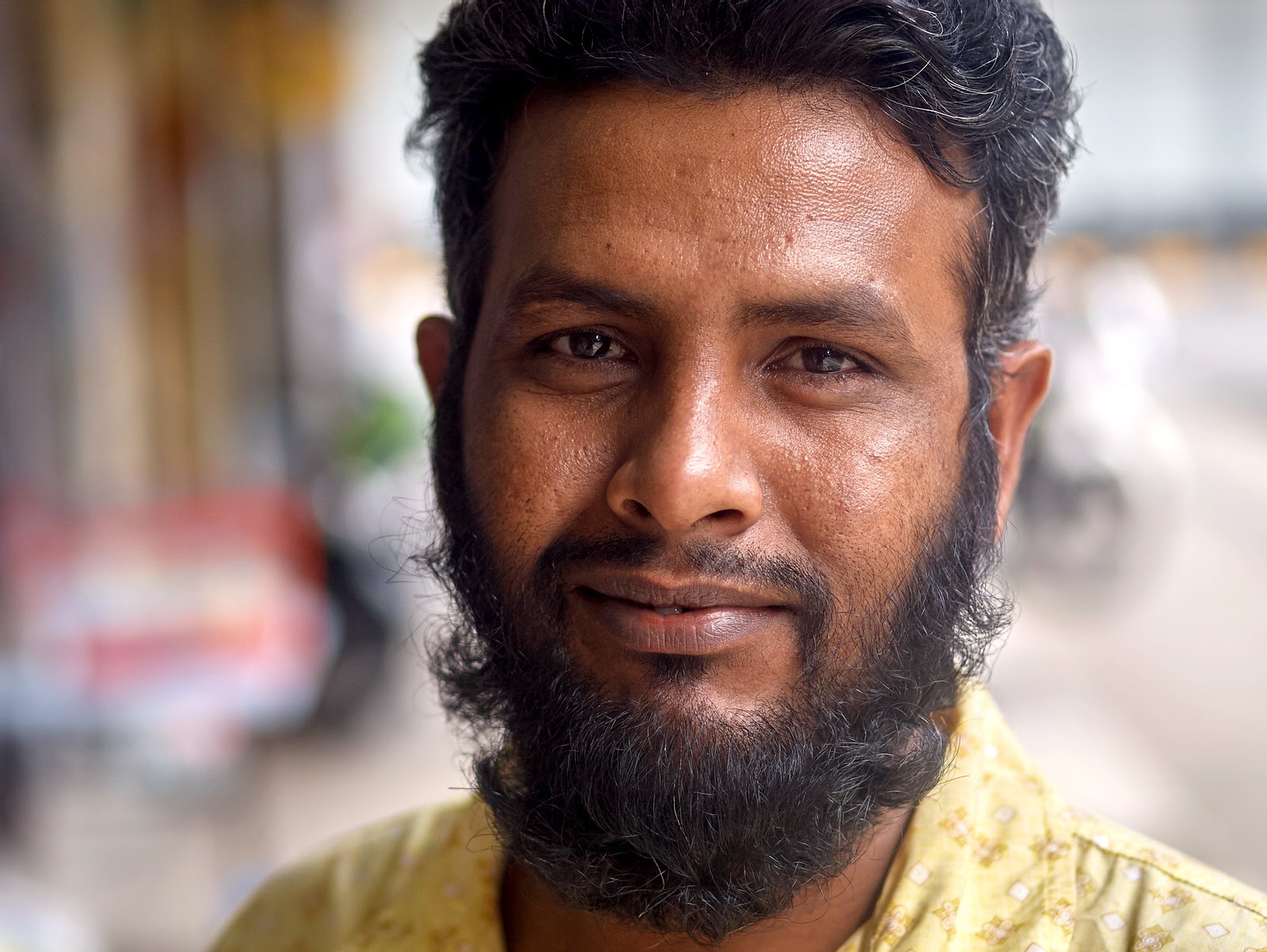 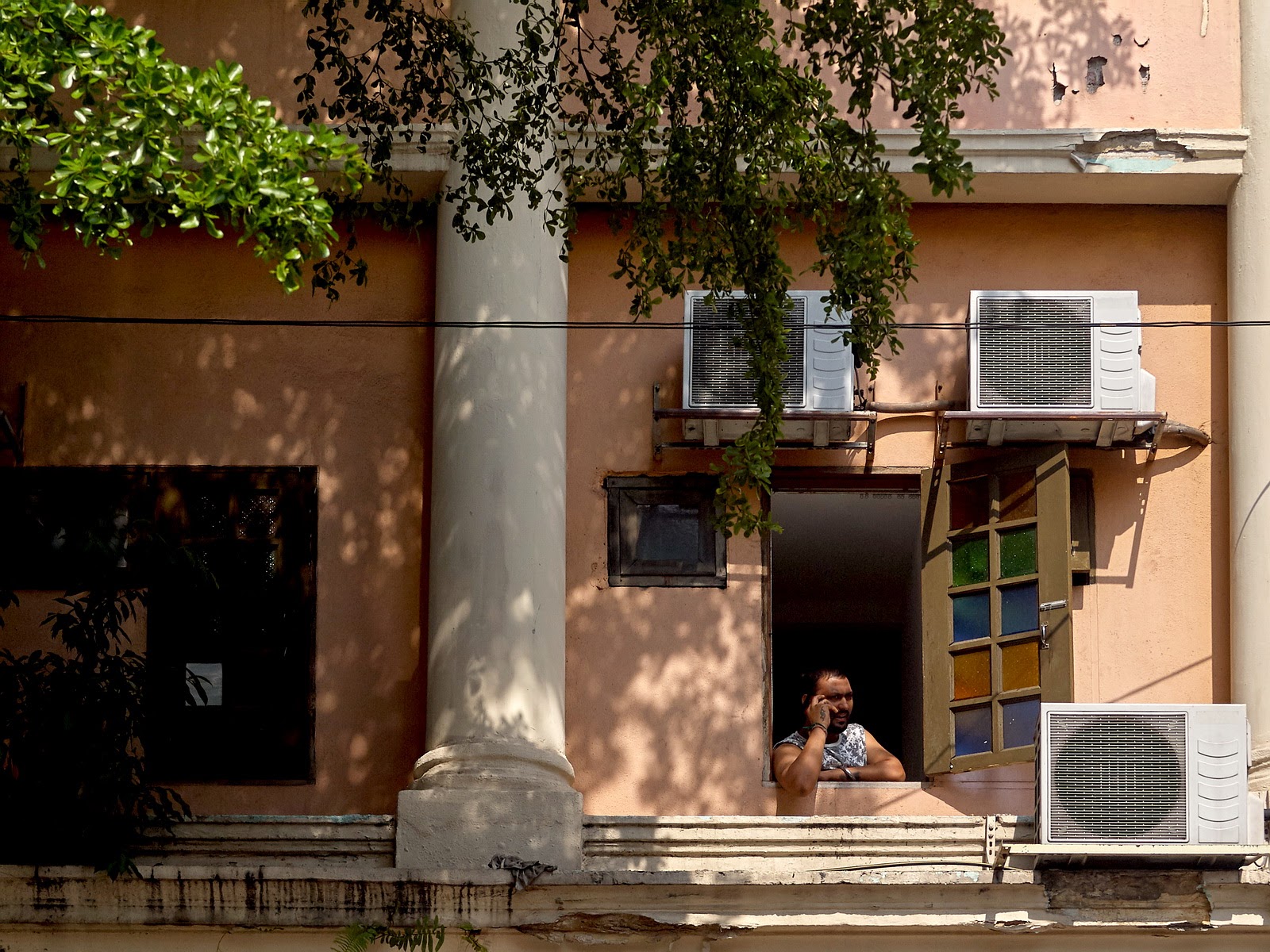 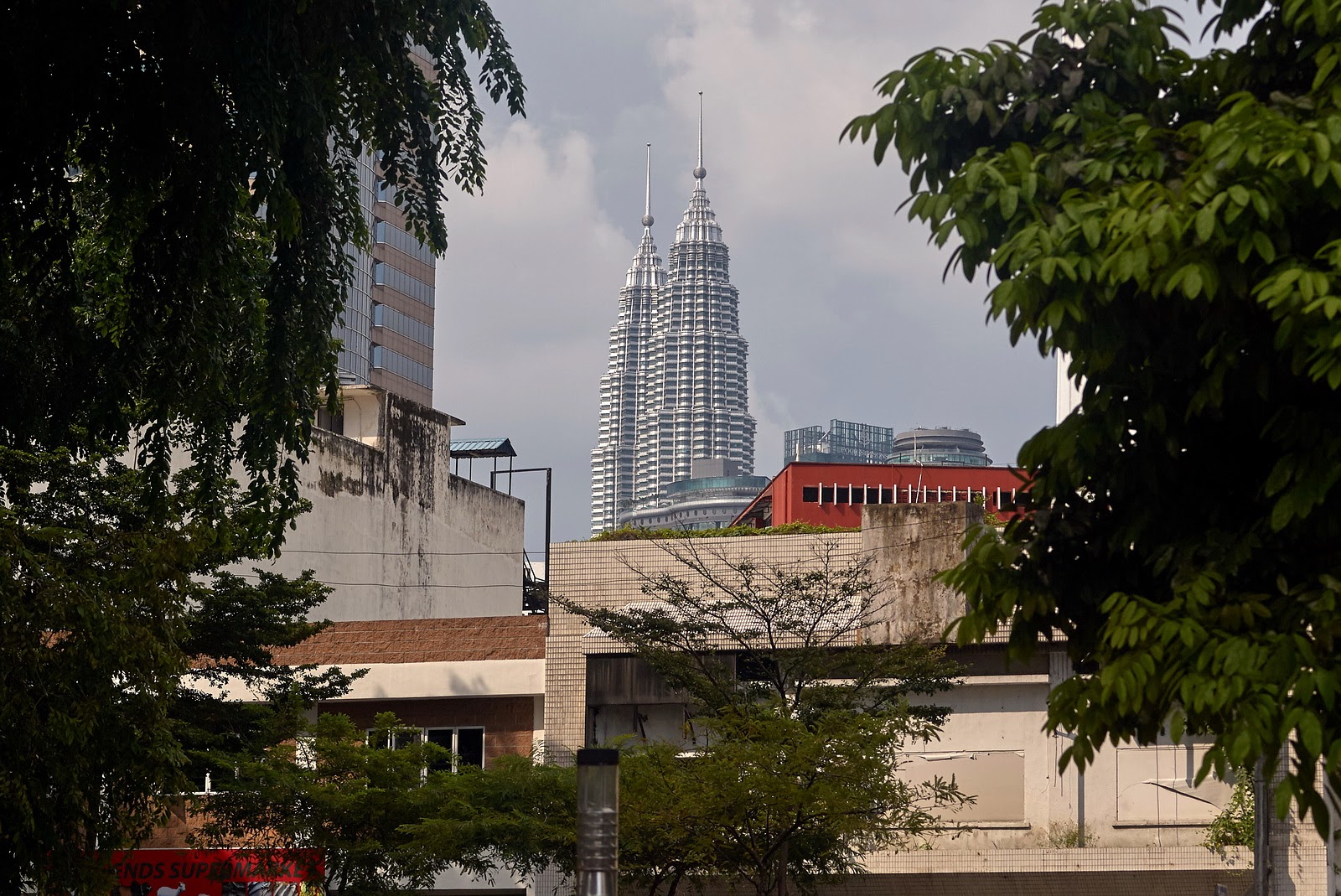 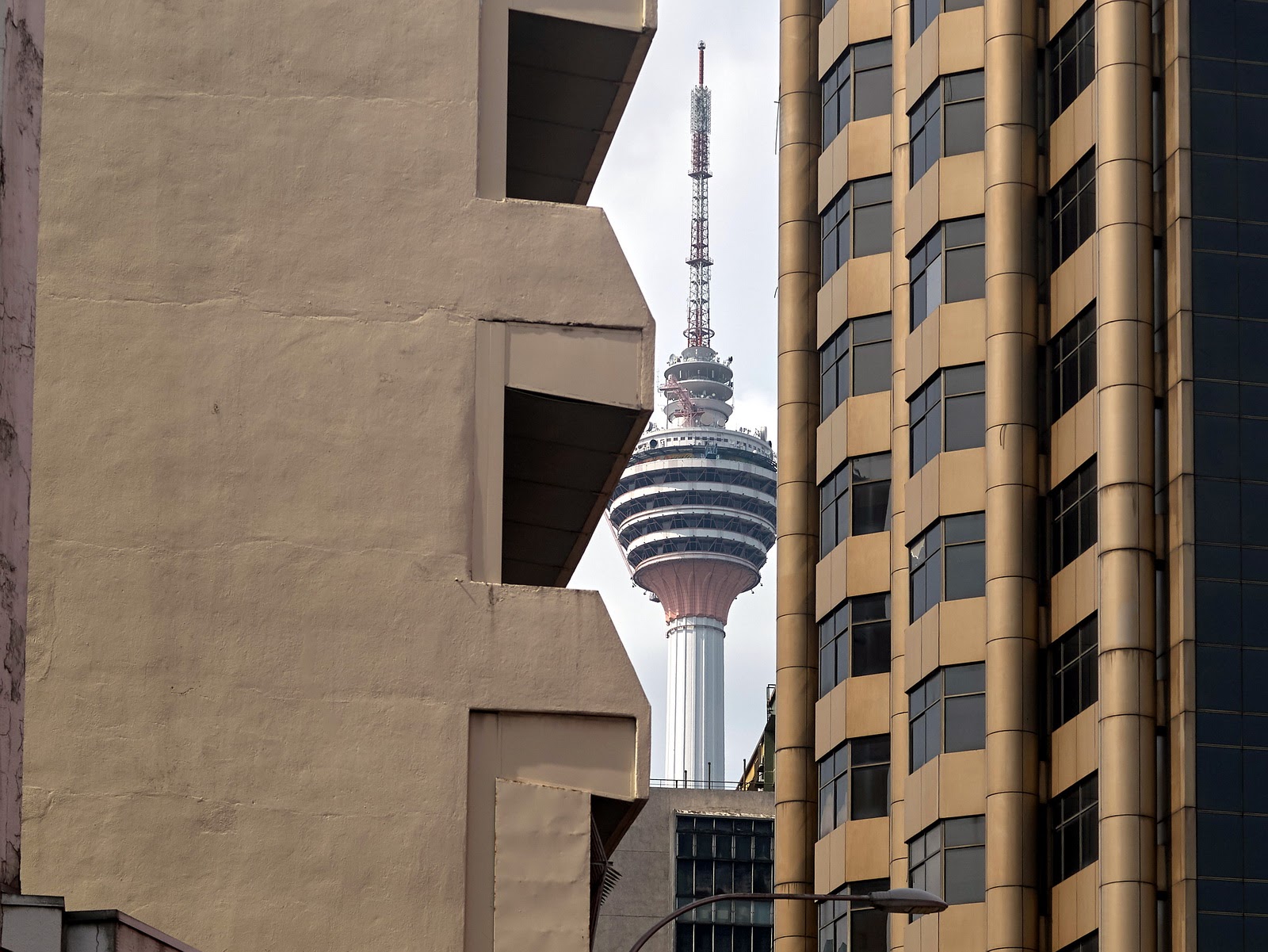 As I used the E-520, my blog also started to evolve. The original form was random daily musings, or sharing on what happened in my life – sort of like an online journal which I shared with family and friends. I started blogging when I was in Perth, Australia studying and it was a way to communicate and share my adventures with everyone else at home. However, I bought the E-520 when I have returned to Malaysia, and the blog then mutated into something else entirely. I started to share my weekly shooting adventures, new photographs and also my thoughts, experience and notes on my journey in photography. My experiments, trials and errors, what I have learned. It slowly grew steadily over the years, like any other blogs back then, but nothing spectacular happened. I was blogging for several years, until in the year 2010, when Olympus Malaysia took notice of me and invited me to test/review their then newly launched Olympus DSLR E-5, the new flagship!
That was the turning point of this blog, and also my so called “career” as a photography blogger, as I gained world-wide audience from that singular review of the Olympus E-5. I did not see any of this coming. I did not know what to expect, or how widely my review would spread out. I remember clearly when the E-5 came to me, I asked myself what can I do with it so that I will not be redundant or repeat what every other reviewers were doing? I did not want to “copy” or do the same things all over again. The typical comparison, charts and graphs, shooting at brickwalls, etc. I decided it would be best for me to just do what I have been doing all along, bring the camera and go out to shoot! Take as many good photos as I can, and share the photos, and I can write based on my experience shooting those photos. Thus, the final result of my Olympus E-5 review was me sharing my images and user-experience from a photography-enthusiast using the camera.
The review was received positively, and it was totally unanticipated. I guess I came in at a very awkward time, everyone else was spelling gloom and doom for Olympus E-System DSLR – people have been losing faith and jumping systems. Then came along this random dude from Malaysia who said the E-5 was actually a good camera? And I had photographs to back up my words! People may question what I have said,  or disqualify my opinions, but the sample photographs were real, and they did not lie. 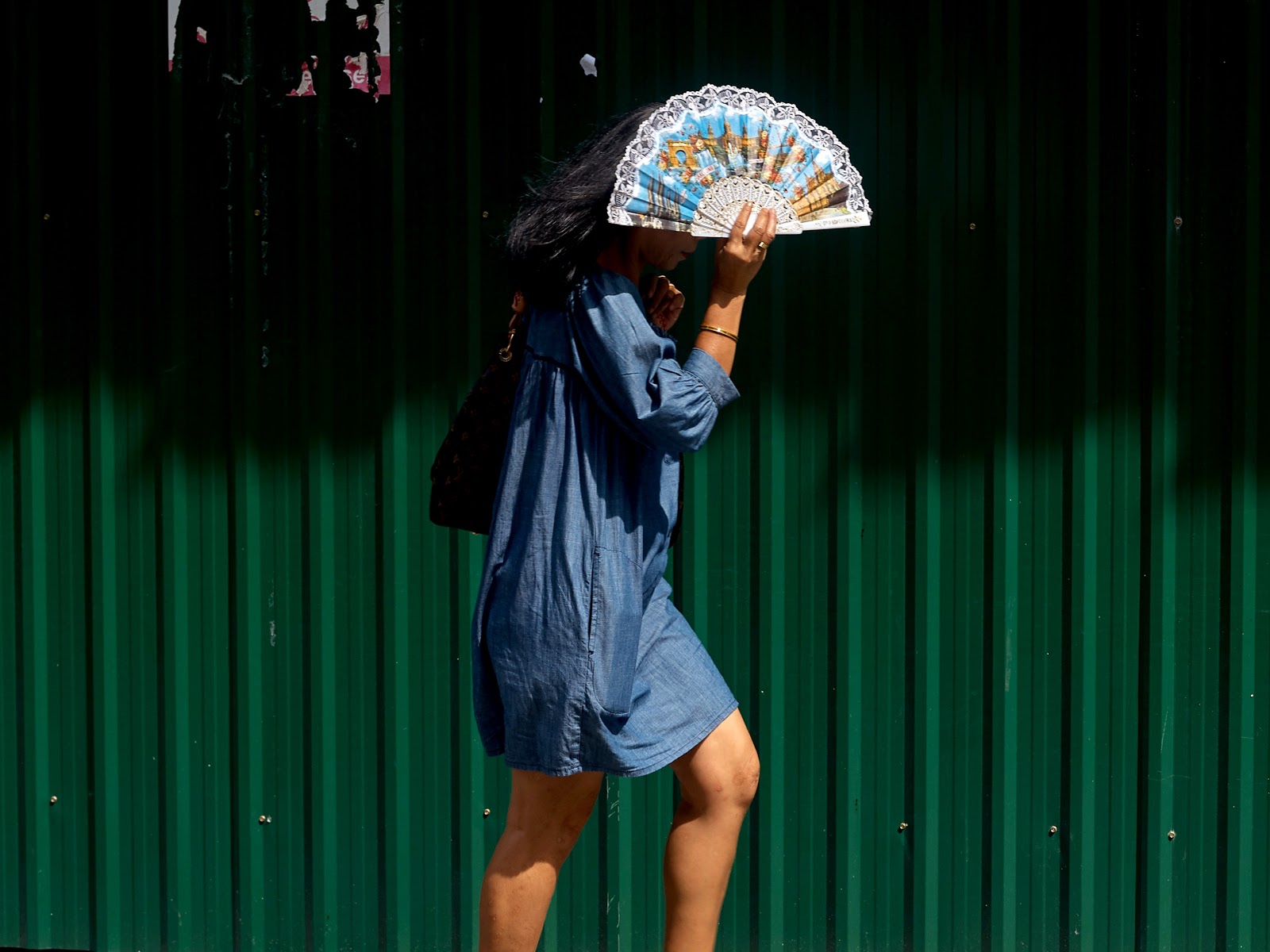 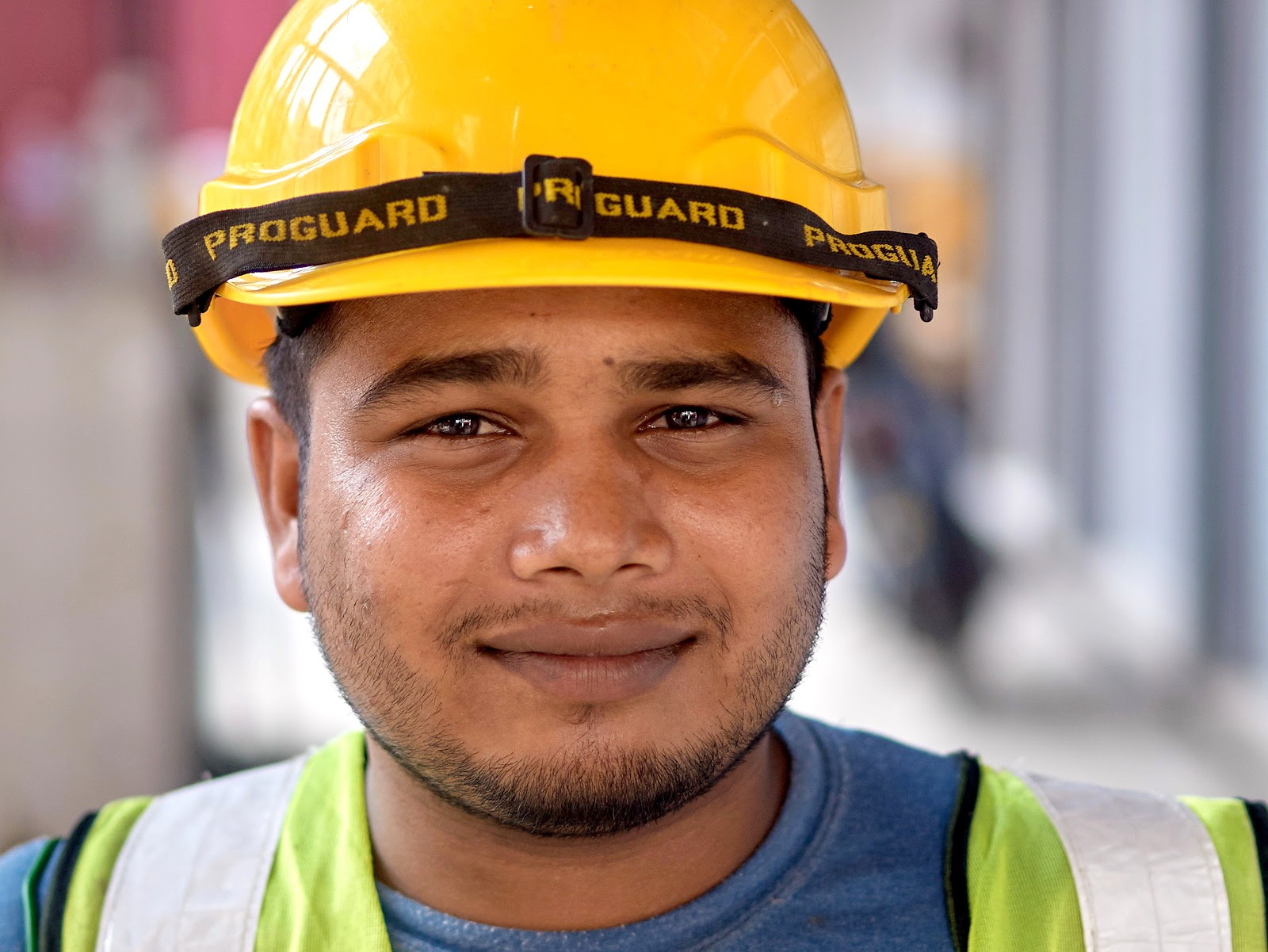 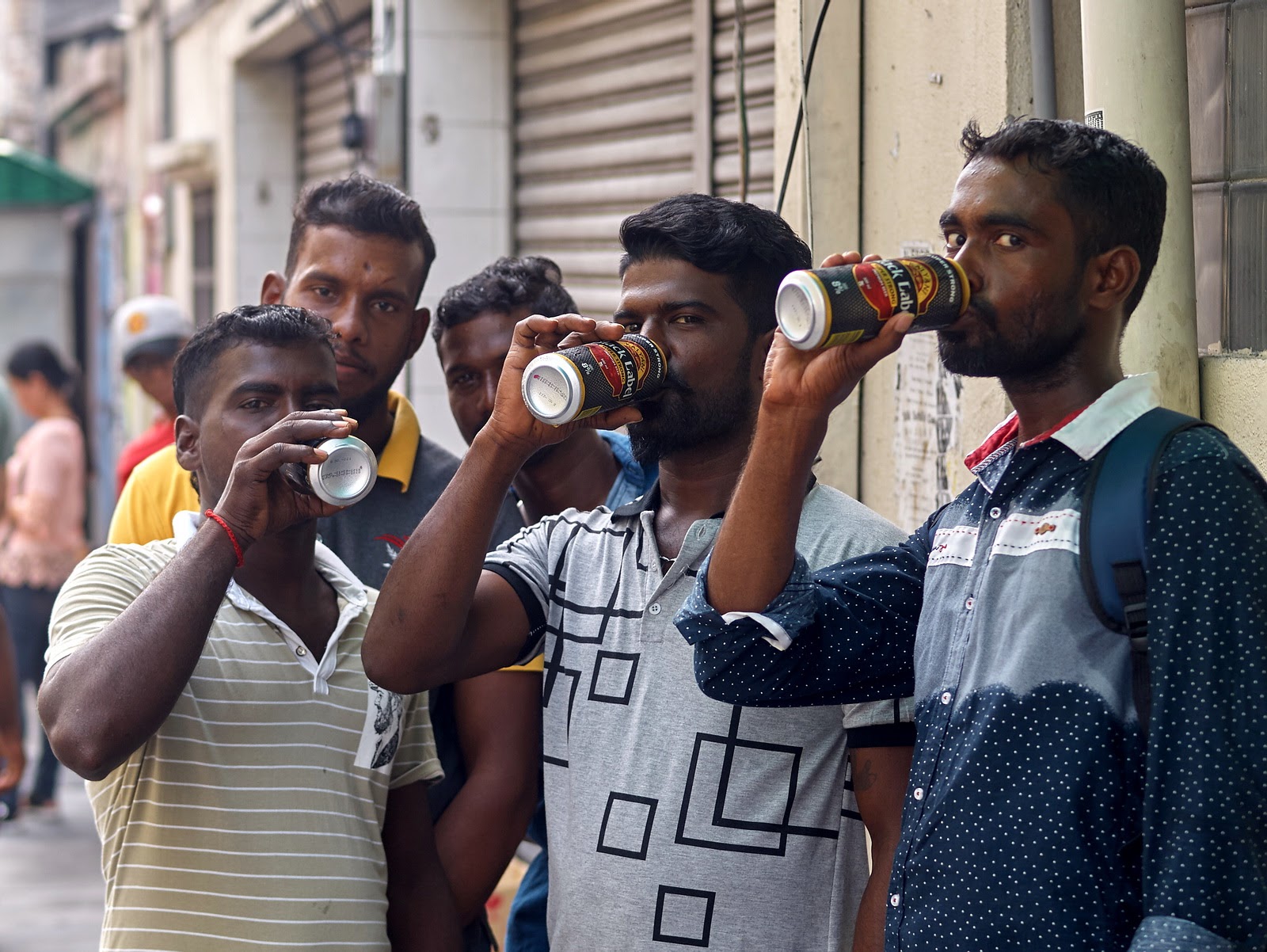 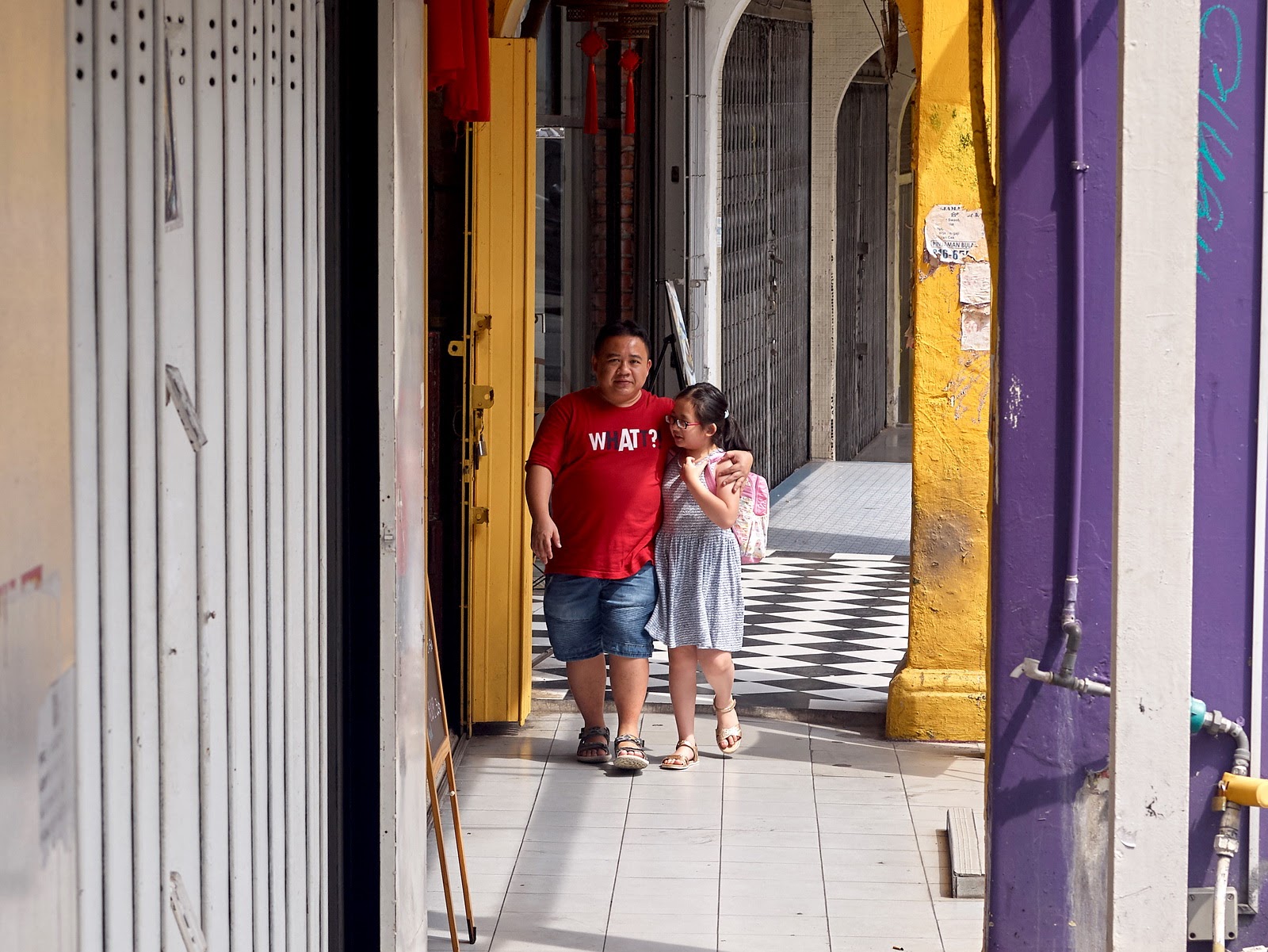 You see, all this would not have happened if I have used any other camera brands, because there were so many people writing and talking about Canon, Nikon or Sony cameras. I was probably one of the very few people  in the world, and the ONLY person in Malaysia actively blogging about Olympus camera, week after week, consistently for years, without fail. It was all with the Olympus E-520, a small, humble entry level camera from Olympus and because of that, I was able to connect with all you beautiful people and continue to do what I love doing, sharing my passion in photography!

The E-520 is a 10 Megapixels camera, something of a norm back then. To me, 10MP is still plentiful today, looking at the images I have captured, I did not wish I had more pixels. Looking at Full HD screen, the images still can hold its weight and they came out beautifully sharp. Shooting with the Zuiko 50mm f2 Macro, I got some very sharp results, that was an incredible lens from Olympus which was my favourite. I love what Olympus was doing with their color science, and the white balance engine was spot-on. The skin tones were pleasing, and overall I have always said the Olympus colors were true to life, and vibrant. The same signature colors can be found in newer cameras from Olympus.

ISO was limited to 1600, and if anyone has restriction today they would go crazy. But I did have an Olympus flash for my low light shooting, so it was all good. There were only AF points, and truthfully only the center one was fully functional as it features cross type AF with better sensitivity, hence I had no choice but to use center focus and recompose method. I had no issue nailing shots under good lighting condition, and even some quick action shots. I initially thought I would miss more shots using the E-520, but the AF proved to be more capable than I have expected.

Perhaps the most notable difference in shooting with E-520, was because it was a DSLR – hence I had to use the Optical Viewfinder. It was quite a refreshing experience, shooting with mirrored view, and looking through a small window into the world. I had no issues using an optical viewfinder, but I have moved on and definitely prefer the versatility of shooting through an Electronic Viewfinder. I treasure the ability to see live preview in real time, and being able to “pre-chimp”  (a term invented by Kirk Tuck) my images before I click the shutter button. I understand how some people may not like using EVF, it is like looking at a tiny TV screen, which is unnatural. I guess this is a situation where I chose to adopt and favor function – I just work more efficiently with EVF. 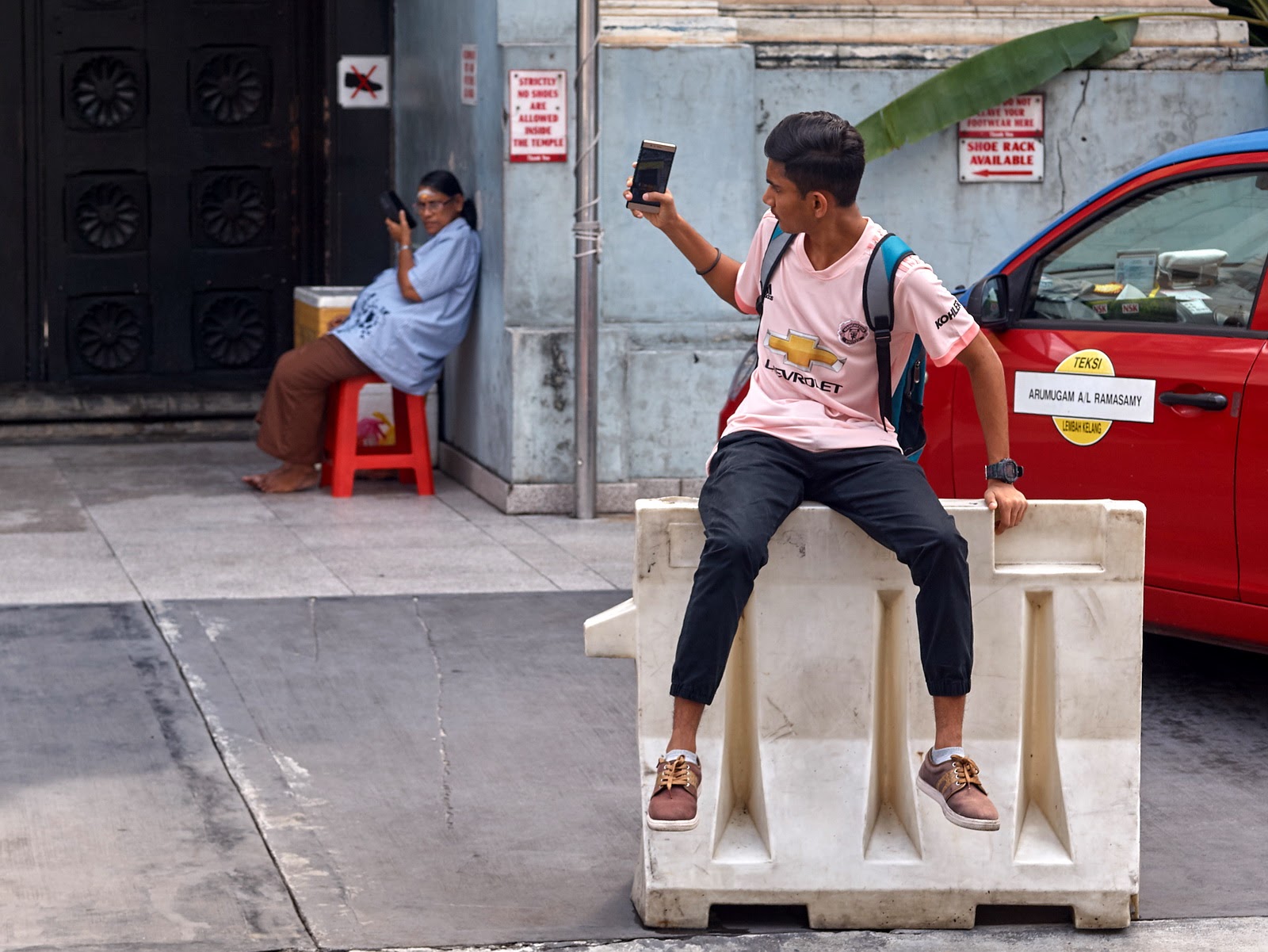 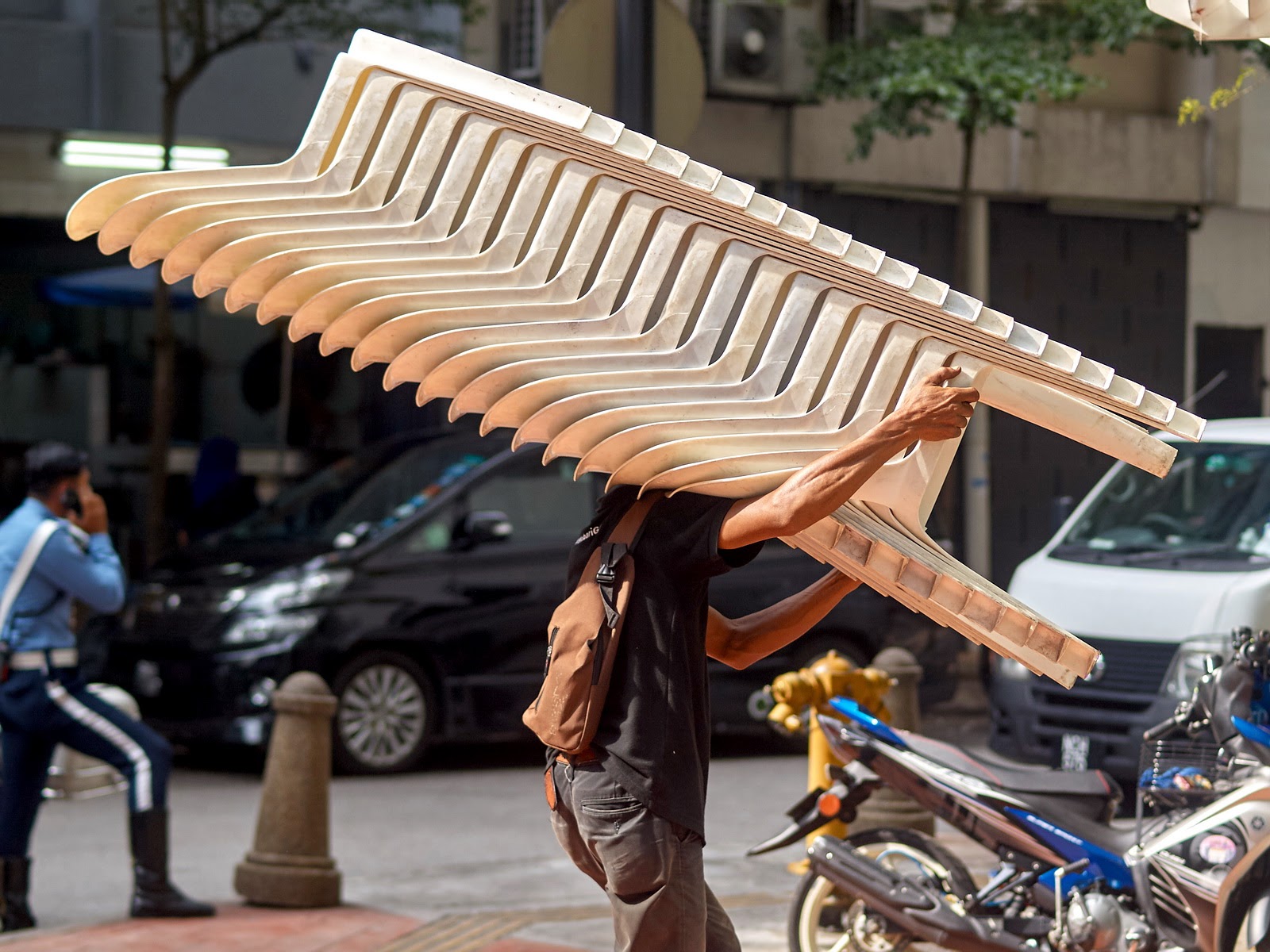 I can clearly see the Olympus DNA in the newer OM-D cameras in the E-520. The super control panel was already there. Olympus was quite adamant about in body image stabilization, unlike certain camera company that started with IBIS then abandoned it halfway then came back again much later in the game. I can see the signature Olympus look, sharp and detailed images from high quality lenses – this is perhaps their greatest strength, producing excellent optics and knowing how to manufacture them. Though it was a DSLR, the E-520 was really small and light, yet Olympus did not sacrifice the handling aspect, the beefy hand-grip area and overall very good ergonomics, you can clearly still see these traits in their newer cameras. In fact, Olympus was the first to introduce Live View in DSLR cameras, and in professional shooting environment. When they launched the E-330, with live view, many scoffed at Olympus and claimed that professional photographers won’t shoot with the screen and only use the viewfinder. Yet today, Live View is in EVERY single DSLR and system cameras (mirrorless).

It is not difficult to put together how much I love Olympus products, I have always admitted this openly, it is not secret, and it all began with the E-520. The camera is special to me, it has brought me far, and it was my first love. I fell deeply in love both in photography and with Olympus through E-520. The E-520 will always have a special place in my heart. 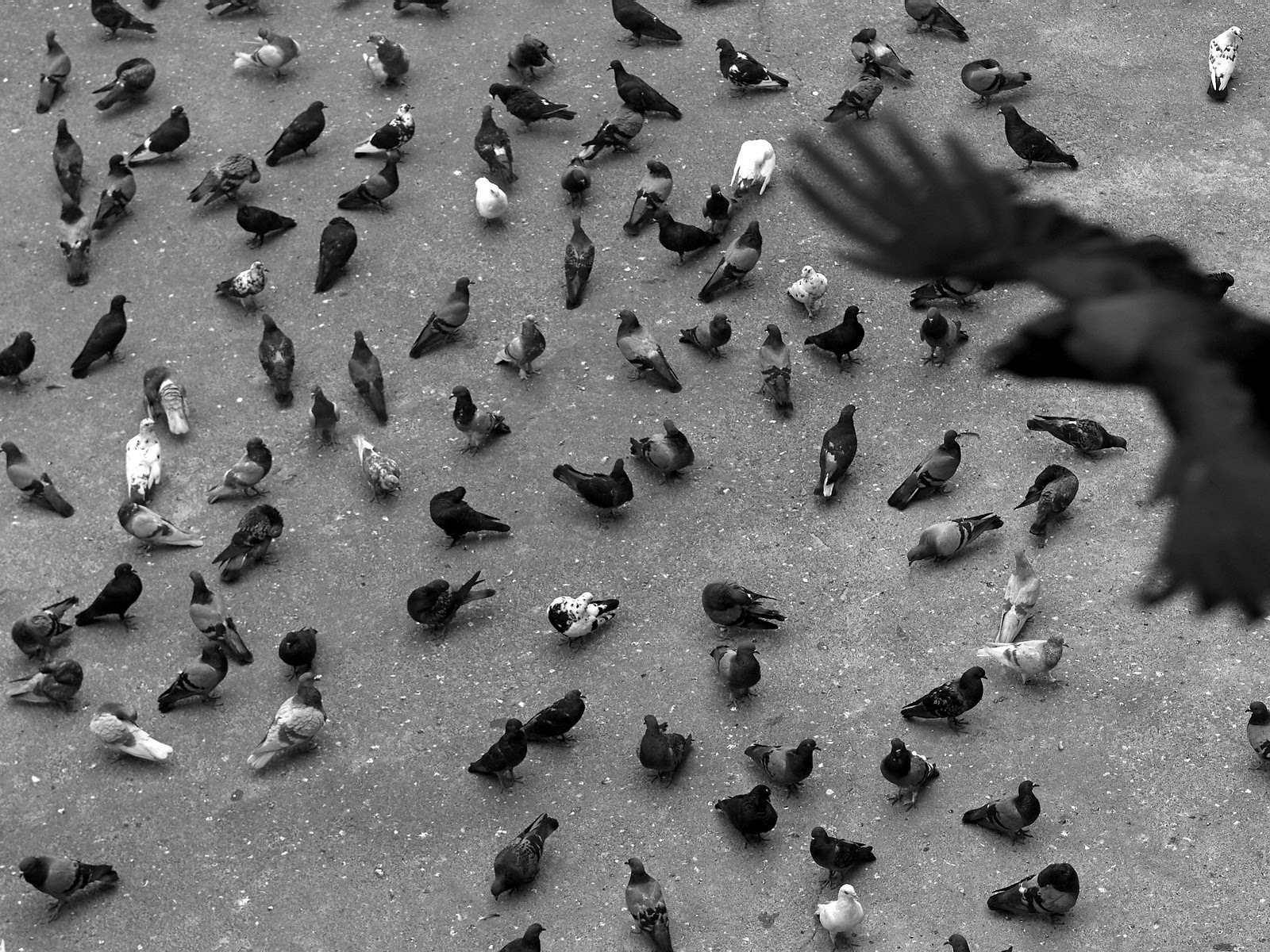 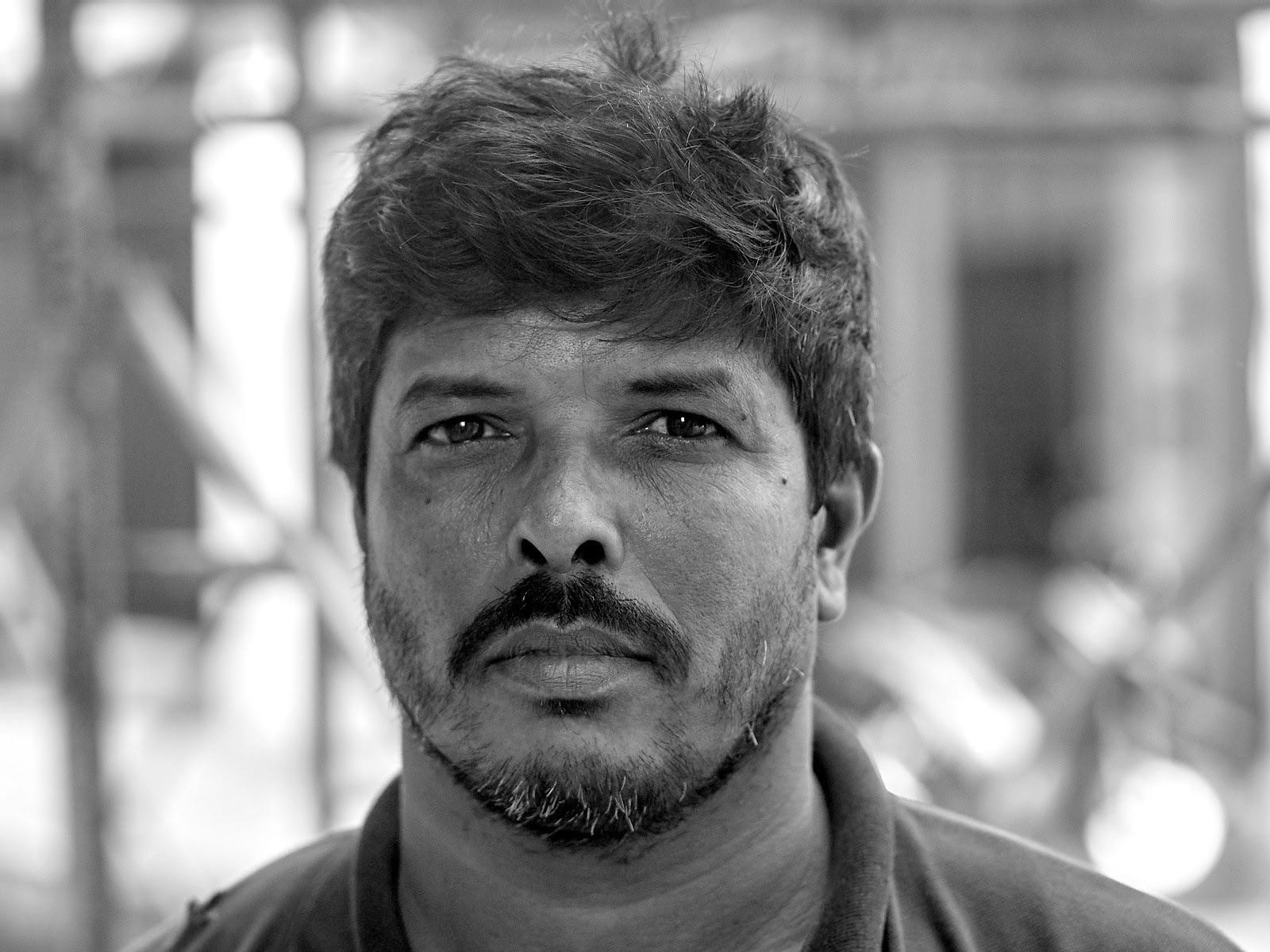 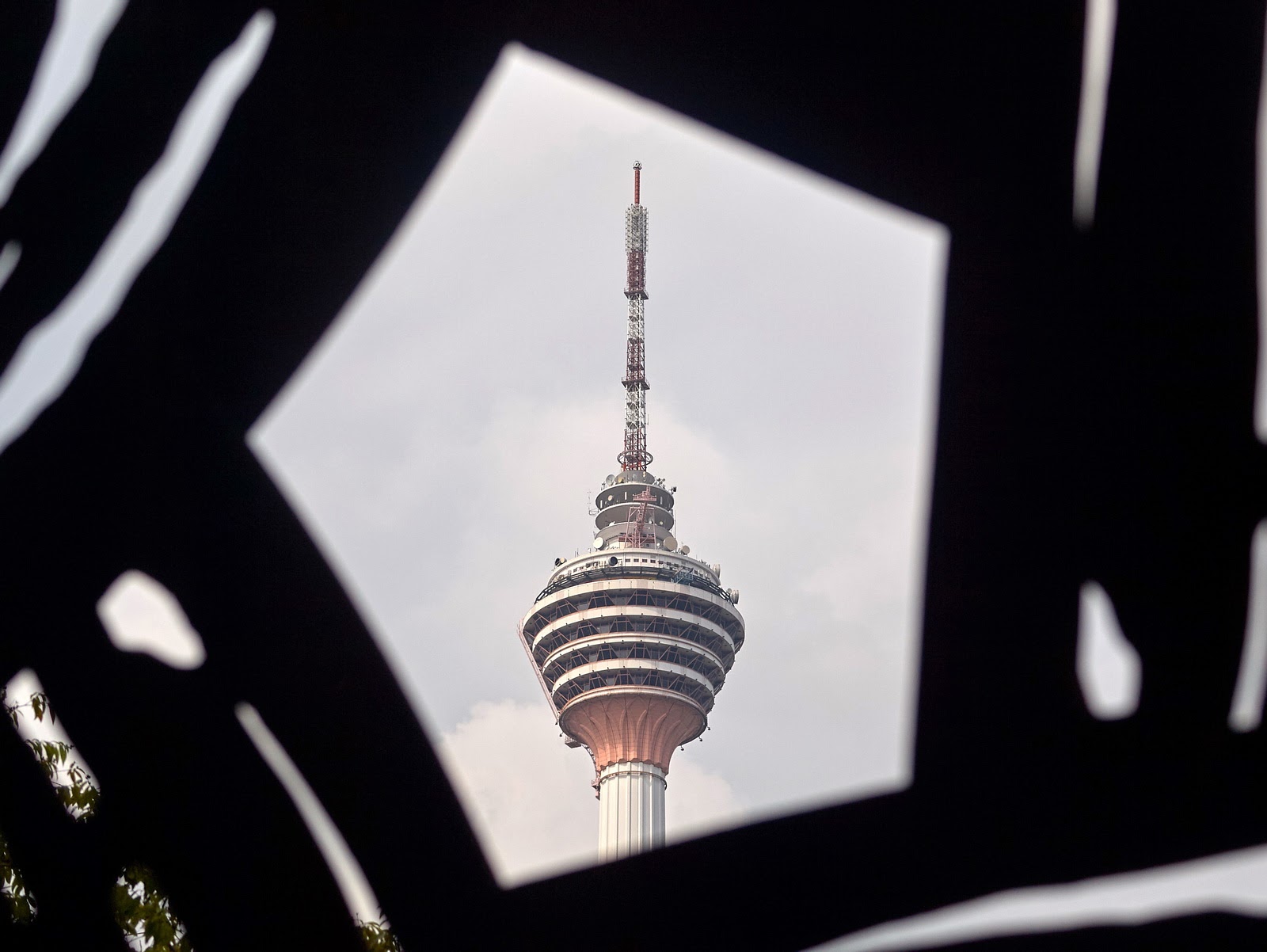 I know some of you have been with me right from the beginning, for that I thank you for still staying here, it is indeed an honor being able to share and write here. For the newcomers to this site, I welcome you, and I hope you have found this “history lesson”  interesting, and you get to understand where I was coming from better.

If you have owned an Olympus E-system camera before, I would love to hear from you! Share your experience and your tales with your camera. I used E-520 and E-5 extensively before I switched over completely to Micro Four Thirds system.

It has been super fun reliving the nostalgia of shooting with my first DSLR – I hope you have enjoyed my sharing too. Do let me know what you think of the YouTube video I have posted, I am extremely new to video making, so any feedback is most welcomed.