Skip to content
So the last thing I did before returning the loaned Olympus OM-D E-M5 Mark III was testing it for vlogging. It is something that I do not do really, I don’t call my videos vlogs, I think they are just videos with content that I have planned carefully and with clear ideas and messages that I wanted to convey. I think vlogs are just random people recording videos of themselves doing random things, or ranting about their lives, which can be fun an entertaining, but my life is nothing but random, and I don’t think I am that fun. Therefore, the general vlogging format does not suit my approach in doing video, but I acknowledge a majority of content creators, YouTubers and social media influencers (oops did I just say the word influencer out loud?) have come to love and use the vlogging method as a part of their content and routine. I made this video, and extension to that, this article to discuss the use of Olympus OM-D E-M5 Mark III as a vlogging tool.
The 5-Axis image stabilization on the E-M5 Mark III is probably the single, most stand-out feature and capability of the camera against any other competitors in the market. Like seriously, did you see how amazingly smooth and steady the footage from E-M5 Mark III is? It is like having a mini gimbal or steadycam. Ok truth to be told the level of stabilization is nowhere near what a true gimbal can do, but still it is the best we can get at the moment in the market on a camera and the image stabilization can make a lot of difference for small creators, YouTubers or cinematographers starting out using minimalist and simple gear setup. It just freaking works!

Walking around with the E-M5 Mark III, holding it with my hand, was not fun. I do not enjoy doing videos this way. The multitasking is real – hold the camera with one hand, walk, make sure not hit by car or motorbike, or walk into an open drain (we have a lot in Malaysia), think of what to say, and make sure you are within the frame.  The amount of brainpower required to execute the typical vlogger style video is insane. It is not only dangerous, but not easy to execute! Massive respect to all vloggers out there. As for me, after this video, I will resume my simpler video shooting style, have the OM-D camera rested on a tripod and just talk without having to worry about 10,000 things while I do that. 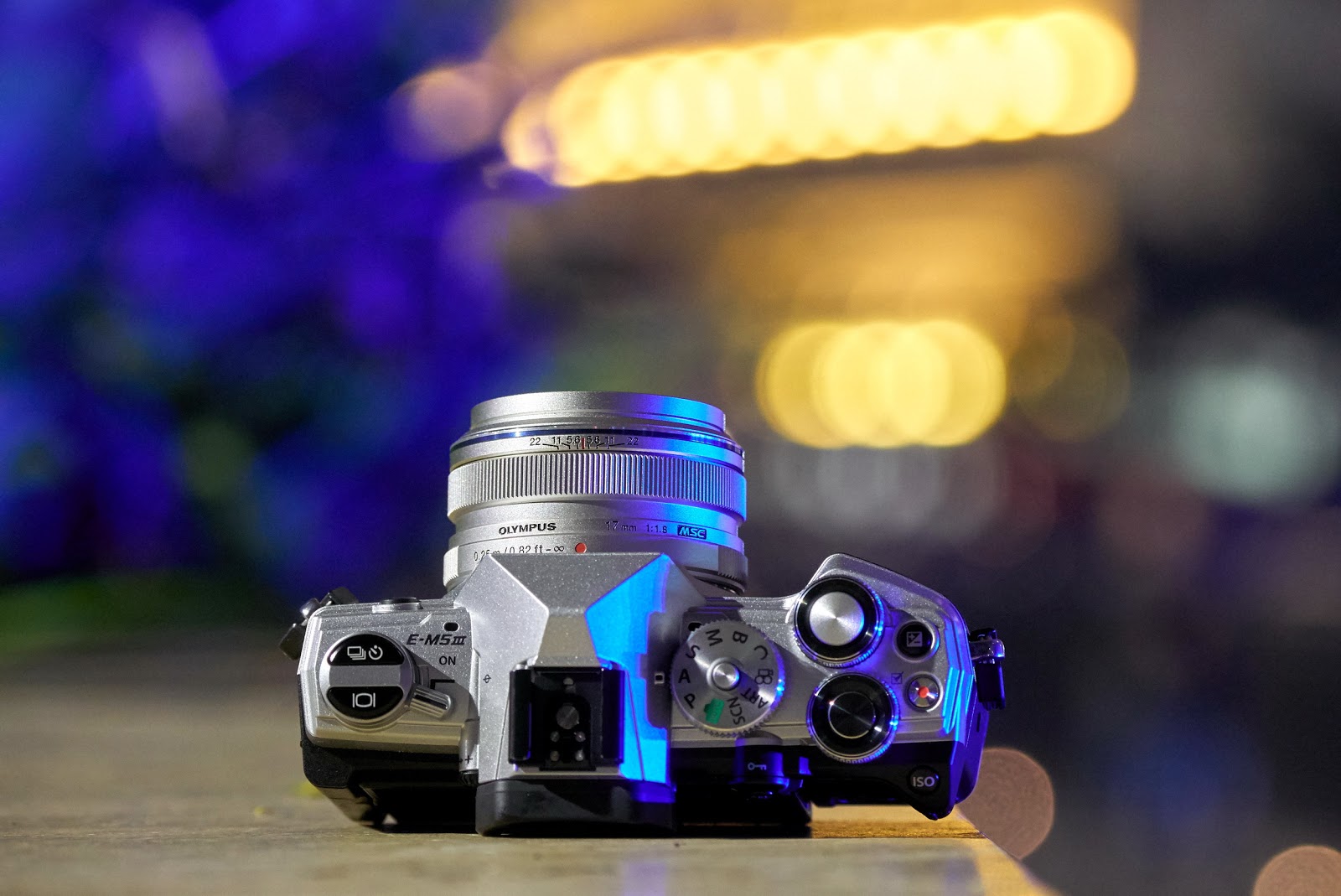 The Autofocus was fantastic. I tested the AF on 3 lenses, 17mm F1.8, 12mm F2 and 45mmm F1.8. The AF had no issue locking  onto my face without being easily distracted by people moving within my frame, or any other subjects. Even under severe backlit, the AF worked extremely well, staying on my face. It stays on me throughout the duration of the video, and the AF did not even fail one. Bear in mind that if you use Panasonic lenses, the AF effectiveness will dip a little, and if you use an even older lens from Panasonic, the AF reliability will drop. If AF is priority when shooting video with E-M5 Mark III, just use Olympus lenses. It is not like they lack choice. There is plenty to choose from!

What else do you need from a Vlogging camera? There is a microphone input, which I used my lavalier microphone to record my own voice. There is no audio monitoring, which is a bummer, but if you want to do any serious video production, go to E-M1 Mark II and E-M1X guys, they even have the OM-LOG400 profile which is missing from E-M5 Mark III.

But hey, I am not the typical vlogger. But in terms of image stabilization, C-AF during video tracking face, clean, sharp footage and having that cinematic, amazing colors and look straight out of camera with minimal work necessary, the E-M5 Mark III may just be for you!